US$120
View deal
Priceline
StayForLong
Prices are provided by our partners, and reflect total costs of the stay, including all taxes and fees known to our partners. Please see our partners for more details.
Payments made by partners impact the order of prices displayed. Room types may vary.
Luv2BTrekking
Calgary, Canada
18081

The 4 rating is totally for the sea views from the clifftop deck which are amazing and offer great views of the shoreline and famous pancake rocks. Check in was interesting - self check in with key hanging on board with your unit and name. Land line was available beside check in board if there were any issues, but thankfully we didn't have to test it. Just happened to see a sign to glow worms as we walked to our studio unit. Later that night we followed the sign and walked about 25 feet into the forest to see the glow worms. Info about the walk and how best to see the glow worms would be an excellent addition.
Now the opportunities - the studio could use a really good dusting. With the coastal moisture, there were dust collections everywhere and several surfaces that hadn't seen a cloth in quite some time. We didn't need to use the kitchen facilities but they could use some attention as well.
The location was great, but based on other NZ accommodations the rate should have been much less than $190.More

Show less
Room tip: If you're booking a studio, #1 has the view. The cottages all seemed to have good views except for the Bush Cottage
See all 109 reviews
Payments made by partners impact the order of prices displayed. Room types may vary.
Nearby Hotels 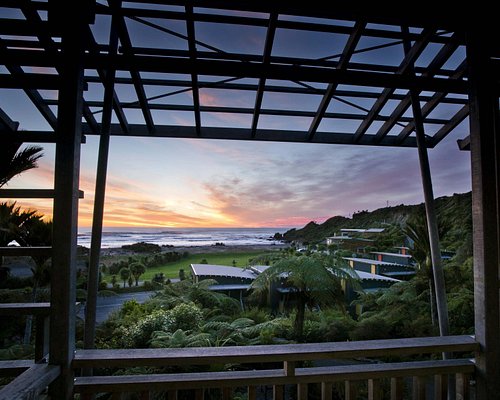 Expedia.com
View deal
Hotels.com
Agoda.com
US$133
Travelocity
View all 15 deals from US$133
890 reviews
0.7 km from Paparoa Park Motel
We compared the lowest prices from 15 websites 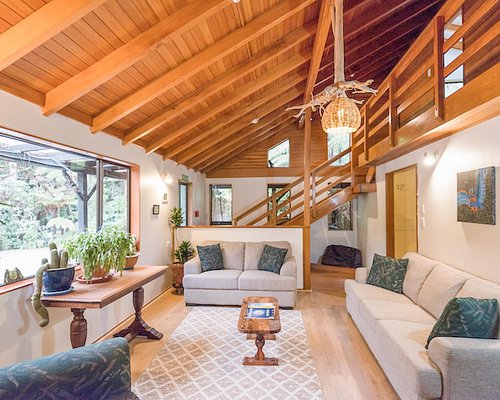 Hotels.com
View deal
Expedia.com
US$60
Booking.com
US$60
Priceline
View all 10 deals from US$60
293 reviews
3.8 km from Paparoa Park Motel
We compared the lowest prices from 10 websites 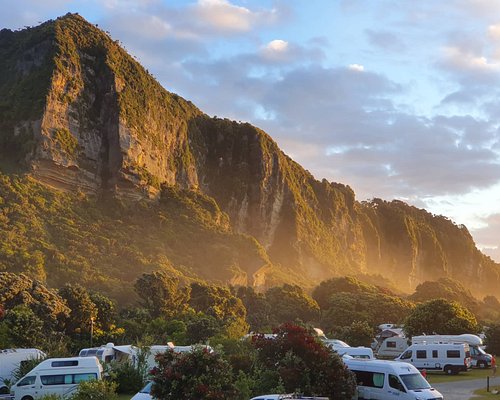 we stayed in Blowhole Cottage which overlooked the Pancakes Rocks and Blowholes in the distance. The parking was a bit tight, but at least close by. the size of the cottage was adequate for the two of us and the views were outstanding. The self checkin was easy. The location is remote so you need a car. There was a hob, microwave, kettle and toaster, but no oven. The bathroom was very small. After an hour we had a friend turn up, a female Weka. The next morning we had her and a chick who enjoyed a selection of treats. The Pancake Rocks and blowholes are a five minute drive away.

This review is the subjective opinion of a Tripadvisor member and not of TripAdvisor LLC.
RonP967
Greenfield, United Kingdom
529286
Reviewed 12 February 2019
Stunning views

Four years after our first stay at this motel we just had to make a second stop during our recent tour of the South Island. The motel has recently changed hands but is still up to the same standard that we knew. We had Beach View apartment which has stunning views back along the coast to Pancake Rocks. Once inside there is no noise at all from the road and it is so peaceful. The shower unit is a bit cramped but we could live with that. The living area is spacious and the bed very comfortable. The Weka we remember from our last visit still comes to the veranda each morning and now has a grown up chick. We will certainly be booking for stays here in the future.

This review is the subjective opinion of a Tripadvisor member and not of TripAdvisor LLC.
Jofisch
Dubai, United Arab Emirates
3217
Reviewed 3 December 2018 via mobile
Well fitted and very convenient for touring Punakaiki

Quiet (just the sound of the waves to help you drift to sleep), beautiful view, well organised. It was perfect for spending the night before visiting the pancakes and blowholes at Punakaiki!
The bathroom was very tiny but we still managed.

This review is the subjective opinion of a Tripadvisor member and not of TripAdvisor LLC.
Twig
london
132155
Reviewed 19 March 2018
Beautiful view

I was slightly disappointed with this motel, probably because after seeing the photo's my expectations were high. When we were checking in a man came into the office and interrupted me, I expected the owner to tell him to wait or at least apologise to me, but he just dealt with him instead. Our room had a lovely tall ceiling, and was clad in wood, but it felt quite old, and it was the only motel we stayed in, where the kitchen was right next to the bed, which wasn't great. After checking in we made tea and went to sit out on the deck. The view was amazing, but I was surprised that the path to it was so overgrown.
In the evening we ate in the village and there was a large notice saying that tap water was not drinkable. I asked if this was just for their pub, and was told that water in Punakaiki should not be used. We bought some bottled water, but were concerned as we had filled our water bottles with tap water at the motel. We weren't ill, so it can't be too bad, but the motel should have warned us, and ideally provided some bottled water. When I got back to the hotel I checked their information book to see if it was mentioned, it wasn't, but I learnt that they had glow-worms. By this time it was too late to go and see them, so again it would have been nice to have been told at check-in.
There was no one around in the morning when we checked out.

Hi Twig,
I am glad you rated us highly for the Beautiful View, nobody can deny that! I believe it is one of the best views I have ever seen (which was why I bought the place)
I'm sorry if some of the photos were incorrect, I welcome feedback and would like to correct any misleading photos.

I also apologies for the other Guest interrupting you (yes, I remember), that group were particularly challenging and outspoken but I felt they would cause more comotion if not dealt with swiftly.

Now. overgown!
This is the "Jungle of NZ" You would't believe how fast the flora grows here, that is the charm of the west coast, I have a full time "gardener/bushman" with Stihl chainsaws,loppers,axes and machetes. I personally spent 2 years of hard labour along with my brother remodeling the flora so all the guests could appreciate the fantastic views.

The water provided at the Paparoa Park Motel is probably (not Carlsberg) the best water you could ever drink. I have a state of the art water reclamation and purification plant which is totally independent of the local water supply which supplies most of the other properties in the local area

I don't mention the water quality at the motel or online because there isn't an issue with water quality, nobody, including my family has ever become ill from our delicious NZ water. Maybe I will update our website to make it clearer that the water is potable.

Report response as inappropriateThank you. We appreciate your input.
This response is the subjective opinion of the management representative and not of TripAdvisor LLC
MelbourneSeashell
Melbourne
15579
Reviewed 15 March 2018 via mobile
Brilliant view, glow worms on site

This hotel has all you need. It is not flashy and the room we stayed in was a redecorated fibro hut. ..but they had tried hard with good quality sheets , a small lounge and amenities. The hero here is the fantastic view and it is close to walks, cafe and pancake rocks. I would stay again just for the best view in punakaiki..
The other winner is easily accessible glowworm grotto