US$87
View Deal
Free cancellation until 13/03/21
Reserve now, pay at stay
Expedia.comUS$88
TravelocityUS$88
Agoda.comUS$87
View all 11 deals
Prices are provided by our partners, and reflect total costs of the stay, including all taxes and fees known to our partners. Please see our partners for more details.
Payments made by partners impact the order of prices displayed. Room types may vary.
SammLauckner
Tulum, Mexico
2

The best place to call home when you’re traveling!

It’s hard for just “any place” to feel like home. Yet, whether it was inside on the bed or outside on the rooftop patio or even downstairs on the hammock, Acrotravels Acroyoga enjoyed staying at Villa los Mangles. They made it home as opposed to just “any place.”

Los Mangles was a necessary retreat from the daily grind for both Ale and me. We relaxed, ate delicious food, met a ton of good souls, and stayed at a beautiful space that we felt like we could call home for a couple of nights. Their space was phenomenal — from the shower at the bottom all the way up to the shower on the rooftop.More

Show less
Trip type: Travelled as a couple
See all 177 reviews
Payments made by partners impact the order of prices displayed. Room types may vary.
Nearby Hotels 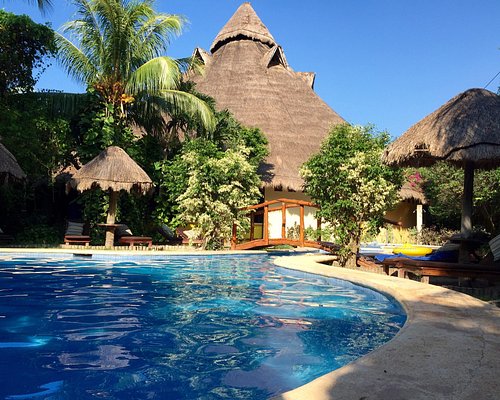 Hotels.com
View Deal
Free cancellation
Expedia.com
US$363
Booking.com
US$363
eDreams
US$363
View all 11 deals from US$363
1,054 reviews
0.6 km from Villa los Mangles Boutique Hotel
We compared the lowest prices from 11 websites 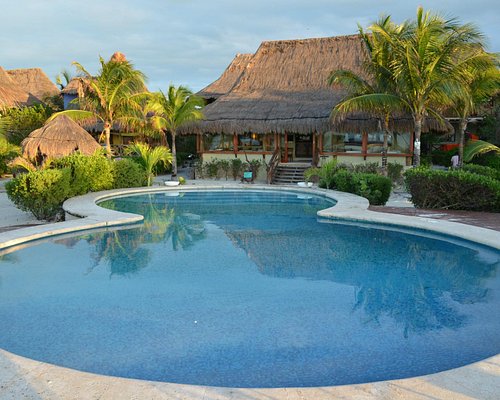 I really don’t know where to start with this review...

1) the lack of consistent hot water,
2) the horrible sewage smell around the area behind the room that wafted in when you left the windows open,
3) the broken airconditioning,
4) the broken toilet flush or
5) the fact that despite having 4 different wifi networks to connect to none of them work consistently,

But by far and away the worst experience, and not just during my holiday in Mexico but ONE OF THE WORST EXPERIENCES OF MY LIFE was the fact that the Rottweiler guard dog that lives on the property BIT ME ON THE FACE which resulted in a deep laceration to my lip which needed 3 stitches.

On top of all this, after initially being a bit sympathetic the owner (Antoine) subsequently denied any wrong doing whatsoever, suggested that I in fact headbutted the dog (!!), told me to get lost and blocked my telephone number so I could no longer contact him.

Whilst it was clearly not a ferocious attack and more of a nervous bite when playing with the dog having returned late one evening, the simple fact is THAT A DOG CAPABLE OF BITING A GUEST IN THE FACE SHOULD NEVER BE ALLOWED ON THE PROPERTY let alone live there unmuzzled and unchained all year round. Imagine if it did the same to a small child not a full-grown man!

Antoine’s justification for his sudden change in attitude was that he had CCTV footage of the incident. I have also seen the footage and you can clearly see the dog snapping at my face. I also have a medical report from the attending doctor stating that this was a laceration caused by a dog bite. He also justified his rudeness by stating that my girlfriend (who he shockingly described as a “witch”) was rude to the manager who kept saying it was very unlike the dog to bite someone when all my girlfriend was trying to do was trying to get medical attention as soon as possible in what was clearly a highly destressing situation for her!

To make things even worse, when we asked to see the dog’s rabies vaccination history the owner Antoine WAS NOT ABLE TO PRODUCE THE VACCINATION DOCUMENTATION which meant that we had to treat it as a possible rabid dog bite and get all of the precautionary rabies jabs (some of which had to be administered directly into the lip wound) all at my own expense because the owner had wiped his hands of any blame and blocked our numbers!

I am currently considering whether or not to bring legal action against Antoine due to his negligence in allowing a dog that is capable of biting someone on the face to roam free on the property without a muzzle and for not vaccinating the dog properly either. In the meantime I WOULD STRONGLY RECOMMEND YOU DO NOT STAY HERE because the owner clearly does not care about the safety or wellbeing of his guests.

This review is the subjective opinion of a TripAdvisor member and not of TripAdvisor LLC
evienrob
Chicago, Illinois
63
Reviewed 6 February 2020 via mobile
Unwinding in paradise

My hubby and I live in Chicago and needed a relaxing beach getaway so we chose Isla Holbox. Villas Mangles was the second boutique hotel that we stayed at, our room was Armonia #1. I wish I would have booked our entire stay here. It’s a lovely boutique hotel with a kitchenette. Very clean. Cristina was wonderful and provided us with her phone number in case we had any questions or needed to contact her. Xura the dog was the sweetest. The beach is about a minute walk away. I would definitely return in the future.

This review is the subjective opinion of a TripAdvisor member and not of TripAdvisor LLC
Grissbcn
1
Reviewed 13 November 2019
Wonderful Boutique Hotel in Holbox!!!

I spent the most amazing holidays in this fabulous Boutique Hotel. Great location just 2 min from the beach. Great service and awesome host ;-) very relaxing place, very clean and cozy. I loved the dog (Xura ) and the Host ()
I highly recommend it!!!

This review is the subjective opinion of a TripAdvisor member and not of TripAdvisor LLC
Alptech
Stockholm, Sweden
7646
Reviewed 25 April 2019
Tropical paradise

We stayed five nights at the lovely Villa los Mangles! As we stayed in the "Love Palapita" apartment we had a huge terrace on our own. The room was in super condition and the bathroom very spacious. It was thoroughly cleaned every day. Everything spotless. The view from the terrace was nice, overlooking the tropical mangrove forest. Just a few minutes walk and we were at the beach, a bit away from the crowds at a very quiet part. We also become good friends with the super friendly dog Churro, who always came cheering on us. The only thing we missed in the apartment was a small micro or kitchen section so that we could have fixed some breakfast out on the terrace.
We were very well taken care of. It was indeed a super friendly place to stay and Holbox was very charming.

We are really glad you enjoyed your stay at Villas los Mangles, it is always nice to welcome kind guests like you as the guard dog (Xurah) was also happy with your visit.
We are in total agreement on the Palapita Del Amor room requires a kitchen area besides of having a good space for it.
In a couple of days we'll begin the expansion and remodeling of the room incorporating a big size bed, kitchen area as well as one open shower for the total enjoyment of your stay.

We would be glad you see it renovated and back to enjoy it.

Report response as inappropriateThank you. We appreciate your input.
This response is the subjective opinion of the management representative and not of TripAdvisor LLC
kebsalpip
31
Reviewed 19 March 2019
Excellent Peaceful Hotel

We have stayed at Los Mangles 3 times in the last few years , each time for a longer period. We find the location is perfect for access to beach and a short walk to the town. The hotel is located away from the beach by aprox 200m and has a nice quiet location off the road. The room we stay at is beautiful, clean and well appointed . The garden area in front of the rooms is nicely shaded with trees and they are in the process of repairing , regrowing some low flowering vegetation which was damaged by storm. The garden area is always tended , raked and it is pleasant to sit and enjoy the peaceful ambience.
Antoine the owner very accommodating in arranging transfers, excursions and sight seeing, in addition to being informative about options and what is available.
Internet access is good. Hotel staff are also very pleasant and friendly.
Overall we love staying in this location. It is a nice respite from the heat of the beach or the from a busy evening "downtown".