US$251
View deal
Booking.comUS$251
FindHotel
Agoda.comUS$250
Trip.com
Expedia.com
Hotels.com
View all 13 deals
Prices are provided by our partners for one room, with variable occupancy rules as provided by the property, and reflect total costs of the stay, including all taxes and fees known to our partners. Please see our partners for more details.
Payments made by partners impact the order of prices displayed. Room types may vary.
CazShaw
East Corrimal, Australia
4327

Our suite was beautiful with doors opening up onto the lawn - it had everything you could want whilst on holiday.
Each evening there were complimentary canapes and drinks - while we were there these were hosted by Lisa. She was so lovely, chatty and willing to help however she could. It was a fabulous opportunity to meet other people staying at Lime Tree Lodge - like one big happy family all sitting around the fire talking.
On our first night we were tired so decided to have dinner at the property - what a fantastic decision. The food was sensational and we sat around the big dining table chatting to another couple staying there.
On the second day we ate out at lunchtime so only wanted nibbles in the evening. We decided to sit by the pool and Lisa was so kind to keep coming out and checking on us to see if we needed anything (she even brought us canapes and wine).
A fabulous place to stay - would highly recommend.More

Show less
Room tip: The suites are fabulous however all rooms are very high quality with doors opening onto the lawns and gardens.

Thanks for the review and so glad you enjoyed your stay with us. Lisa is a gem and we're so pleased to have her on board. Let us know if you want to come back.

Report response as inappropriateThank you. We appreciate your input.
This response is the subjective opinion of the management representative and not of TripAdvisor LLC
See all 196 reviews
Payments made by partners impact the order of prices displayed. Room types may vary.
Nearby Hotels 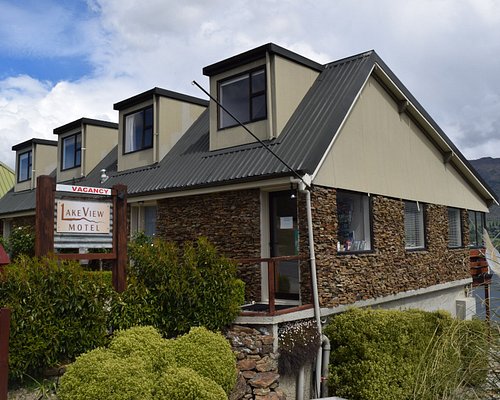 Lakeview Motel
US$108
Booking.com
View deal
Free cancellation
Reserve now, pay at stay
Hotels.com
US$106
FindHotel
US$70
Expedia.com
US$106
View all 15 deals from US$70
297 reviews
7.1 km from Lime Tree Lodge
We compared the lowest prices from 15 websites

Wanaka Hotel
US$111
Booking.com
View deal
Free cancellation
Reserve now, pay at stay
Hotels.com
US$110
Agoda.com
US$86
Priceline
US$98
View all 14 deals from US$86
686 reviews
6.8 km from Lime Tree Lodge
We compared the lowest prices from 14 websites

Very disappointed to have to leave this review. My wife and I spent two nights of our honeymoon here at Lime Tree Lodge, and very much enjoyed our stay while were there…the entire property was really nice and our rooms were spacious and comfortable. It was pouring rain while we were there and our planned activities had been canceled. The hotel offered to arrange a wine tour, and we thanked them for this and signed up for it. When we were checking out, we specifically asked the check-out person whether there were any outstanding charges and she said everything had been taken care of.

On the day we arrived home, I received a telephone call from the lady that worked at reception who had assisted us. She began by asking if we had left any clothes there. I told her that I didn’t think so, and she said there were male trousers that had been left. Seeing nothing missing, I asked her to send us a picture and she agreed to do so. The photos indicated that these were not our clothes, and I informed them of this. She then said in a rather accusatory tone of voice that we had left without paying for the wine tour. My wife and I told her that we specifically asked if there were any outstanding charges that needed to be cleared up before we left, and were told that our cards had already been charged. Thus, I asked her to send me an invoice showing what we already paid. She sent a message on Expedia stating that we had left without paying and asking for us to pay. I told her that I thought my card had already been charged, and promptly paid the charges that they had forgotten to bill on our card.

I thought this whole interaction was very unprofessional. They forgot to add charges to our bill, and then acted like we intentionally left without paying and then said that we had left clothes behind (when we didn’t). I would suggest that the receptionist take a course on better customer service, because the rudeness of this interaction ruined the experience for me. I would not go back.

We are so pleased so had a great stay with us and we are so upset about your final experience with us. The billing aspect of our business is always a tricky question and we unfortunately all make mistakes, especially during the busy season.

On behalf of all the team here, I would like to apologize as it is not our standard practice. We simply had some miscommunication with the wine tour operator and thought he was the one taking the payment from his side.

However we all learn from our mistakes and we have been even more careful with these type of situation since it happened to you.

If there's anything I could do to help, please let me know.

Report response as inappropriateThank you. We appreciate your input.
This response is the subjective opinion of the management representative and not of TripAdvisor LLC
elekule
Amsterdam, The Netherlands
9833
Reviewed 19 January 2020 via mobile
Outstanding!

The property is located on the outskirts of Wanaka. This is a boutique lodge with a small number of rooms. We were very fortunate to have been upgraded to the suite which was very spacious, very clean and very homely. The grounds on which this property is situated has the feeling of a country estate with its beautiful gardens and animals. Breakfast is also cooked for your personal taste. Overall, we found this to be a stunning property.

Thanks for the review, glad you enjoyed your stay!

Report response as inappropriateThank you. We appreciate your input.
This response is the subjective opinion of the management representative and not of TripAdvisor LLC
alan122151
Michigan
2
Reviewed 4 December 2019 via mobile
Awesome Property

Had a great stay with my family. Very clean and updated. Perfect atmosphere to mingle with interesting people. Great breakfast. Left one shoe there and it was promptly mailed back to USA. Recommend highly.

Thanks for the review! it was great having you here too.

Report response as inappropriateThank you. We appreciate your input.
This response is the subjective opinion of the management representative and not of TripAdvisor LLC
FrancineLemmich
3
Reviewed 24 November 2019 via mobile
6 stars! Gourmet, absolutely fantastic

We fell in love with this place. Linda welcomed us in this wonderful property and showed us around. We soon smelled the delicious odors emanating from the kitchen where Nico, the Chef, was preparing the dinner for the guests who like to stay. It would be the biggest mistake not to dine there. Nico is so talented and prepares exquisite dishes, that will please all your senses!! We felt like we were invited to friends place, except that none of our friends can cook as well :) Linda also contributes significantly to the guests wellbeing. She is authentic and pays attention to details. The property is a dream, with wonderful gardens, everything spotless and well maintained. The rooms and beds are also very very comfortable. You wake up with the songs of the birds. We left this morning and already miss the lodge and their wonderful hosts, thanks again to the entire team, also those behind the scene (e.g. cleaning)

This review is the subjective opinion of a TripAdvisor member and not of TripAdvisor LLC
Denis_J_Mal
Singapore, Singapore
2510
Reviewed 14 November 2019 via mobile
Luxury!

Spent 1 night here with my wife 1st week Nov. Lime Tree Lodge is an oasis of luxury just outside Wanaka in quiet and secluded grounds. Superb staff - friendly, warm, chatty - it’s like you’ve known them forever! Lisa was on duty when we checked in, and very sorry, forget the name of the lady (Susie ?) who was on duty following morning, who make you feel at home as soon as you step in and can’t do enough for you. Excellent dinner prepared for us on the night we arrived by the in-house Chef who kindly and creatively catered for our various dietary restrictions, and followed up next morning with an equally excellent breakfast by the morning Chef. Would we stay here again if in Wanaka? Absolutely!

Thank-you for the kind words we are glad you enjoyed your stay here at Limetree Lodge, and would be thrilled to have you back.

Report response as inappropriateThank you. We appreciate your input.
This response is the subjective opinion of the management representative and not of TripAdvisor LLC
View more reviews
PreviousNext
123…33