US$111
View deal
TownePlace SuitesUS$111
PricelineUS$111
Agoda.comUS$116
View all 17 deals
Prices are provided by our partners, and reflect total costs of the stay, including all taxes and fees known to our partners. Please see our partners for more details.
Payments made by partners impact the order of prices displayed. Room types may vary.
nicole c
Newark, New Jersey
3238

Clean pandemic traveling and the pool was open!

My family and I recently visited Virginia to see family. We decided to stay in a hotel to limit our interaction with other family members. Our stay was nice, the rooms were clean and the wifi was strong. F.Y.I. the hotel is not serving breakfast at all. I think a grab and go breakfast would have been nice, but you're on your own folks for breakfast. Yes their outdoor pool is open and luckily we had the pool all to ourselves on Sunday for about four hours. I noticed that the front desk staff is not wearing masks at all times and I think that's questionable choice, however all housekeeping attendants had their masks on consistently. The hotel said that they try to space out the room reservations so no one is in a room directly after booking, I truly hope that they are telling the truth. Overall we were happy with our stay! Safe travels everyone!More

Show less
See all 202 reviews
Payments made by partners impact the order of prices displayed. Room types may vary.
Nearby Hotels 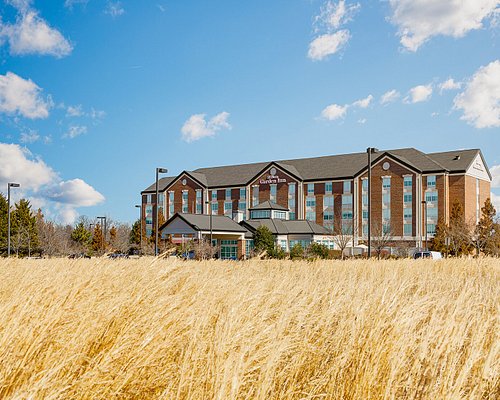 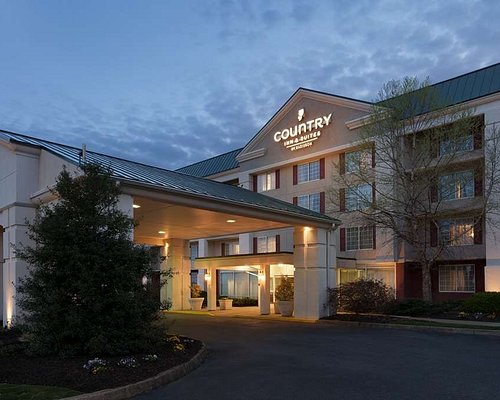 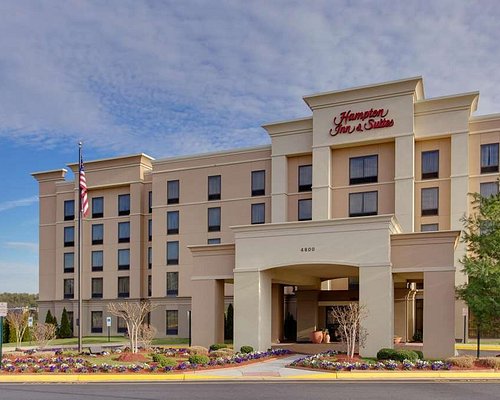 Expedia.com
View deal
Free cancellation
Pay up to 12X
Booking.com
US$84
Agoda.com
US$79
Travelocity
US$93
View all 17 deals from US$79
1 review
6.2 km from Towneplace Stes Frede Marriott

Our most recent stay was our third stay at this hotel within the past year. We have never been disappointed. Clean and efficient rooms with kitchen facilities. Hotel staff is very welcoming. Best value for the dollar. Many restaurants within a five minute drive. Easy on and off access to Interstate 95. Also pet friendly. I used to travel frequently for work. I would have loved to have stayed at a place like this.

This review is the subjective opinion of a TripAdvisor member and not of TripAdvisor LLC
EastCoast2019
2
Reviewed 13 December 2019
Filthy, no accountability, no hospitality. Watch Out.

This is worse than a run-down road side motel. Corrupt management, corrupt ownership. Beware.

There was a non-slip mat in the tub that had started to come up at the edges & was covered in human scum, like it had been there and like that for years. Because there was no other room option, to be able to even use the tub, I had to remove the mat myself. I used every muscle in my arms and back to pull that mat out of that tub, and then I scrubbed and scrubbed and scrubbed the tub to get the caked on dirt under the mat off the tub. That took over an hour in the middle of the night (I checked in at 11 pm).

When I called the manager upon check-out, he came to the room and stood there with a stone cold expression that did not change. There were numerous other filthy conditions in the room (urine stained mattress pads, a used washcloth left on the night table, garbage left under the bed). After showing him all this and telling him what a nightmare I went through to be able to use the tub, he finally apologized and said those conditions were not normal and that he would meet me at the front desk. I fully expected a full refund, at a minimum.

When I got down to the front desk, I waited several minutes before he came out from the back. He then said because it was after my check-out time (remember I spent an hour of MY time and hard labor cleaning the room to make it acceptable), he had the disgusting nerve to say that because I was an hour late leaving he would not be offering any compensation. He gave me a receipt stating my card was charged $121 when I walked out the door (the cost of the room), and there is now a charge on the card for $161 - a fraudulent additional charge of $40, on top of everything else.

I am now forced to file a legal claim against the property owner, Nadir S Gilani, who also owns a Fairfield Inn in Stafford, VA, as well as his general manager, Khurram Burney, because he is responsible for his abhorent behavior. From other reviews, I see I am not alone in my experience.

Your comments about the room are fabricated and unfound as discussed while you were at the property. The additional charge of $40 would have been more if we were able to authorize more on the card for items that were stolen from our suite. The total for those stolen items is $150. We have reported you to other local hotels and Marriott Headquarters.

Report response as inappropriateThank you. We appreciate your input.
This response is the subjective opinion of the management representative and not of TripAdvisor LLC
michigansurveys
Norfolk, Virginia
665
Reviewed 11 November 2019
Just an overnight stay

Just one night stay at the Townplace suites. I got some microwave popcorn with a Marriott welcome gift, but no microwave in the room. I am not sure what the point of that was. I usually don't pack my own microwave. But I had a nice big clean room with a comfortable bed. A good stay and a place I would return to. Thumbs up for me.

This review is the subjective opinion of a TripAdvisor member and not of TripAdvisor LLC
jaynnc
Charlotte, North Carolina
62
Reviewed 26 September 2019 via mobile
Not what I expected for almost $200 for the night

I booked this room tonight at the last minute. I booked a two-bedroom suite for my mother and I. When I walked into the room it has a strong odor of wet carpet. Upon further inspection, the room is extremely worn down with old worn out furniture, a dirty stove, leaky bathtub faucet, worn out towels and nasty looking carpet. I really hate to say this but it reminds me of a room you would get in Myrtle Beach of a no-name Motel. The room looks like it has been “partied” in several times. I am so surprised Marriott still permits their name to be attached to this property. It appears the property received a “soft” remodel; This property needs a major renovation or the flag should be pulled. If I didn’t have my elderly mother with me and she wasn’t already tired from being in the car for five hours, I would have turned around and checked out and got my $200 back.

This review is the subjective opinion of a TripAdvisor member and not of TripAdvisor LLC
jgorton3
Harleysville, Pennsylvania
101
Reviewed 12 September 2019 via mobile
Cancelled my reservation without telling me

Had a reservation here but when I arrived at 3:30 a.m. after doing mobile check-in through the Marriott app I was told my reservation had been cancelled and that I was charged for the night. Apparently it was because I didn’t contact them, but I did the mobile check-in so I didn’t know I had to. The person at the desk told me they had no rooms left, even though I had guaranteed my reservation with a valid credit card and they couldn’t walk me to another property after giving my room away and making me pay for it. I drove three hours after a 10.5 hour work shift and was basically told to leave.
I called two days later to talk to a manager about getting my money back and spoke with someone who screened the call, listened to what I had to say and then told me the manager would call me back. Two weeks later I am still waiting on that call back and I had to dispute the charge with my credit card company to get my money back. Overall, terrible service and I will advise anyone that asks not to book this hotel. You’d be better off booking whatever the Hilton property is up the road.

Thank you for sharing your feedback. I am very sorry to hear about your experience. A manager will contact you for further assistance.

Report response as inappropriateThank you. We appreciate your input.
This response is the subjective opinion of the management representative and not of TripAdvisor LLC
View more reviews
PreviousNext
123…34