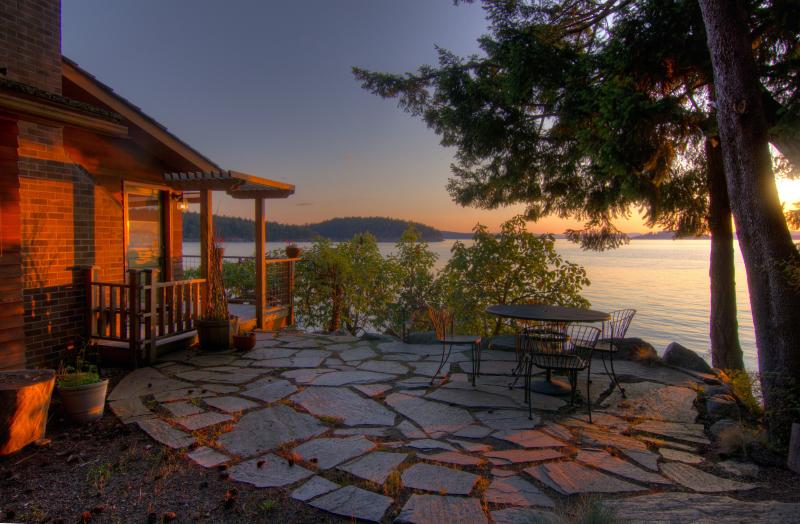 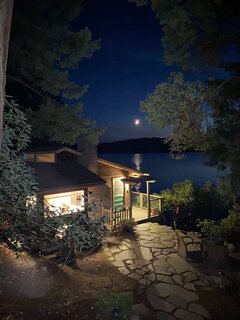 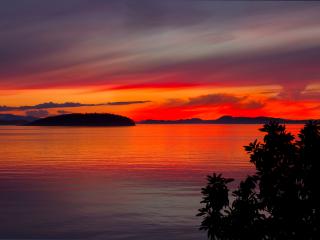 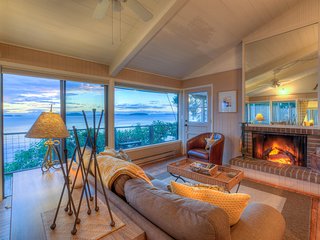 Excellent - based on 130 reviews
Write a Review

This cottage was perfect. It was very private and quiet. The noises consisted of lapping waves, wind in the trees and the occasional boat motor in the distance. It was enough to make this one of the most relaxing, calming vacations we have been on. The decor was charming and we enjoyed the roaring fire every evening since we visited in March. This would be an ideal vacation spot any time of the year.

Date of stay: March 2014
Travelling group: Spouse/Partner
Would you recommend this hotel to a friend?   Yes.
Was this review helpful? Yes
This review is the subjective opinion of a TripAdvisor member and not of TripAdvisor LLC
There is calm on Orcas Island in March. And, early spring is actually a lovely time of year to visit. Do come again.
This response is the subjective opinion of the management representative and not of TripAdvisor LLC
Problem with this review? Thank you. We appreciate your input.

We stayed at Mariner's Dream Cottage right next to the ferry landing. Hadn’t been on Orcas Island in 15 years still very nice but much more expensive than last trip. There are more things to do such as whale watching and bi plane rides. The state park is excellent with great views and hiking trails. House was good with great view.

We cannot say enough about this precious little cottage. Wonderful location, amazing views,beautifully maintained. Small...but perfect for two people looking to get away from it all. The bed wonderfully comfortable, the kitchen well stocked (including coffee & tea) and the owners so very helpful when we discovered we needed to have our passports overnighted from Illinois! Saw eagles and other shore birds, sea otters, and fell in love with our resident doe and her little one. We had only two small complaints: we had a hard time finding the place as it isn't well marked, and we could not get down to explore the shore.

Date of stay: October 2013
Liked best: The location
Liked least: The climb down to the shore.
Travelling group: Spouse/Partner
Would you recommend this hotel to a friend?   Yes.
Was this review helpful? Yes
This review is the subjective opinion of a TripAdvisor member and not of TripAdvisor LLC
Thank you, we were happy to help.

For future guests: our Isle Dream is nestled on its own small hillside and the beach is accessed via a narrow footpath down the hill. Find sea stars, fire ring and hammock (summers) there. Also, please understand that our cottages are NOT well marked by design to ensure your privacy. Please bring your detailed driving instructions with you, and DO CALL. We are happy to help.
This response is the subjective opinion of the management representative and not of TripAdvisor LLC
Problem with this review? Thank you. We appreciate your input.

My husband and I stayed in the Sea Dreams cottage in April and it exceeded our expectations. I was a little nervous about staying at a vacation rental rather than a hotel or B&B, but there was no reason to worry. It was clean, attractive, had a wood-burning fireplace, and a fully equipped kitchen. It was so comfortable that we left once a day for a couple of hours, but spent a week just lounging at the cottage and outside on the big balcony.

Speaking of outside, the water comes right up to the rocks under the balcony during high tide. I didn't expect it to be that wonderfully close. The balcony was just huge and was the perfect place to kick back with a glass of wine and enjoy looking out at all the islands, orcas (saw a pod for a few days), porpoises, sea otters, and even a bald eagle that flew past the big picture window daily. Sidney, B.C. Canada can also be seen from the cottage.

I'm a city girl, unfortunately, so I never get the chance to see stars in a completely dark area...I had no idea that they could be that bright, appear so close, and look like there are 100 times more than back home. Breathtaking. Oh, and the sunsets! It's west-facing and the sunsets were spectacular. We have countless pictures and video of the dramatic changing hues of the sky as it slowly set each day. Again, much more vivid and striking (because of the water??) than at home. The days and nights were completely silent; no loud cars or neighbors...just silence except for occasional birds.

I was blown away by the close proximity to the water. I was told that this property was grandfathered in and that, since it was built, they changed the laws as to how close buildings are allowed to get to the water. There was nothing better than having a fire crackling at night while listening to the waves just outside the window.

I planned a trip back in September and needed to change things a couple of times. I have a disabled son at home and his needs often change. I've had B&Bs treat me very poorly after changing my reservation a couple of times. I changed twice with All Dreams, then even asked them if I could change a third time and move my date to October while staying at Sea Dreams and also trying out Mariner's Dream. Not only did they not have an issue with that (and it was after their cancellation deadline), but they even gave me a huge refund for the seasonal difference. Amazing customer service. I'd like to publicly apologize for any inconvenience to the owners.

I couldn't be more pleased with All Dreams and the kind and generous owners. Thank you to Nanae and Richard!

Date of stay: April 2013
Liked best: Close proximity to the water
Liked least: Couldn't work the dishwasher (broken or was it just me?)
Travelling group: Spouse/Partner
Would you recommend this hotel to a friend?   Yes.
Recommended for:
Was this review helpful? Yes
This review is the subjective opinion of a TripAdvisor member and not of TripAdvisor LLC
Thank you!
This response is the subjective opinion of the management representative and not of TripAdvisor LLC
Problem with this review? Thank you. We appreciate your input.

We stayed at Sea Dream Cottage and there are not adjectives in the world to describe the stunning views!

The accommodation is welcoming and well presented. The kitchen is well resourced with equipment,which is good, as we didn't want to go out for dinner so as not to miss the amazing sunsets!

We got lucky and had 3 gorgeous sunsets... Those and the beauty of the cottage made our first trip to Orcas truly memorable.

Date of stay: August 2013
Liked best: The setting
Travelling group: Spouse/Partner
Would you recommend this hotel to a friend?   Yes.
Was this review helpful? Yes
This review is the subjective opinion of a TripAdvisor member and not of TripAdvisor LLC
Thank you. We hope that your best friend enjoys the cottage as much as you! Yes, the sun always sets and yes, even the monochromatic sunsets are beautiful!
This response is the subjective opinion of the management representative and not of TripAdvisor LLC
Problem with this review? Thank you. We appreciate your input.
Previous Next
1 … 15 16 17 18 19 …
Updating list...
Still can't find what you're looking for?

Looking for a place to stay in Deer Harbor?
View all 4 holiday rentals