US$30
View deal
FindHotel
Agoda.comUS$30
Trip.com
View all 11 deals
Prices are provided by our partners, and reflect total costs of the stay, including all taxes and fees known to our partners. Please see our partners for more details.
Payments made by partners impact the order of prices displayed. Room types may vary.
tomcG8043PQ
4

The noise from other guests let this hotel down, normally I wouldn’t complain about the noise but nothing was done to prevent it once reported.

Mentioned on check out but told nothing could be done. Won’t be back in a hurry.

Trip type: Travelled on business
See all 391 reviews
Payments made by partners impact the order of prices displayed. Room types may vary.
Nearby Hotels 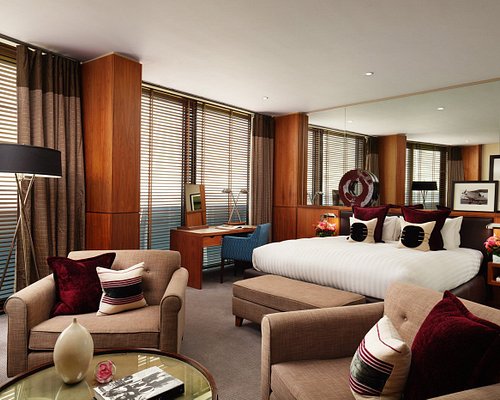 Top Rated
Aviator Hampshire
US$172
Booking.com
View deal
Priceline
US$172
Expedia.com
US$172
Hotels.com
US$172
View all 12 deals from US$172
2,672 reviews
1.6 km from Travelodge Farnborough Central
We compared the lowest prices from 12 websites

Expedia.com
View deal
Hotels.com
Official Site
US$116
Orbitz.com
View all 9 deals from US$116
126 reviews
0.6 km from Travelodge Farnborough Central
We compared the lowest prices from 9 websites 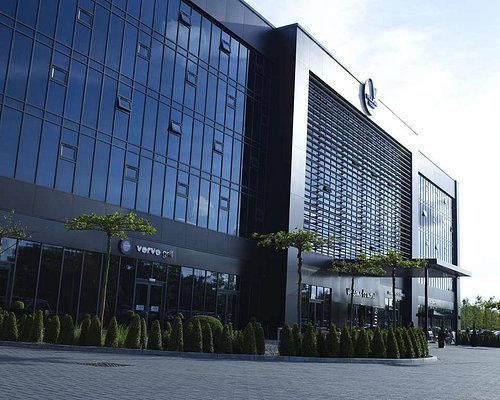 I wrote to Travelodge to enquire about a business rate for this hotel as I am going to be in the area for 7 weeks. Booked first week after no response and will not be returning.
Room is extremely basic and has obviously had some furniture removed as there is now a large unwelcoming space instead.
In this day and age of modern tech it was surprising to find just 2 power points (nothing either side of bed) 8 feet away from the bed.
If all you want is a bed and shower then this is ok

Once again my stay was made comfortable and very welcomed by all the team, they pulled out all the stops during these difficult and unusal times we are living in, if you had any problem or query all the team were there to help you, l recommend you stay at this hotel, don't miss out on the service.

One of the receptionist was helping me to connect to the wi-fi. A disgruntled guest comes to the reception. Manager calmly deals with him, makes him happy and the issue is resolved. The most obstinacy of the guest was made happy by the well dressed manager, I witnessed it all! ! !. I had such wonderful stay here, I have to give credit to manager Mr. K. Chand.

This review is the subjective opinion of a TripAdvisor member and not of TripAdvisor LLC
Kim T
Jersey, United Kingdom
3
Reviewed 25 April 2021 via mobile
Terrible hotel, would not recommend

I stayed here on 19th April was supposed to be staying for 2 nights but left after first night and moved to another hotel. The receptionist on arrival was lovely and helpful. I went to get some food and there was a huge fight outside the front of the hotel which was pretty terrifying. There were some rather unsavoury characters hanging around the outside the hotel on my return that evening one asking me to borrow my keycard to get into the hotel but I recognised him and his scooter from the fight earlier. The hotel was full of builders who were partying in the corridor on my floor and it was still going at 4.00am. I had someone fall against my door 3/4 times which is scary when you are on your own, I couldn’t get out of the hotel quick enough. Although the room was clean and the bed comfortable, one of the curtains had fall off the curtain rail, the light in the bedroom area was faulty and kept flickering on and off, so I just kept that light off. The receptionist on 20th was not the most friendly, I told her that I was supposed to be staying two nights but was checking out - she just asked for my room number and said put your keycard in the slot and walked off before I got the chance to tell her why I was leaving - I had the feeling that this was not the first time someone had left early - I would certainly not recommend this hotel or stay there again. I received and email from Travelodge asking me to review this hotel, I have given them this information but they have not gone back to me

Thank you for reviewing our Travelodge Farnborough Central Hotel.

We are really sorry to hear that you had many issues during your stay with us.

We strive to offer the best service possible for our guests so please accept our apologies that we did not succeed in doing so on this occasion.

As your experience was not up to our usual standards, could we kindly ask you to contact our Customer Services Team via our website help form, with a copy of your review, so that we can look into this further for you.

Thank you again for your feedback, and we hope to hear from you soon.

Report response as inappropriateThank you. We appreciate your input.
This response is the subjective opinion of the management representative and not of TripAdvisor LLC
Mxahzor
4
Reviewed 22 March 2021 via mobile
Great for business travelers

The great team led by fabulous manager in Traveloge Farnborough is a fantastic hotel for businessperson like us. The car park nearby is safe and walking distance to this awesome hotel. Thank you all for our memorable business stay.

This review is the subjective opinion of a TripAdvisor member and not of TripAdvisor LLC
View more reviews
PreviousNext
123…
<script type='text/javascript' crossorigin='anonymous' async onerror='__scriptLoadError(this,true);' src='https://static.tacdn.com/assets/oo669z.9c2523b5