“Private, wonderful place to stay!”
THF1XzI1X0tRSA==
other travellers have booked this property 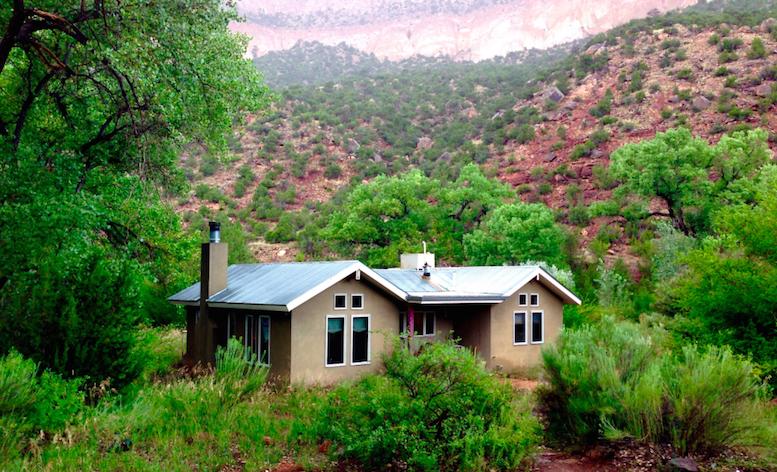 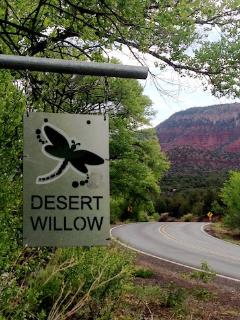 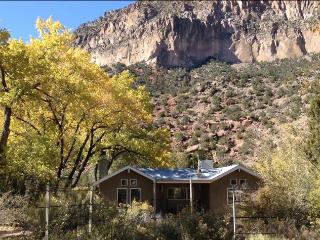 Excellent - based on 34 reviews
Write a Review

This is the best place to stay in Jemez Springs! The two bedroom cottage has heated floors, beautiful decor, and a full kitchen! Nice plush towels and lots of them! The beds are very firm and feature lovely quilts. The fact that it comes with breakfast as well makes it the best deal in town! The hostess, Leone, makes you feel like you are an old friend who just stopped by to visit. She even let us check out DVDs on her account at the local library since there is no video store in town.

Her husband, Bob, runs the Highway 4 Cafe up the road, which is where you go to get breakfast, and we recommend the carne avodobo burrito. The spicy red sauce will make you sweat!

Be sure to purchase your groceries in ABQ or San Ysidro since there are no grocery stores in Jemez Springs.

Date of stay: December 2011
Visit was for: Leisure
Travelling group: Family
Was this review helpful? Yes
This review is the subjective opinion of a Tripadvisor member and not of TripAdvisor LLC.
Problem with this review? Thank you. We appreciate your input.

We absolutley loved this BnB! We spent our 6th Wedding Anniversary here. This cottage was very clean, sweet and cozy. It offered wonderful views and sounds of the stream at night were relaxing as we slept with our windows opened. Leone was great host as well. Our complimentary breakfast was fantastic. We had the Elk Sausage breakfast burrito and Spinach Mushroom quiche, very yummy. They offered great pastries and decent coffee variety. Desert Willow = Relaxation at its best.

Date of stay: October 2011
Visit was for: Leisure
Travelling group: Couples
Was this review helpful? Yes
This review is the subjective opinion of a Tripadvisor member and not of TripAdvisor LLC.
Problem with this review? Thank you. We appreciate your input.

8 helpful votes
“Your own private home in Jemez Springs!”
Reviewed 16 June 2011 for a stay in June 2011
1
person found this review helpful

For the price of a hotel room, you have this lovely cottage all to yourself. Wonderful deck for viewing spectacular scenery, fully equipped kitchen, and a congenial hostess, Leone, who lives next door. And to add to all that, complimentary breakfast at the Highway 4 Coffee, our favorite eatery in Jemez.

Date of stay: June 2011
Visit was for: Leisure
Travelling group: Friends
Was this review helpful? Yes
This review is the subjective opinion of a Tripadvisor member and not of TripAdvisor LLC.
Problem with this review? Thank you. We appreciate your input.

We stayed three nights and plan to return as often as possible. The rates are a little high, but we offset the cost by bringing our own food and only eating out for dinner-which is actually easier anyway with small children. I don't think the rooms have changed much from prior reviews and I was very happy with them when we arrived - two very nice bedrooms with queen size beds, full kitchen, living area with fireplace, nice bathroom and deck. Very private and comfortable. It is true there is not much storage for clothes/suitcases but it was not a huge deal for us. I would recommend taking your own DVDs -there's not much there espscially for children. There are a lot of games and books though but we mostly spent our time relaxing and building fires in the fireplace with the kids so they could roast marshmellows.

The breakfasts were served at the Highway 4 Cafe, which is owned by Bob, Leone's husband. They consist of breakfast burritos or waffles, but mostly pastries. We pretty much ate oatmeal and pastries (which are really, really good so I don't want it to sound like it's not) but I also don't want you to be surprised if you want a more traditional "fancy" breakfast like at many other b&bs. We liked it but by the third day we were a little tired of it and would have liked something else. Also note, Bob is closed on Mondays so we felt a little funny running up there when he's supposed to be closed and everything's pretty much turned off. We just picked up coffee and pastries and went back to the room to make our own breakfast that day.

We thoroughly enjoyed the simple peace and quiet of just hanging out together. We did go up to the Soda Dam, Valles Caldera and Bandilier in the mornings. We ate dinners at the Laughing Lizard (awesome!!!) Other than that, just enjoyed our nice little place for the weekend.

Date of stay: February 2011
Visit was for: Leisure
Travelling group: Family with Young Children
Would you recommend this hotel to a friend?   Yes.
Was this review helpful? Yes
This review is the subjective opinion of a Tripadvisor member and not of TripAdvisor LLC.
Problem with this review? Thank you. We appreciate your input.

We stayed in the Dragonfly Cottage for 4 nights and can highly recommend this self-catering cottage.Situated in the grounds of the owners' house (which also serves as a B & B),it is completely private with views over the red canyon cliffs to the rear. The river runs by at the bottom of the garden area. The very spacious accommodation consists of a large dining area and lounge (with comfy chairs and settee),patio door leading out to a huge decking area with garden furniture,fully equipped kitchen,2 double bedrooms(one with patio doors leading on to decking area) and bathroom with a double tub. There is no TV but a playback video is provided with a selection of video tapes. The furniture and fittings are all of a high standard and it is a lovely,peaceful place to stay. Good for visiting Bandolier Monument & hiking around McCauley Springs area.

Date of stay: September 2007
Liked best: Space and quiet
Liked least: No wardrobes or hanging space in bedrooms
Visit was for: Quality time with family
Travelling group: Spouse / significant other
Your age range 50-64
Would you recommend this hotel to a friend?   Yes.
Was this review helpful? Yes
This review is the subjective opinion of a Tripadvisor member and not of TripAdvisor LLC.
Problem with this review? Thank you. We appreciate your input.
Previous Next
1 … 3 4 5 6 7
Updating list...
Do you own a holiday rental? List it here.

Looking for a place to stay in Jemez Springs?
View all 8 holiday rentals