US$118
View deal
QualityUS$122
PricelineUS$120
Hotels.comUS$120
View all 17 deals
Prices are provided by our partners, and reflect total costs of the stay, including all taxes and fees known to our partners. Please see our partners for more details.
Payments made by partners impact the order of prices displayed. Room types may vary.
harryatkck
Kansas City, Kansas
772328

As far as the hotel is concerned it was a good stay. All amenities were as advertised. I booked this about 2 weeks out & was shocked to find this was by far the cheapest hotel price in the Bozeman area for the date I needed to stay. Normally, this would be the cost of 2 or 3 nights at your average Quality Inn. It was a Saturday night & I found out there was a big concert nearby that night. In fact, one of the bands was leaving as we checked in. I later heard that the weekend demand for hotels is extremely heavy in this area, so be ready for sticker shock if you have to stay in this area on a weekend.More

Show less
See all 319 reviews
Payments made by partners impact the order of prices displayed. Room types may vary.
Nearby Hotels 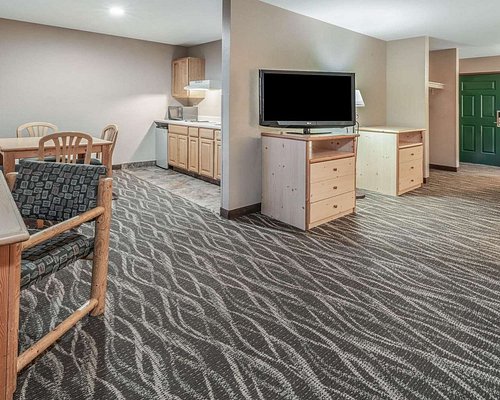 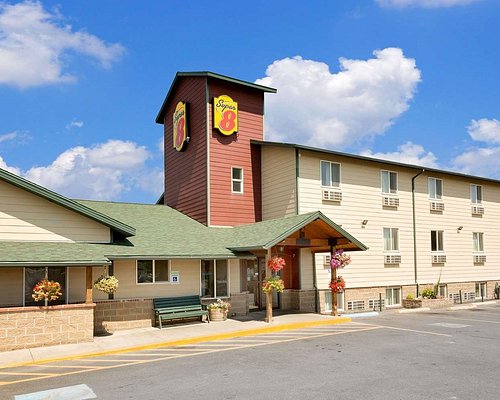 Expedia.com
View deal
Free cancellation
Reserve now, pay at stay
Hotels.com
US$159
CheapTickets
US$159
Travelocity
US$159
View all 9 deals from US$159
565 reviews
10.6 km from Quality Inn
We compared the lowest prices from 9 websites
The Outpost

After paying $ 240 a night for the room you would think it would be clean. There were bottles left in room and the shower wasn't clean. It still had opened half empty shampoo bottles in it. The breakfast was not good. And they double charged my card. Dont recommend this place.

This review is the subjective opinion of a Tripadvisor member and not of TripAdvisor LLC.
Julie H
Minneapolis, Minnesota
71
Reviewed 25 July 2021
Disappointed

Online pics very deceiving! Older hotel that needs major updating. Right when you walk in there is an odd smell that permeates the entire hotel. Rooms dated and not very clean. Have been staying at other Choice hotels that have been updated and assumed by the pics that this one had been as well, but that was not the case. When one needs to physically open 2 screen doors to enter the lobby, that says a lot.

This review is the subjective opinion of a Tripadvisor member and not of TripAdvisor LLC.
jesters01
Parkland, Washington
13582
Reviewed 15 July 2021
Wonderful! Staff is fantastic

We only stayed her for one night prior to a flight, but was very impressed. We found the staff exceptional. The man that checked us in was very helpful and recommended restaurants for us. The lady who work in the evening was also extremely friendly and helpful. They both seemed that they would go above and beyond for your stay. Their breakfast was wonderful. It had the usually breads and cereal, but also had hot food (eggs, hash browns, bacon). The clerks say that they change it up each day, but we only at one breakfast with them. I would definitely stay here again.

Room tip: We stayed on the 2nd floor towards the back. It was very quiet!
Ask jesters01 about Quality Inn
Thank jesters01

This review is the subjective opinion of a Tripadvisor member and not of TripAdvisor LLC.
830terrencew
1
Reviewed 15 July 2021
Worst service EVER - plus Bed Bugs

Stay away from this hotel at all costs! During a recent stay with them we had an issue with one of our rooms which turned into a gigantic fiasco – the worst customer service we have EVER EXPERIENCED with their management and staff.

We had planned to stay with Quality Inn for 3 nights/4 days. After the first night, we woke up and found bed bugs under one of the pillow cases. Aside from being disgusted, we were concerned the bed bugs would get into our belongings, which prompted us to bring the issue up to the front desk. When we approached the front desk about the issue, we were cut off from speaking mid-sentence, were told that we must have brought the bed bugs there, and were told they were going to check us out on the spot (essentially kicking us out of the hotel without giving any other options). We were absolutely dumbfounded at their rude response. We went to desk to quietly bring light to a potential issue and were met with the most rude responses. We did not want to make a scene, and were quiet as to not alarm other patrons of the hotel, but Mike, the ‘manager’, raised his voice and continued speaking over us. There was no reasoning with him.

My team scoured all their belongings and did not find any bed bugs – there’s no way we could have brought them there. We looked in every nook and cranny, including our persons. Mike stated that they have a powder on the beds that kill bed bugs on the spot, but somehow it didn’t kill the ones we found. Must not work that great since the bed bugs we found were still alive (which I have pictures of).

The hotel staff said they ‘didn’t find any bed bugs’ after we had left, and said that we were just trying to get our money back, even though we never mentioned/asked for any refund at any point and was only asking to be moved to a different room. Not once did we request any refund for the night we had already stayed – we simply asked to get a different room – that’s it!

When I tried to address the issue over the phone with Mike he continually cut me off, raised his voice, talked over me, and would hang up on me. Completely unprofessional, especially for a ‘manager’ at a hotel. When I tried to call him back, he started yelling at me, cutting me off every time I started talking (and would say ‘well, how does it feel to be interrupted?’), told me I was just trying to get my money back, and would just hang up on me when I was mid-sentence. When I said on the phone I was going to voice my opinion in a review about the hotel Mike said, ‘I too will be going to your website to let people know about your company.’ Is that how a manager of a service industry company should treat their customers? I surely would not treat ANY customer of mine the way he treated me and my team. I wasn’t expecting him to beg me to return to their hotel, nor was I trying to get a refund (which I never once asked for/mentioned a refund). The intent of the phone call was to straighten out the situation and address my concerns about having found bed bugs on one of the beds, but with how Mike treated me over the phone/my team at the front desk, we will never consider staying there again. Again, all I wanted was to sort this issue out so we could continue using their hotel for future stays, as we had stayed with them numerous times over the last few months and wanted to use them again in the future. In an email response to one of my team members, the assistant manager, Kristen, showed the same disregard for our concerns and said I ‘kept harassing Mike’. Apparently, bringing up concerns about bed bugs to the manager of the hotel is harassment (he never said to stop calling/emailing him).

I ended up getting a room (one without bed bugs) at a different hotel for the rest of the trip and were glad to be out of that toxic environment. I was happy to spend twice the money per night at the new hotel to not have to deal with Mike and the bed bug issue I had at Quality Inn. From now on I will never stay at a Quality Inn, as it’s apparent the management does not care about their patron’s concerns. It would have been one thing if they were receptive (to any degree) to the issue, but every employee of the hotel we tried to talk to about the issue had the same rude accusational response. Hands down the WORST SERVICE I have ever encountered in my whole professional life.

I normally do not like to complain or leave negative reviews, as I like to avoid confrontation, but felt the need to share my experience at Quality Inn so others do not have to go through what we went through. I wouldn’t have even wrote a review for just the bed bugs, as it could have just been an isolated incident, but the response from management made me feel like this is a problem they encounter more than how they were representing this issue. AVOID THIS HOTEL AT ALL COSTS!

This review is the subjective opinion of a Tripadvisor member and not of TripAdvisor LLC.
DoverJungleboy
Dover, Tennessee
226169
Reviewed 30 June 2021 via mobile
Friendly Staff!

Stayed here one night. The inn is located on a busy highway with an adjoining Wendy’s, Mexican restaurant and a Goodwill store. Coffee was available in the lobby. Our room was on the second floor. It was small but clean and had all the necessary appliances. WiFi was good. Breakfast was so so. Exercise room AC was not working. Our room’s hot and cold water hookups were reversed.

The staff was both friendly and helpful. Crystal checked us in. She was fun. The tanned lady serving breakfast was also great.