US$126
View deal
Hotels.comUS$129
PricelineUS$127
FindHotelUS$129
View all 18 deals
Prices are provided by our partners, and reflect total costs of the stay, including all taxes and fees known to our partners. Please see our partners for more details.
Payments made by partners impact the order of prices displayed. Room types may vary.
harley32021
1

Keep your expensive belongings with you no safe . Item stolen and hotel did not take responsibility. I reported right away and not once did they offer to replace my beats headphones. I am a Hilton reward gold customer.More

Show less
Review collected in partnership with Hampton
This business uses tools provided by Tripadvisor (or one of its official Review Collection Partners) to encourage and collect guest reviews, including this one.

Thank you for your loyalty to Hilton! We are terribly sorry you misplaced your headphones.

As we discussed previously, prior to accusing our housekeeper of going through your luggage and stealing your headphones, you informed one of our front desk team members that you did not know where you had left them. We can not replace items that you have misplaced.

We hope you find your headphones and that you continue to be a loyal Hilton guest.

Report response as inappropriateThank you. We appreciate your input.
This response is the subjective opinion of the management representative and not of TripAdvisor LLC
See all 1,355 reviews
Payments made by partners impact the order of prices displayed. Room types may vary.
Nearby Hotels 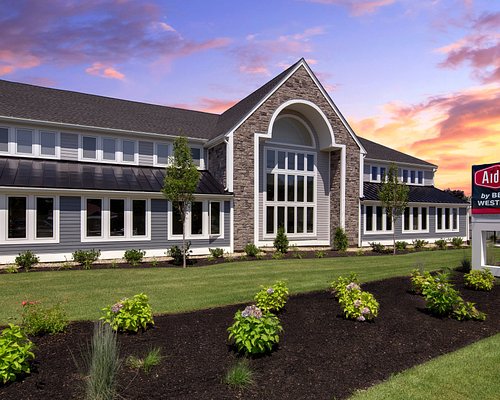 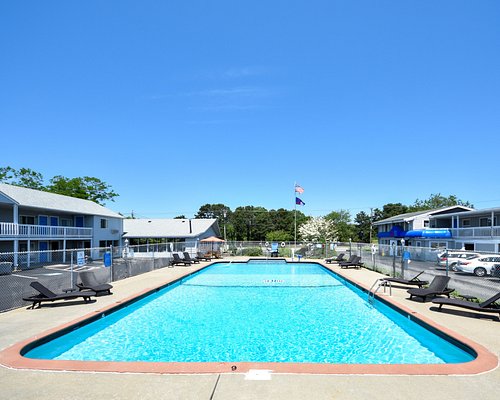 This was a return visit since we were here two years ago.

Plus marks
Easy and early check in.
Hotel and room was very clean.
Breakfast was fine but you had to
make your oatmeal from a pouch.
Staff very friendly and accommodating.
Romario was great in fixing a t.v. problem ..he saved the day and night. Pool area lovely and clean.
Great location near many attractions and restaurants.
Parking easy and convenient.
But...
Someone screwed up our reservation type of room so we had to squeeze into a full size not king bed. My travel agent and I share the blame for not checking the confirmation earlier.
Also 8 bucks for two 69cent packs if swedish fish. How about a refund???
In summary..
A well cared for property with friendly staff. Overpriced but not outrageous. Especially when the hotel was only half booked.
See you next year..I will bring my own swedish fish.
Steve Katz and Rosie

This review is the subjective opinion of a Tripadvisor member and not of TripAdvisor LLC.
Relax01555627921
Long Beach, New York
12
Reviewed 15 September 2021 via mobile
Some annoying aspects

I booked this hotel using points and arrived at 2:00 PM on a Sunday afternoon when there were three cars in the parking lot and nobody in sight. Check in time was 4:00PM.so I was early.

I was told that my room was not ready, this three hours after the hotels checkout time. When I expressed surprise that not one room was ready after three hours the lady behind the desk said that she could run upstairs to see if my room was ready. From then on the conversation deteriorated with my questioning whether housekeeping had not readied one room in three hours.

Finally I was told that I would be given an upgrade.

So I’ll leave it to the reader to surmise why my room wasn’t ready. Could it have been that I was booked through points? Anything is possible I suppose. But I expect a less dramatic check in at a Hilton property.

The room was an upgrade and was a suite I suppose you could call it.

But maybe its a sign of the times but I was told that there would be no housekeeping unless I requested same the day before. And where was the pen and scratch pad that normally is next to the phone which I needed to write down the password to finally hook up to the wifi after numerous failed attempts and during my second call to the front desk. No USA Today in the morning?

I’ve been in any number of mens rooms in bars and sports stadiums so , most unfortunately, am familiar with sticky floors. But I didn’t think I would need to wear shoes in a Hilton property when near the toilet.

In the Yarmouth area there are a number of guides to help newcomers to the area. There is a stylized map showing all the streets, beaches, many restaurants and hotels and attractions as well as very helpful magazine type guide with much useful information. But neither was available that I could see in this hotel. And upon looking at both closely this hotel is not mentioned which I assume means that it doesn’t pay to be listed.

Of course this is their business decision but after coming upon these maps and guides I found out that there were many nearby attractions that I , unfortunately , never knew existed.

But all was not negative. The hotel is clean and up to date. The pools are nice as well as the hot tub. Breakfast was an adequate and typical buffet. There is plenty of parking .

It is on the main road and not near the beach.

Thank you for taking the time out of your day to share your experience with the TripAdvisor community.

I am glad to see that our team upgraded your room to accommodate your request for an early check in. Our housekeeping teams are working very hard to ensure that rooms are properly cleaned and disinfected. I can assure you that we try our best to accommodate any requests for early check ins, especially for our Honors members whether they are booked on points or not.

The items you mentioned not having (pen, note pad and map) are all available at our front desk upon request. It is absolutely our pleasure to provide you with any of these items and suggestions / directions to nearby attractions at any time. As you mentioned, Housekeeping is something we are happy to provide upon request.

We are delighted to learn that you found the hotel clean and up to date, enjoyed our pools and breakfast and found the parking plentiful.

We hope to see you on your next visit to the Cape!

Report response as inappropriateThank you. We appreciate your input.
This response is the subjective opinion of the management representative and not of TripAdvisor LLC
Traveler_1372590
1
Reviewed 5 September 2021
Average

Expensive for what it was, especially considering the fact that there were ants in our room. Breakfast was okay. Location is good because the hotel is near downtown Hyannis, the ferry port, and the beach

Good Day Traveler_1372590,
Thank you for taking the time out of your day to share your experience! Please accept my sincerest apologies that there were ants in your room. We will be sure to have the room treated immediately. If you would like to further discuss the details of your stay, please do not hesitate to contact me directly.
Yours in Hospitality,
Brenna
brenna@hamptoninncapecod.com

Report response as inappropriateThank you. We appreciate your input.
This response is the subjective opinion of the management representative and not of TripAdvisor LLC
Eileen842
Boston, Massachusetts
72
Reviewed 1 September 2021
Cape Cod visit

Good central location for Hyannis. Clean, bright room and very nice staff. Sadly did not have a chance to check out the outdoor pool. We were there for a concert at the Cape Cod Melody Tent. Also played mini golf and had dinner on the waterfront.

Review collected in partnership with Hampton
This business uses tools provided by Tripadvisor (or one of its official Review Collection Partners) to encourage and collect guest reviews, including this one.
Ask Eileen842 about Hampton Inn & Suites Cape Cod-West Yarmouth
Thank Eileen842

This review is the subjective opinion of a Tripadvisor member and not of TripAdvisor LLC.
wawazzat
Massachusetts
132138
Reviewed 27 August 2021
Thanks Greg the Bartender!!

I visited this property with my family during August 2021. The rooms definitely are due for an upgrade especially the shower/bath, mattresses and decor. I would of rated this property a 3 but the staff at the front desk were wonderful and the bartender Greg at the outside pool was nice, friendly and cordial. Speaking of the bar, some upgrades on the liquor and wine selection to more popular brand names would be a plus ( for example: Tito's Vodka , Jack Daniels, Josh wines). I also want to give a shout out to the cleaning team although being short staffed, they all were always smiling. The indoor pool was a great activity for the kids. Note: the pool can be crowded with adults at night ( flight crews etc ).

The staff are the shining stars at this property !!