“Relaxing, Comfortable Holiday in Krabi”
WHpwXzQyX2dSTg==
other travellers have booked this property 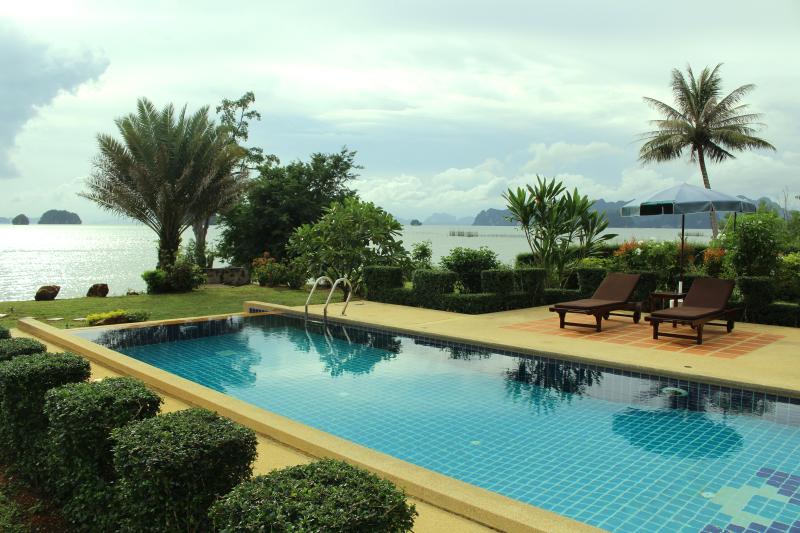 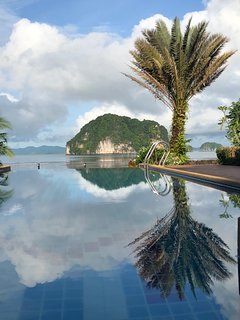 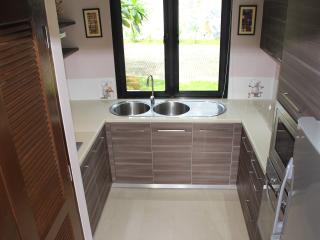 Excellent - based on 25 reviews
Write a Review

Our 5 night stay at Villa Andaman was amazing. The weather was a little patchy and we had a few showers over the 5 days, but only torrential rain could have ruined this holiday. We were promptly picked up at the airport after our flight from Bangkok. The driver took us to the supermarket where we stocked up on essentials (groceries and alcohol) and we arrived at the Villa. It was lovely and exactly as shown on the internet.

We traveled with another couple and we each had complete privacy in our spacious comfortable rooms. The lounge room was a little small, but we spent little time in there and were mostly around the pool or on the patio. The Villa was cleaned every day and the manager was very helpful.

We organized motorbikes through the manager which was easy, but the bikes were not quite up to scratch. We were only on the bikes for 10 minutes before the first puncture and it was luckily very near a motorcycle repair place. The tyres were not exactly in good condition...

There is a restaurant within a 2 minute walk of the villa and the food there was wonderful, so fresh and they organized a cake for my husband's birthday with very little fuss. We ate here every night and had no wish to be anywhere else.

Although the Villa has everything you need, you will need to have transport if you want to have a look around Krabi. Motorbikes are very easy, but hiring a motorcar is very expensive in Krabi - more expensive than Australia.

We organized a massage through the manager of the restaurant. She had 3 ladies that came to the villa and 2 of them were very good. The 3rd (who turned up late) was certainly not up to scratch.

The pool was perfectly clean, the view amazing, the Villa everything we could have wanted. Overall, I would certainly stay here again.

Date of stay: July 2014
Liked best: The pool
Liked least: The smell in the bathroom
Travelling group: Friends
Your age range 50-64
Would you recommend this hotel to a friend?   Yes.
Recommended for:
Was this review helpful? Yes
This review is the subjective opinion of a TripAdvisor member and not of TripAdvisor LLC
We are pleased that the Villa lived up to your expectations. I will pass on your kind comments to the House Manager and the Restaurant owner. With regard to the car hire I will endeavour to improve the choice of agencies.
Thank you again and look forward to your custom in the future.
This response is the subjective opinion of the management representative and not of TripAdvisor LLC
Problem with this review? Thank you. We appreciate your input.

We booked to stay for 5 nights in March with 3 small children. The transfer was good and the driver & greeter both friendly. On arrival, the view was beautiful, lovely and peaceful and the swimming pool looked inviting.
Our first surprise was that the bedrooms were accessed separately & totally independently to each other by sliding patio doors, and that the entrance to the villa was entirely open - no gate. As we had two of our three small children (6 & 4 yrs) sharing a room we were a bit panicked that the only way for us to know they were secure and lock their door was using a key outside.

We were given a tour by the villa housekeeping chap - who was very friendly. After he left we started to unpack and found that the bath wasn't clean and we discovered a large pile of dead flying ants next to the bed in the children's bedroom, with ants all over the place, we also noticed a horrid smell in that bedroom - a cross between damp and a sewage smell. We phoned the housekeeping chap and he came back over with his wife and they cleaned the dead ants and pointed to a diffuser air freshener in the bedroom and said that was what the smell was. We were not convinced but gave them the benefit of the doubt and thought we'd see if it went by next morning...it didn't. And so began the charade every day when we told the housekeeper, they aired the room, sprayed copious amounts of air freshener and left. On our penultimate day we were told finally that there was a drain issue and that it had been sorted.
Unfortunately, we thought otherwise as the smell never left.

We reported it to the reservations company on two or three occasions and they said they would speak to the housekeeping team, (who in turn said he spoke to the owner)...who we had already told, and so it seemed no one ever took responsibility for the problem.

The issue definitely marred what was otherwise a lovely experience.

Would we ever go back / recommend it to our friends...no. The effort in getting ourselves listened to about the smell was painful. No one took responsibility for the problem. A simple 'sorry, there is a problem' would have been helpful. As it is, we resort to leaving our views on trip advisor to highlight our issues to others. As we said, it was probably a simple problem to fix and then would not have left a sour taste in our mouth after we left.

Date of stay: March 2014
Liked best: The view
Liked least: The smell of sewage and the lack of customer service
Travelling group: Young Children
Would you recommend this hotel to a friend?   No.
Was this review helpful? Yes
This review is the subjective opinion of a TripAdvisor member and not of TripAdvisor LLC
Thank you for your frank response. We consider any observation ( good or bad ) and act accordingly. Your dominant concern was the malodour. I would suggest my staff assisted you and any remedial action was carried out. However scenarios e.g. Soiled nappies left within the room and more particularly unsupervised toilet activities of two young children for 5 days should be recorded. Could they have contributed?
We would remind you that " leave as you find" is prescient for any villa occupation - perhaps worth remembering next time and avoid the owners expending extra resources cleaning up!
This response is the subjective opinion of the management representative and not of TripAdvisor LLC
Problem with this review? Thank you. We appreciate your input.

Wellingborough, United Kingdom
Reviewed 22 March 2014 for a stay in March 2014
Date of stay: March 2014
Liked best: The view!
Liked least: The kettle was a bit odd but that was only small niggle, there was nothing else negative..
Travelling group: Spouse/Partner
Your age range 50-64
Would you recommend this hotel to a friend?   Yes.
Recommended for:
Was this review helpful? Yes
This review is the subjective opinion of an individual traveller and not of TripAdvisor LLC nor of its partners.
Yes , the views are spectacular - during the day and especially the sunsets. I will pass on your kind comments to the staff.
This response is the subjective opinion of the management representative and not of TripAdvisor LLC nor of its partners.
Problem with this review? Thank you. We appreciate your input.

Looking for a place to stay in Khao Thong?
View all 23 holiday rentals