US$280
View deal
Free cancellation until 23/04/21
Reserve now, pay at stay
PricelineUS$284
Booking.comUS$280
ZenHotels.com
View all 12 deals
Prices are provided by our partners, and reflect total costs of the stay, including all taxes and fees known to our partners. Please see our partners for more details.
Payments made by partners impact the order of prices displayed. Room types may vary.
MandyC195
Auckland, New Zealand
276

The individual lodge rooms are stunningly beautiful with many extra touches which make your stay special. Set in amongst the vines with a private patio, a lovely spot to sample the delicious Gibbston wines and cheese. The staff are so friendly and the venue is simply stunning. We will be back...

See all 129 reviews
Payments made by partners impact the order of prices displayed. Room types may vary.
Nearby Hotels Arrowtown Motel Apartments
US$143
Tripadvisor
View deal
Hotels.com
Expedia.com
US$146
Priceline
View all 14 deals from US$143
223 reviews
9.5 km from Gibbston Valley Lodge & Spa
We compared the lowest prices from 14 websites 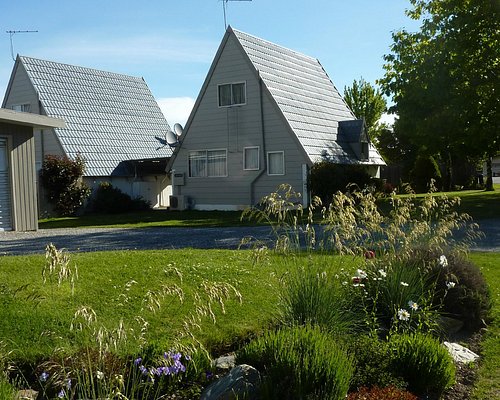 Arrowtown Viking Lodge Motel
US$176
Tripadvisor
View deal
Free cancellation
Pay up to 12X
Hotels.com
Booking.com
US$176
Expedia.com
US$176
View all 15 deals from US$176
52 reviews
9.8 km from Gibbston Valley Lodge & Spa
We compared the lowest prices from 15 websites 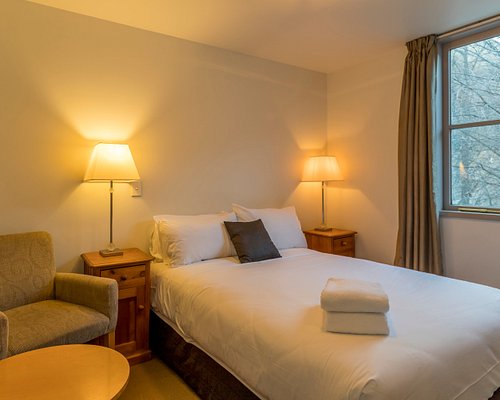 Hotels.com
View deal
Expedia.com
US$142
Agoda.com
US$110
Priceline
View all 13 deals from US$110
176 reviews
10.5 km from Gibbston Valley Lodge & Spa
We compared the lowest prices from 13 websites
Arrowtown House

Hotels.com
View deal
Expedia.com
US$314
FindHotel
US$289
eDreams
US$378
View all 14 deals from US$289
29 reviews
10.4 km from Gibbston Valley Lodge & Spa
We compared the lowest prices from 14 websites
Ramada Remarkables Park Queenstown

We stayed at the lodge for two nights. The accommodation was wonderful, separate villas overlooking the vines and the mountains opposite. The staff were really friendly and helpful, the food and wine divine. We would definitely stay here again.
We did the wine and cheese tour, which is well worth it.
Sadly We didn’t have time to use the spa

This review is the subjective opinion of a TripAdvisor member and not of TripAdvisor LLC
mcfaddendr
Dunedin, New Zealand
6924
Reviewed 26 February 2021 via mobile
Third time here...

We were married in the Wine Cave at Gibbston Winery, so it was a treat to be able to celebrate our anniversary here for the second time. Having stayed here before, we knew what to expect... but things seem to have changed significantly since we were last here in January 2021.

We were a little disappointed that there was no acknowledgement of our anniversary, despite referencing it specifically in our booking. But we thought we were perhaps being a little sensitive.

We booked a His and Hers spa treatment, so were surprised to discover on arrival at the spa that a booking had only been made for one of us, for what was clearly supposed to be a couples treatment. To be clear, it was on our wedding anniversary, we wanted to enjoy time together to decompress, relax and treat ourselves. No other suitable times were available to accommodate a rebooked couples treatment, so we split the appointment between us.

On checkout, we were initially to be charged more for our splitting of that appointment, and were also surprised to be charged for second coffees at each breakfast, which has never happened previously, and which we were not advised would be deemed an “extra”. No one was available to sort out our queries on our bill (including the Wine Club member discounts), so we left, feeling angry and let down by our stay, the antithesis of how we had envisaged it. While it was resolved relatively speedily, it was a disappointing end.

The Lodge WAS really busy when we stayed, but as regular guests, we expected standards to have been maintained, which doesn’t seem to be the case.

There is plenty of good stuff here, but we feel that standards are starting to slip, and although we will stay again, we will do so warily. The food and wine are excellent, the location superb, the pizza at Fume is the best we’ve eaten, the walk along the river beautiful, the Winery lovely etc etc... but we were just left feeling a bit unloved.

We're sorry to hear about your recent experience at the Lodge. We have taken your comments on board and can assure you that we will be making changes after reading this. We do endeavor to make our guest's stay a special and memorable one, and it is clear from your review that we fell short on this occasion.

I am pleased you are looking at returning in the future as this will give us the chance to redeem ourselves and hopefully exceed your expectations on your next visit.

Report response as inappropriateThank you. We appreciate your input.
This response is the subjective opinion of the management representative and not of TripAdvisor LLC
warren895
4
Reviewed 24 February 2021 via mobile
3rd Time Back .....

Just like last Sept & Oct, this time back visiting the lodge was just as exceptional. The team is extremely personable & food was exquisite. A days mountain biking followed by a relaxing wine tasting. The only improvement I would suggest (and it’s minor) but I purchased a picnic to take on our ride. The food was delicious. It was the way it was presented. A plastic cheap Kathmandu plate set. No blanket and could have been branded Gibbston Lodge. The food could have been packaged in nicer containers. Like I said minor, but an area for improvement if you want to be 5 stars.

This review is the subjective opinion of a TripAdvisor member and not of TripAdvisor LLC
emma_louise_gold
Auckland, New Zealand
2
Reviewed 22 February 2021 via mobile
Underwhelmed

We stayed at the Lodge whilst on our honeymoon and whilst the location and the lodges and amenities were great and the food and the wine was excellent I felt the service really didn’t match the level of luxury of the accommodation. Despite it being quiet due to COVID we were made to feel like it was too busy for us to do things and when we asked to do things it was an inconvenience for them and they had to ‘squeeze us in’ and there were tours we would’ve liked to have done that we didn’t know about until we were leaving. We also asked for help to cast something to the tv one evening and were told they didn’t know what we were talking about and no one could help. Despite mentioning when booking it was never acknowledged that we were on our honeymoon. We were really disappointed as we had been looking forward to this stay and I felt we had missed out on the experience that you should receive somewhere as prestigious as this. For these reasons I wouldn’t stay again and wouldn’t recommend.

Dear Emma,
Thank you so much for taking the time to write your review. Whilst we are glad that you enjoyed our facilities and had the chance to experience our amazing food and wine, we can only apologise for the lack of detail in our service.

This is not a usual occurrence for us (as our other reviews are hopefully an attest to). We generally pride ourselves on the standard of service we provide, but clearly, on this occasion, we did not meet our own expectations. For this we can only apologise and use your feedback to improve our consistency in delivering a memorable experience.

Report response as inappropriateThank you. We appreciate your input.
This response is the subjective opinion of the management representative and not of TripAdvisor LLC
View more reviews
PreviousNext
1234…22