Attended a conference the weekend of... - Ramada by Wyndham Venice Hotel Venezia

Ramada by Wyndham Venice Hotel Venezia
Ramada by Wyndham Venice Hotel Venezia
Lowest prices for your stay
Lock in the lowest price from these sites
US$115
Reserve now, pay at stay
View deal
Expedia.comUS$115
WyndhamUS$115
PricelineUS$115
Hotels.comUS$115
FindHotelUS$119
eDreamsUS$115
View all 17 deals
Prices are provided by our partners, and reflect total costs of the stay, including all taxes and fees known to our partners. Please see our partners for more details.
Payments made by partners impact the order of prices displayed. Room types may vary.
278lulu
Palm Coast, Florida
31

My husband asked what was the best part of the conference outside of conference events and I said hands down the Hotel Staff! Everyone was courteous, welcoming, and knowledgeable about the area and services for their guests. Everything was clean and the food was outstanding. Best experience I have had in a long time. Thank you to everyone at the Hotel for making our stay so enjoyable.More

It was our pleasure to serve you at Ramada by Wyndham Venice Hotel Venezia. We're delighted that our attention to cleanliness, delicious food, and exceptional staff were the highlights of your visit. Our team trusts you had a fantastic conference, and it would be a privilege to welcome you back to our property. Thanks for your kind words!

Report response as inappropriateThank you. We appreciate your input.
This response is the subjective opinion of the management representative and not of TripAdvisor LLC
See all 2,814 reviews
Payments made by partners impact the order of prices displayed. Room types may vary.
Nearby Hotels 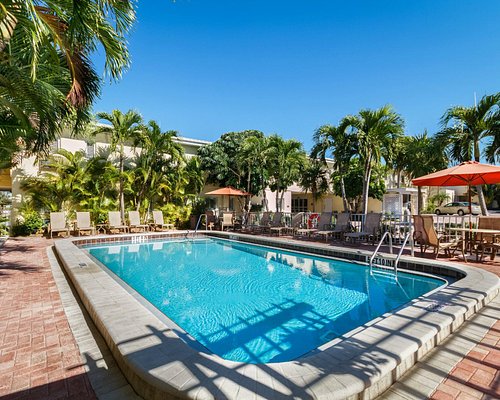 Taking safety measures
We compared the lowest prices from 18 websites 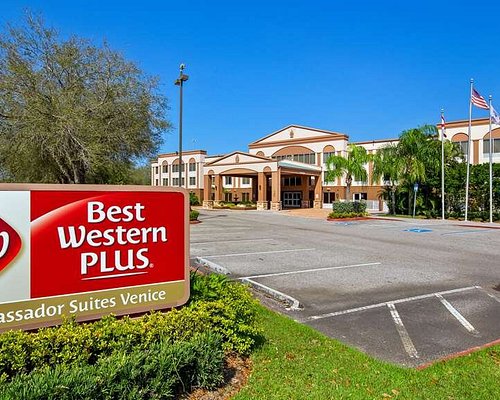 Expedia.com
View deal
Free cancellation
Reserve now, pay at stay
Booking.com
US$131
Traveluro
US$121
Priceline
US$131
View all 17 deals from US$121
333 reviews
5.1 km from Ramada by Wyndham Venice Hotel Venezia

The rooms were clean and the beds were comfortable. Two of the nights involved catered meals done by the hotel. At both dinners, the food was excellent. Nothing was overcooked or dry. I was extremely impressed.
The staff at the hotel were always available and ready to assist with whatever was needed.
If you are planning a conference, wedding, or just a family gathering, you and your guests will not be disappointed.

Dear Kathleen,
Wow! What a fabulous review. We are thrilled to hear that you were able to enjoy everything from our amazing staff to our scrumptious meals. Whether you are planning an event or just need a relaxing getaway, count on Ramada by Wyndham Venice Hotel Venezia to deliver.

Report response as inappropriateThank you. We appreciate your input.
This response is the subjective opinion of the management representative and not of TripAdvisor LLC
karenmckee2021
1
Reviewed 11 August 2021
Not great, especially for the price.

The room was comfortable. The AC worked great. The noise level was fine, especially being near the pool. The shower had good pressure. However, there was no breakfast buffet, but the front desk at check-in told us about it and we put that into our plans. Only to come down and see, not only no buffet, but no one seeming to be working. After about 10 minutes we were approached and told there is no buffet, but not why, and that the menu could be ordered off. Unfortunately there were no vegetarian options, really and it was a complete letdown.
The hot tub was also WAY too hot and had a lot of stuff floating in it, plus there were no towels available. And in the room there were only the 2 towels so you had to use the same towel for the pool as your shower.
Also had someone throw sand water and pizza toppings onto my car, probably from the balcony. That was not ok, however when I noticed it, we had already made plans to meet people, plus, what could they do, so we did not even report it.

Review collected in partnership with this hotel
This business uses tools provided by Tripadvisor (or one of its official Review Collection Partners) to encourage and collect guest reviews, including this one.
Ask karenmckee2021 about Ramada by Wyndham Venice Hotel Venezia
Thank karenmckee2021

Your feedback is appreciated, and we are sorry that your stay was not better. Your comments have been shared with our team as we recognize an opportunity to improve our communication and the experience for our guests. Thank you for choosing us, and we hope to have another opportunity to deliver a higher level of service.

Report response as inappropriateThank you. We appreciate your input.
This response is the subjective opinion of the management representative and not of TripAdvisor LLC
279madisond
1
Reviewed 11 August 2021 via mobile
Amazing!!!!

Awesome service. Great communication. Had to check in around 1 am and they accommodated us and extended our stay for another night for an extra $50! We had to book very last minute, and they were super helpful!

Dear Madison,
We're so happy that our team provided exceptional service and great communication during your stay at Ramada by Wyndham Venice Hotel Venezia. Thank you for choosing us and for taking the time to write a review. Please come back and see us again!

Report response as inappropriateThank you. We appreciate your input.
This response is the subjective opinion of the management representative and not of TripAdvisor LLC
A3410TEsharonm
2
Reviewed 10 August 2021 via mobile
Family

I received the best customer service. Front desk ladies were awesome and so accomodating. The room was clean. Was a little disappointed in the price of beer. Seems to be on the high side. I would stay there again.

Dear Sharon,
Thank you for sharing your experience staying at Ramada by Wyndham Venice Hotel Venezia. It is wonderful to hear that you liked our friendly, helpful staff and that your room was clean and comfortable. We look forward to seeing you again in the future.

Report response as inappropriateThank you. We appreciate your input.
This response is the subjective opinion of the management representative and not of TripAdvisor LLC
beachbum0304
Lake Placid, Florida
2
Reviewed 8 August 2021 via mobile
Bad hotel service

Loud music and marijuana smell coming from room next to us. We politely asked the guy to turn down his music. He told us F***k off Called office and they said they would fix it. 3 hours later still loud music. Doubt I stay here again. Such disrespect. I am a retired veteran and I do not appreciate how I was treated.

Thank you for notifying us of your recent experience at our property. We're deeply sorry to hear of any disturbance you encountered from a neighboring room and for any discomfort this caused. Please accept our sincere apologies that this was not resolved in a timely manner; we will address these concerns with the rest of our team and work together on improving responses to such issues so we can avoid this in the future. We appreciate you bringing this to our attention and we hope that you'll allow us another opportunity to provide the stay you were expecting and deserved.

Report response as inappropriateThank you. We appreciate your input.
This response is the subjective opinion of the management representative and not of TripAdvisor LLC
View more reviews
PreviousNext
1234…