US$98
View deal
Hotels.comUS$106
PricelineUS$106
FindHotelUS$109
View all 15 deals
Prices are provided by our partners, and reflect total costs of the stay, including all taxes and fees known to our partners. Please see our partners for more details.
Payments made by partners impact the order of prices displayed. Room types may vary.
npald
21

I like the hotel ambience and polite stuff specially Mr. Aditya Kr. (in Kava) and Ms. Aradhana (House keeping). I recommend this hotel for business and family travel. The location is good to reach and close to road.

Trip type: Travelled on business
See all 231 reviews
Payments made by partners impact the order of prices displayed. Room types may vary.
Nearby Hotels 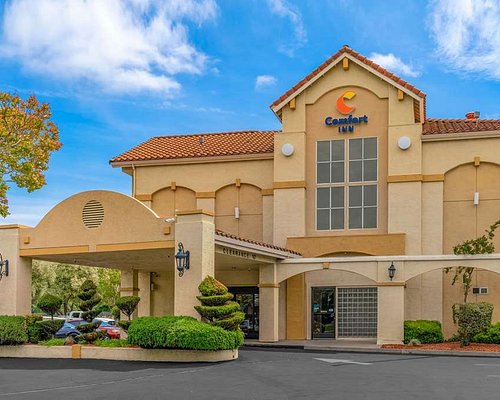 Breakfast included
Sponsored
Comfort Inn Cordelia
US$106
Booking.com
View deal
Expedia.com
US$106
Trip.com
US$98
Priceline
US$106
View all 15 deals from US$98
231 reviews
We compared the lowest prices from 15 websites 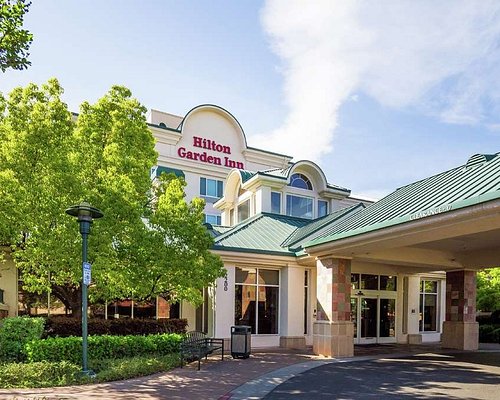 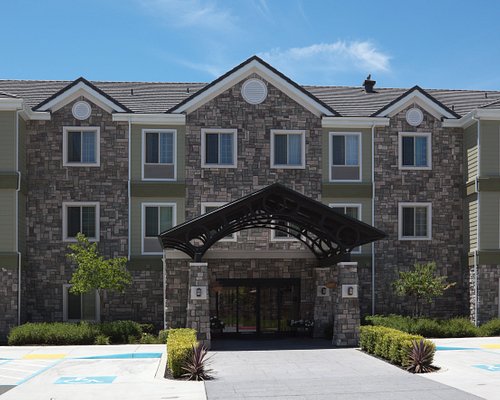 I was looking at my emailed credit card statement on 8/16/2020 and it showed a charge of $115.94 for a no-show hotel stay at Comfort Inn in Fairfield, CA. However, on June 9, 2020 My wife called the hotel at 707-864-1446 and canceled our reservation for 7/30/2020-8/5/2020. I then called the Hotel on 8/16/2020 to inform them that this must be a big mistake. The staff person said the manager [Luisa Vidal] was not in and will not be back in until Monday at 11am and I was to call back then. I have left numerous of messages for Mr. Luis Vidal for the GM and he hasn't called me back, I have reached out to customer relations department of Choice Hotels and filed a formal complaint. I am deeply disappointed that my situation is not being addressed. I am out of $115.94 for something that the hotel staff person failed to record in their system. I feel that because the GM refuses to speak with me, he knows that the hotel staff person has failed to report my cancelation. And what really hurts is that the hotel even charged a occupancy tax come on now. “beware be cautious and alert”

This review is the subjective opinion of a Tripadvisor member and not of TripAdvisor LLC.
ingo667
6576
Reviewed 3 March 2020
Good Location, Good Price

Towards the end of our 3-week-trip we had one night at the Comfort Inn Cordelia in Fairfield. As it was just a stopover we tried to find a mixture of "not too expensive" and "not too shabby". And from my opinion we did pretty good! Coming from Lake Tahoe and heading towards San Francisco this was quite a good spot in regard to the distances we had to drive.

We arrived on a late afternoon, found a parking space directly under a tree (it was quite hot that day) and went to the reception. We had to wait for a couple of minutes but then were checked in a friendly and professional way.

Our room was on one of the upper floors and unfortunately literally the last room in the hotel when it comes to distances... Not a problem, but at some point we thought we had missed the room.

The room itself was big, clean and had a quite modern style - compared to other roadtrip hotels and motels you might have seen.
The WiFi was ok and free of charge. They also have an outdoor pool but I can't tell if it is heated or not.

But as we only have stayed for one night I can't make a big story out of it.

If we're in the area the next time we'll definitely consider this hotel again.

This review is the subjective opinion of a Tripadvisor member and not of TripAdvisor LLC.
Dale L
1518
Reviewed 10 November 2019
Great place to stay

Room was very clean and also came with a large flat screen tv. Good breakfast was offered between 6 and 9 am. Ample parking is available. There are also many food options within walking distance from the front door. To get to the BART is only 20 minutes in Concord. Service at the hotel is a also excellent. If I am staying in the Bay area again this is my place to stay.

This review is the subjective opinion of a Tripadvisor member and not of TripAdvisor LLC.
Ron & Joanna C
Maryland
578
Reviewed 5 October 2019
Nice clean and convientant

We stayed here in between Napa Valley and catching our flight out of Sacramento. Nice friendly staff. Free parking. Lots of places to eat nearby. With more time would have checked out more of the local sites. Free breakfast Great room!

This review is the subjective opinion of a Tripadvisor member and not of TripAdvisor LLC.
RelentlessResearcher
1
Reviewed 13 August 2019
Hotel requires a $100 deposit, undisclosed during reservation process

Several family members stayed at this property a few days ago, and this review will not speak to the room/qualities of the property, just a financial issue. When checking in, they were told that a $100 deposit is required. This fact was not disclosed anywhere during the reservation process or in the confirmation email. I've encountered this on other trips when pets were brought into the room: no pets were traveling with them. They were assured that the $100 would be removed from our credit card within 24 hours. When checking 3 days later to assure that the $100 was removed, I saw two things: there had been a separate $100 charge which was added then subtracted within 24 hours. BUT, the room charge itself had an extra $100 added to it that had not been removed, so we were effectively overcharged $100 for the room. The invoice they received when leaving the hotel had the correct room charge and did not include the extra $100. If I had not checked our credit card statement I would not have known about the additional $100 added to the room charge. I called the hotel and was told that the extra $100 on the room charge "had been voided" and that it could take up to 5 business days to show on our credit card statement. So I will have to keep monitoring our credit card account and waste more time calling again and/or disputing the charge if things aren't corrected. If I had known about this deposit I would not have made the reservation at this property, because of the possibility of just this scenario. There was no reason for needing a deposit, and lots of possibilities for problems for me the customer because of it.