Orbitz.com
StayForLong
CheapTickets
View all 7 deals
Prices are provided by our partners, and reflect total costs of the stay, including all taxes and fees known to our partners. Please see our partners for more details.
Payments made by partners impact the order of prices displayed. Room types may vary.
lexiezlexie
2

We went here on a friend's recommendation.

The one positive I had was the location- it is walkable for all of downtown Apia, and it's easy to flag down a taxi anywhere nearby.

Now the negatives: the credit card machine was "down" all four days that we were there, which meant that we had to withdraw tons of cash to pay for our trip. At one point, it became clear that the machine was not plugged in. They plugged it in to charge, and told us to come back so that they could run our card. Ultimately, we had to go to the ATM right before our flight to pay our remaining balance.

The room was not made up once during our stay. The sheets and pillows had a bad, musty smell.

The bathroom was completely taken over by ants and there was a live cockroach in the fridge.

The pool was green and unusable.

The internet was unavailable. We had to go to another hotel to use their wifi.

We will not be back. Disappointing, because it seems like it used to be much nicer.More

Thanks for your feedback. As we usually get locals, our bank machine is rarely used. But we appreciate your earnest time taken to review Eden. We now have a full on working machine for credit card users.

We also have wifi but it is not free. You may purchase online or buy a card from us.

May you enjoy the rest of Samoa should you return.

Report response as inappropriateThank you. We appreciate your input.
This response is the subjective opinion of the management representative and not of TripAdvisor LLC
See all 62 reviews
Payments made by partners impact the order of prices displayed. Room types may vary.
Nearby Hotels 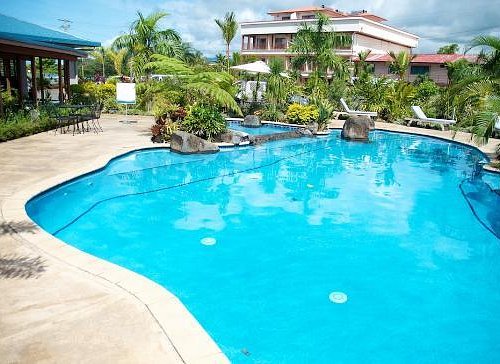 Top Rated
Amanaki Hotel
US$110
Tripadvisor
View deal
Pay up to 12X
Hotels.com
Travelocity
Orbitz.com
View all 12 deals from US$110
245 reviews
1.4 km from Eden's Edge
We compared the lowest prices from 12 websites 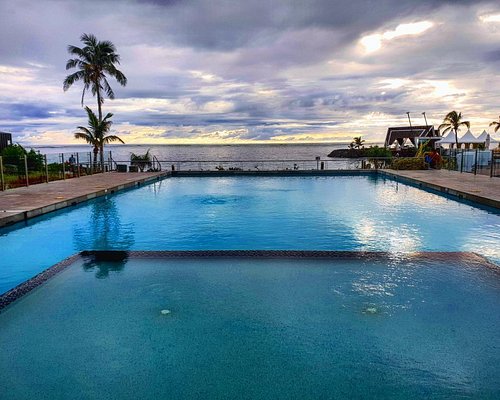 Expedia.com
View deal
Hotels.com
Booking.com
US$231
Orbitz.com
View all 16 deals from US$231
1,545 reviews
2.4 km from Eden's Edge
We compared the lowest prices from 16 websites 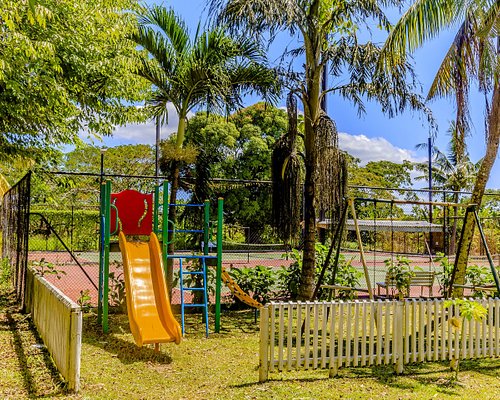 Hotel is conveniently located in the city. The single rooms were small and simple. The staff were friendly. The pool looked like a lake, very green. None of us dared to enter the pool. And there were tons of mosquitos around. The breakfast was runny scrambled eggs, a hotdog, a piece of toast, and a slice of fruit. The food could be better. There is a bar that gets lively at night.

Thanks. We have since upgraded our rooms and have recently painted the swimming pool with light blue, and new plastas. So we are prepared for the games about to happen next week. Your feedback is welcomed. Have a great year.

Report response as inappropriateThank you. We appreciate your input.
This response is the subjective opinion of the management representative and not of TripAdvisor LLC
Rosemary F
265
Reviewed 7 November 2018
Mixed bag

For business location is excellent as are the room staff, but facilities becoming run down and broken - eg half the rooms air conditioners did not work.
Had a couple of bad experiences - came early off the plane exhausted to filthy rooms obviously used the previous night for temporary engagement - first room filthy and transferred to another equally as bad. The other issue related to a gay party going on in both neighbouring rooms - thin walls and imagination not wrong - management is the issue to allow this to occur and are very rude when addressed about it - they need to decide if it caters for business people or operates as a sometime brothel - the two are not compatable

This review is the subjective opinion of a TripAdvisor member and not of TripAdvisor LLC
Andrew B
Auckland Central, New Zealand
75
Reviewed 3 November 2017
Hit the spot

Needed a reasonably priced central Apia hotel. The bar was great for a few drinks and meeting locals, the pool was always available and family friendly. Enjoyed the stay and the staff. I'll will be definitely in December and looking forward to them reopening the restaurant.

Ask Andrew B about Eden's Edge
Thank Andrew B

This review is the subjective opinion of a TripAdvisor member and not of TripAdvisor LLC
Lisa T
Lower Hutt, New Zealand
20335
Reviewed 3 September 2017 via mobile
Quiet retreat

I spent nine nights here. I loved the periods of quietness and the relaxed atmosphere. Each room had a deck with deck chairs. This was a perfect place to read or just admire the lush landscaping. It's not the most perfect accommodation but I give them full points for the effort they make.

This review is the subjective opinion of a TripAdvisor member and not of TripAdvisor LLC
LauraL8704
715
Reviewed 10 August 2017
Do not stay here!!!!!!

After reading a mixture review i was hesitant in booking here... but it was a good location and reasonable price. when we arrived its in a bit of an industrial area so would not recommend walking at night. the room was basic and the bed was hard. Air conditioning did not work. shower curtain had black mold stains so we didn't even bother using it! Sheets on bedding did not look the cleanest! Breakfast was a mixture, sometimes average and sometimes terrible. Hardly any communication from staff. Did not service rooms, so we always had to find someone to give us clean towels. There was hardly anyone at reception most of the time. Pool was never clean, when i asked they just kept saying tomorrow... overall one of the worst places I have ever stayed in during my travels. ended up leaving early and booking else where.I regret not taking photos! so my advice is just do not book here and pay a bit extra to get somewhere decent and CLEAN!

This review is the subjective opinion of a TripAdvisor member and not of TripAdvisor LLC
View more reviews
PreviousNext
123…
<script type='text/javascript' crossorigin='anonymous' async onerror='__scriptLoadError(this,true);' src='https://static.t