One of the best places for summer... - The Mirage Resort & Spa

One of the best places for summer holidays

Trip type: Travelled as a couple
See all 422 reviews
Payments made by partners impact the order of prices displayed. Room types may vary.
Nearby Hotels 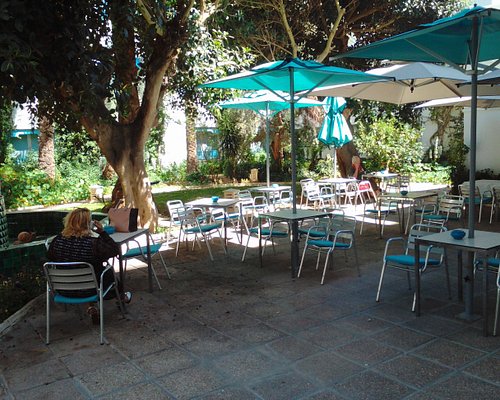 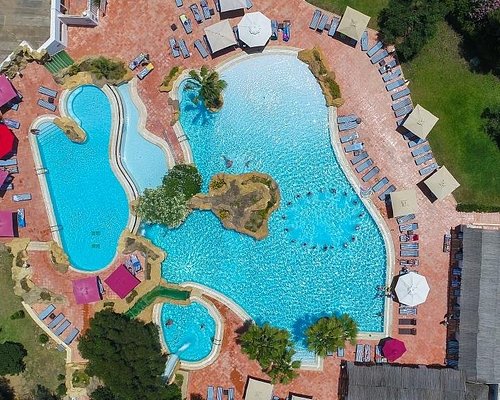 Will b back for sur,it was a lovely time in mirage beach club .even no much gest There,the bar in reception was great with good service ,the restaurant is perfect u feel the Maldives in tunisia.we hope Every things will b ok in the world to com back .........❤❤❤❤❤❤

This review is the subjective opinion of a Tripadvisor member and not of TripAdvisor LLC.
Oubaid C
1
Reviewed 23 August 2020
We loved the ambar bar

It was a amazing trip we enjoyed our time there the food was delicious as well I'm sure I will come back there one day.the bar was amasing .the entertainment were polite to ivite us doing some activities even with no much gest there.thanks for every one making my holiday to remember

This review is the subjective opinion of a Tripadvisor member and not of TripAdvisor LLC.
Boyling1999
1
Reviewed 21 April 2020 via mobile
Had a great time, made loads of new friends and all the staff were lovely.

We went just as the hotel opened for the year, it was very quite and only a few more visitors there along with us. But this suited us perfectly. We made friends with all the other visitors there and we would often go exploring the local towns/attractions and restaurants together in big groups. Imagine 10 separate couples/families going exploring together.

The staff were also lovely, when we arrived we were given complimentary drinks and someone escorted us to our room carrying our luggage for us while giving us a thorough tour on the way to the room. Also nice to see that older guest and their luggage were treated with extra care and drove to their rooms in gold carts over having to walk. Three of the the men reps including funzy, Alex and another gentleman were super friendly and were always willing to sit and chat with us. Plan activities and help us with booking attractions such as camels and quad biking.

The room had plenty of room for both me and my partner and it was a lovely, had free condiments, a safe for valuables (that you can make your own code up too) and compliments. It’s was the same size as a small flat. The same lady cleaned our room everyday (but they do give you a sign to put on your door if you don’t wish it to be cleaned) and she did a superb job, very friendly and always put in the extra effort to leave flowers and beautiful towel figures.

Only negatives I can think of is the men asking you to do attractions, I would approach them if I wanted to do the attractions. Also a lot of renovation was going on and you could hear it at night, the beach wasn’t completed but we were happy with just the pools as there is many options to chose from. I also understand they have scheduled food times for breakfast, lunch and dinner. But there is no other options for food other than having to wait till they start serving. Found myself starving and having to wait till 6, to go get the food and they would tell us the food wasn’t ready so we had to wait longer. (Although the food was delicious, with a wide variety from savoury/deserts and fruit/salads!)

This review is the subjective opinion of a Tripadvisor member and not of TripAdvisor LLC.
451hayleyh
Leeds, United Kingdom
410
Reviewed 13 February 2020 via mobile
The worst hotel and holiday of my life.

Food poisoning, scammed of £200 ON MY BIRTHDAY and flies everywhere. The reps sleep with all the girls and boast about it. Harassed every day for money to pose with a camel or rubbish excursions. If you complain, you'll be upgraded to the posh rooms but the pool was contaminated and we all got sick. The absolute state of the dining and eating area was appalling. The main pool felt slimy and grainy. Never returning, I promise you this is no exaggeration. I'm a very honest reviewer please see my other reviews.

This review is the subjective opinion of a Tripadvisor member and not of TripAdvisor LLC.
Alishaaa24
12
Reviewed 4 January 2020
Beautiful location but rooms need improvement

My fiance and I visited the Mirage Beach Club in September 2019. So before I start sounding like having huge expectations, we have been in lots of 4* and also 5* resorts and know what to expect for the money. Lets start with the positive things. The Mirage Beach Club is enormous and beautiful with animal sculptures and plenty of green areas. The plants are well looked after. The beach is pretty, however the camel guy walking by the beach is annoying (although they are all annoying to me as I don‘t support any attractions including animals, so that‘s my personal opinion) The swimming pools are beautiful and huge. Another positive point are the desserts. Usually in resorts the desserts seem a bit tasteless to me however, The Mirage Beach Club has lovely cakes and small fruit tarts. Some days the food is great and some others it seems a bit repetitive (as with most resorts) But the food they serve is tasty and they do serve fresh melon which is a huge plus point for me. Also there was a very friendly waiter who always prepared and reserved a table only for us and gave us bottles of red and white wine. And he also placed flowers on our table every now and then. Animation is great because they leave you alone if you want to relax however, they seem so positive and friendly and even I joined for some sports activities, and I am usually not much of an animation person. They clearly do a great job.

So now lets talk about the negative points. ROOMS. I think the room is a big question of luck here, some people had great ones and some others bad ones. When we arrived, they wanted to give us a completely run down and smelly room, which was not prepared and cleaned. (There was a panty liner laying around) So afterwards we rejected it and after getting told that most rooms are booked, we stayed at the reception until 3-4am with our luggages demanding another room. Long story short, after 2 changes we got the room which is shown on their websites pictures. So the room really is a question of luck and patience, but they do have normal rooms so don‘t settle for less. The cleaning of the room was alright but could have been better (and we gave tips). Another thing which drove me mad are the guys who sell trips. They won‘t leave you alone. We did lots of those attractions already the year before in a different hotel, but there we approached them, if we were interested and did not get harassed all day. On top of that they are extremely rude especially Pirate ship, Quad guy and Camel guy. We paid half the price for our quad trip last year and told him that. He got all rude and said we should not be on holidays if we are to poor. And there is another camel guy there as well and he would not leave me alone. He was bragging about the amount of weight they make their camels carry and I almost puked listening to so much animal cruelty. Please do not support this. The hotel staff in general were alright, some were not so friendly and some very friendly. The best guy is Jaja. He was very understanding and helpful with the room situation. Oh and soap for the bathroom is very hard to get for some reason.

P.S. I only kept the nice pictures of the resort on my phone and not the ones of the first two rooms, as I don‘t like keeping images like that. But we did send them to Thomas Cook customer service and also showed them at the reception. Those images were the main reason we could change rooms.