US$196
View deal
Free cancellation until 01/12/21
Booking.comUS$230
PricelineUS$229
Trip.comUS$230
View all 14 deals
Prices are provided by our partners, and reflect total costs of the stay, including all taxes and fees known to our partners. Please see our partners for more details.
Payments made by partners impact the order of prices displayed. Room types may vary.
Kaladachas
Horsham, United Kingdom
1721

See all 4,096 reviews
Payments made by partners impact the order of prices displayed. Room types may vary.
Nearby Hotels 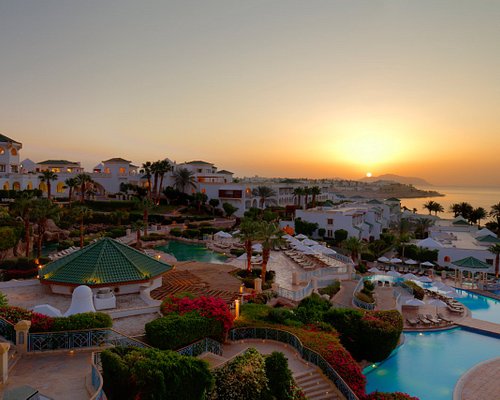 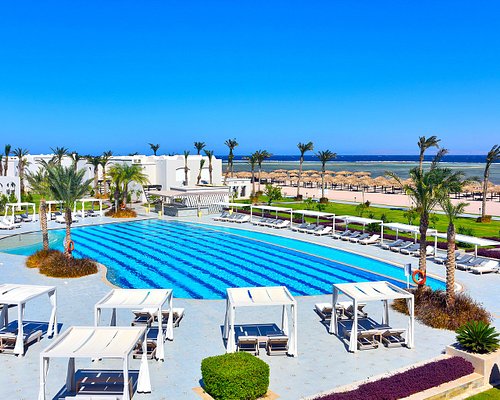 All Inclusive
Steigenberger Alcazar
US$340
Booking.com
View deal
Free cancellation
Reserve now, pay at stay
Hotels.com
US$340
Agoda.com
US$295
Expedia.com
US$340
View all 16 deals from US$295
2,021 reviews
3.2 km from Magic World Sharm - Club by Jaz 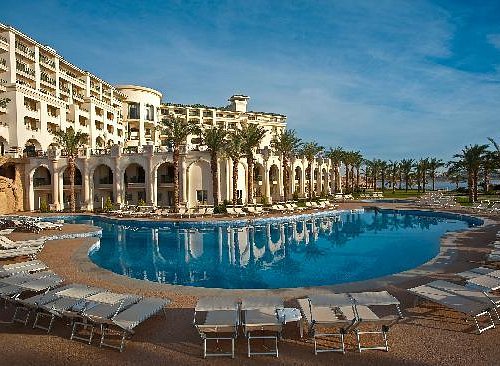 I cannot give enough praise to this hotel! As a family we loved it! The rooms were huge and always cleaned by the lovely housekeeping staff that were always so friendly! There was so much choice of food, each dinner was a different theme and was exciting to have a look and see what displays there were, even the waiters dressed up! The whole hotel was kept so clean and tidy-even the beach toilets were cleaner than most public toilets in the uk! Every day we saw the maintenance men painting something new and the gardeners tidying up the shrubs and trees. The grounds are stunning!

The pool area was amazing, spent most of the time at the kids pool where there was enough loungers for everyone. The few times we ventured to the otherside of the pool it was even better, there was music playing and activities with the entertainment team-could get a bit loud but I love it.

I have to say the biggest and best part about the hotel was the kids club, it was amazing and I'm gutted I didn't "send" my daughter there earlier- every day she woke up asking for us to take her there. She loved it! Franzi and the team were so lovely and made so much effort with the kids. The club room is like a little play school and has so much to do! The little disco at the end was so much fun for them, even when the songs were in different languages everyone joined in.

I couldn't get over how friendly the staff were, the barmen at the pool, waiters, lifeguards and even the gardeners would say hello and smile even when they were busy. They would always ask how we were and how our day was!

We went to the Indian/Thai restaurant which was lovely. Was easy to book and the staff yet again were so friendly. The food was lovely-not your average Indian.

The beach was a little dissapointing but only due to the roughness of the sand, the loungers and everything else were perfect-although they get hot! The lifeguards and barmen again were lovely. The best part of the beach has to to be the jetty! It's so nice to walk down and see what you can see, the corals and fish are gorgeous.my OH and parents went diving and loved it! They are so helpful and friendly at Magic dive.

Even the wellness team (which I was a bit worried about after reading reviews) were very friendly. They would approach you but were happy enough when you said no. The shop owner in the "newsagents" was brilliant! He was so helpful and funny that we ended up in there at least once or twice a day! Sold everything you needed and prices are set so no haggling which I found so much easier, everything is lablled in euros but he will quite happily change into sterling or Egyptian pounds!

So overall we loved the hotel and holiday! All I would say about sharm airport is take toilet paper and disinfectant! The only time in the whole holiday I felt a little bit sick! Don't expect anything from it!

I would 100% go back again, April/may was definitely the best time to go, was quiet enough and so warm! Highs hit 38 which was perfect! Although I was told that this was the coldest April in 15 years, I'm quite happy with that as was also told August gets to 58 degrees! Ouch!

This review is the subjective opinion of a Tripadvisor member and not of TripAdvisor LLC.
hai99
hai99
1016
Reviewed 4 May 2015
VERY GOOD

Stayed here last week of april and had a very good time as i agree with another review there is no wow factor with this hotel and i dont think they need it. From the time we arrived we were looked after everyone is very friendly and helpful and hotel is very clean. No problem with the food or drinks tried all three al la cartes amazing. Please dont change anything about the hotel having walked up to neighbouring rixos its not the hotel we stayed in a couple of years back. Thank you for a brill time and yes we would stay at this lovely hotel again.

This review is the subjective opinion of a Tripadvisor member and not of TripAdvisor LLC.
Jane L
London, United Kingdom
263188
Reviewed 3 May 2015
Pleasant ethnic style hotel

I have been to Sharm before, so was therefore not expecting too much from the local surroundings, but was slightly disappointed on arrival at the hotel reception, because it seemed a bit shabby and worn. The last time we stayed in Nabq bay we stayed at a much glossier hotel. However as we got used to the place we actually began to like it more, the buildings all have the appearance of orange sandstone, a very Egyptian feel, rather than ultra modern and everything was very clean, with lovely gardens to wander in. Our room was near the relax pool and we stayed pretty much in this area the whole time, it was nice to be away from the loud music and efforts of the animation team, although they seemed to be doing a good job for those who wanted to partake in the many activities. In the evenings we really enjoyed sitting outside in the various bar areas and saw a couple of really good shows both there and in the amphitheatre. The staff were all excellent, very busy serving, clearing tables etc all the time and always pleasant. It is a big hotel so the main dining area was quite hectic around 7pm, but if you enjoy a cocktail, then dine a bit later ie after 8pm it qui tens down and dining is a much more pleasant experience. Each evening the restaurant was beautifully decorated for a different theme, which was lovely and there was always plenty of choice of freshly cooked food for every taste. The a la carte restaurants were perfect a much more relaxed dining experience, all were good but the Italian was my favourite. Overall I would recommend this hotel, it has a lovely ethnic feel and it's very well kept, with excellent standards of hygiene.

This review is the subjective opinion of a Tripadvisor member and not of TripAdvisor LLC.
lulujx
27
Reviewed 3 May 2015 via mobile
Very honest overall review

This review is the subjective opinion of a Tripadvisor member and not of TripAdvisor LLC.
Mactravel53
East Riding of Yorkshire, United Kingdom
320687
Reviewed 2 May 2015 via mobile
Very Good Magic Oasis

I'm being picky only giving this place 4. It does everything very well but just lacks the final wow. Staff everywhere are almost all brilliant and attentive and tip boxes are all over so tips can be shared out. Buffet has a different theme every night and is freshly cooked. Hygiene and cleanliness is great. We were there 10 days and had no tummy problems at all. We wanted a room change from a twin to a double (thank you, not, for yet again not transmitting our request First Choice...) and this was actioned promptly, courteously and with a smile by the really helpful Magic Life reception staff.
All inclusives (Italian - great ambience, Asian - great Thai, Egyptian - well, Egyptian...) and are all good but have to be booked at guest services one day in advance. It opens at 9 and the queuing starts at 8.15 but has cleared by 10 past nine and places are still available then - so go later and avoid the queue!
Snorkelling is good off the jetty. We had three red flag days with strong winds which marred the snorkelling a bit, but once the green flag was up its pretty good with a lifeguard present who lets you know which way the current is flowing. Snorkelling to the right, (South side) is better.
Relax pool is quiet, activity pool is hectic, sun beds usually towelled up between 7.30 and 8 so be prepared...Sun is hot and burns so find shade and remember your high factor suntan cream.
Entertainment staff are enthusiastic and the shows are fun and enjoyable. Get your drinks from the bar before going to the amphitheatre though as there is no bar there.
The Asian restaurant is open, no booking required, at lunchtime and does great fajitas.
Promenade north at the hotel front is a great walk in the evening after about 4.30 when it starts to cool, very few touts to bother you.
The hotel provides everything you need unless you forget insect repellent spray which you can buy in the Pharmacy across the road. Only a few mossies at dawn and early evening though but did see some people with nasty bites..although the hotel has its own 'ghost buster' patrol with their electric tennis bats...
Not a lot to see other than desert and tat outside so don't bother and if going bike riding remember it's very hot and be fit and take lots of water - or alternatively don't.
Trips are available to Cairo / Luxor but expensive and long days, we preferred just chill axing. We did do the snorkelling cruise to Tiran Island (see TA VIP Cruise reviews) which is a must do, but shop around as Viator (tripadvisor) do a much better deal than the tour operators who big up the safety / security side and charge extra for that. Again though, your choice.
Magic Life is up with the best we could see in the Nabq Bay Area. Village Egyptian theme, Rixos next door and a new Rixos soon to open on the other side are probably more luxurious and contemporary, but Magic Life gives great value for money, just lacks that final wow factor though, nd although gardens and fabric are exceptionally well maintained there are signs of ageing..
Finally Sharm is in a military zone (zone c - the safest) and is exclusively dependent on tourism. Staff are predominantly male unaccompanied as very few families live locally and most staff come from Cairo and villages in mainland (non Sinai / Asian) Egypt.
They need our tourism and are aware of it and open to constructive feedback, and generally try to be helpful and attentive. If we stay away standards will fall which would be a shame, and so we will keep going back as its a great and economical early summer break location with everything you could want for all at a great price; although we might go to Naamah bay next time where it's more sheltered from wind and the from the Gulf of Aqaba tidal swell and also nearer old sharm - but again personal choice..
4 and a half or more out of five but not quite five - don't let me put you off, we had a great time and I've been purposely picky to inform fellow travellers rather than with any intention to criticise...

This review is the subjective opinion of a Tripadvisor member and not of TripAdvisor LLC.
View more reviews
PreviousNext
1…124125126…