“Perfect service”
Sk5wXzJfSlY4
other travellers have booked this property 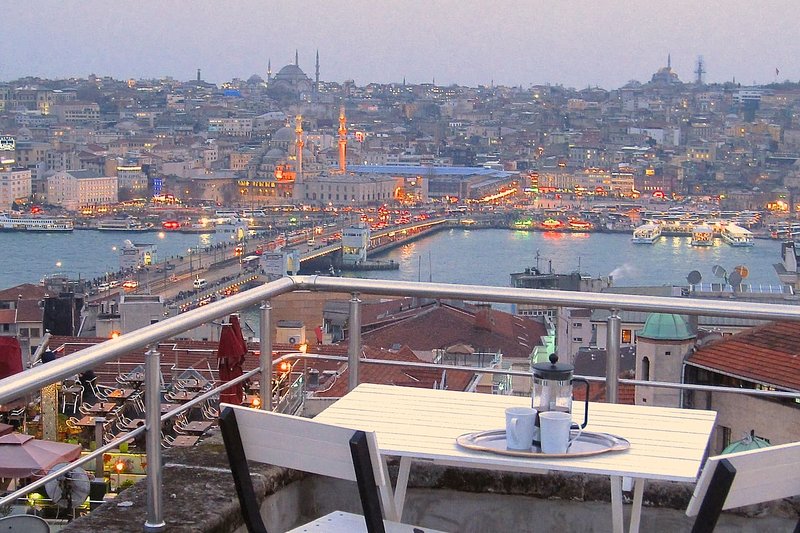 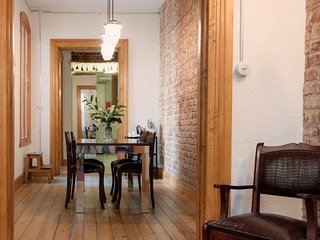 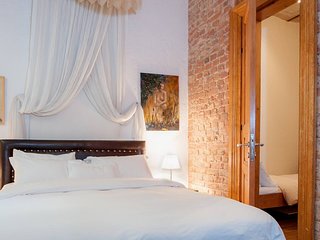 Excellent - based on 65 reviews
Write a Review

My son and I arrived on a Sunday and were greeted by Monika who informed us that the boiler in the the petraki!place apartment had failed the previous day and that they were waiting for business hours on Monday to engage a repair person. The car from the airport had delivered us to another apartment nearby petrak!place - this is where we met Monika - and she explained that we could stay there instead. It was a nice apartment but too small for four (we needed three separate and private sleeping rooms by Tuesday when the rest of the family arrived). I explained our predicament, she contacted Tarkan, and he approved buying a new boiler Monday morning and having it installed immediately in spite of the fact that the current one was (he reported) under warranty and a repair person could likely have it fixed in a day or two. My point is that Tarkan chose to manage it in a way that would least inconvenience us. It was fixed Monday and all was fine. Everyone we met through this company was strikingly attentive and helpful. They outdid themselves in every way taking care of us. In the interest of representing his regret for our inconvenience Tarkan arranged a half-free food tour (we paid for the food and a wonderful young woman - Aynsla [sp?] - guided us to the coolest places for four hours one afternoon). The apartment was terrific in every way, from location, to great beds, water pressure, the rooftop terrace, cleanliness, aesthetics - everything. We loved it. it was one of the best visits we have had to a European city. The neighborhood is full of boutiques, cafes, and galleries, the nightlife was very lively. It was great. We travel as a family (me, my wife, two young adult children) a good bit and everyone agreed it was one of our best trips. Upon returning to the States we needed some paperwork and Tarkan quickly took care of that. Really, great service overall, and it really made a difference.

Date of stay: April 2013
Liked best: Service, location, and view from the terrace
Liked least: Nothing to dislike
Travelling group: Spouse/Partner
Would you recommend this hotel to a friend?   Yes.
Recommended for:
Was this review helpful? Yes
This review is the subjective opinion of a TripAdvisor member and not of TripAdvisor LLC
Problem with this review? Thank you. We appreciate your input.

We stayed here with our two-year-old son and friend for a week in April. Here's the deal...

Pro's:
-Great neighborhood, full of cool shops, great food, and fun cafes/bars. Perfect atmosphere!
-Kind and efficient booking process/staff. Everything went smoothly inc. airport transfer.
-Cool apartment as advertised, neat period features and all mod cons. Spacious.
-Pricey, but worth it, especially if you have kids or are traveling with a few people

Con's
-Street noise was a little extreme, especially on the weekend nights. Tough for our little guy. Call to prayer is pretty darn loud too, even by Muslim standards.
-A few minor upgrades needed, leaky shower head and dripping boiler bucket. Minor, but needed.
-The flat is great, but the building entry is pretty shabby. Fine line between atmospheric and slummy. Not a big deal for us, but just an FYI.
-Galata is a great place to stay, but it is a bit of an effort to get around. Not a biggie for us, taxis are ever present and the metro is about a 10 minute walk (although it does not connect to the old town area) but just an FYI.

All and all it's a great place to stay. Most of the con's are out of the owners/managers control. Istanbul is great, go for it!

Date of stay: April 2013
Liked best: Neighborhood, People, Period features
Liked least: Street noise, minor issues
Travelling group: Other
Would you recommend this hotel to a friend?   Yes.
Recommended for:
Was this review helpful? Yes
This review is the subjective opinion of a TripAdvisor member and not of TripAdvisor LLC
Problem with this review? Thank you. We appreciate your input.

Paris
Reviewed 12 March 2013 for a stay in March 2013
Date of stay: March 2013
Would I recommend this holiday rental to my best friend?
Recommended for:
Was this review helpful? Yes
This review is the subjective opinion of an individual traveller and not of TripAdvisor LLC nor of its partners.
Problem with this review? Thank you. We appreciate your input.

Should have written this sooner, I know. We wanted to visit while our eldest son was still available after his semester in Istanbul so he could be our guide. We also brought along our teenage son for some family bonding. The apartment was perfect for the four of us. The master was gorgeous with a very small bedroom adjoining which could be perfect for a small child. (We used it as a dressing room since it had some very handy shelving). The bathrooms were lovely and spotlessly clean as was the enire apartment. The elder son camped out on the couch and the other took the other bedroom with a double bed. Having two bathrooms was really important for family harmony. The kitchen was also excellent and we did a lot of great cooking. The rooftop was outstanding and really made the place memorable. We shared hours of toasting, snacking and gorgeous views of the adjacent Galata Tower and the Bosporous. (The climb up the stairs would be very difficult if not impossible for the elderly, very young or handicapped). There was no furniture up there so we had our healthy sons carry up chairs. I think that there was a small table. The photos provided really didn't do justice to the beautifully appointed apartment. Loved it!

Date of stay: June 2011
Liked best: The rooftop
Liked least: It would have been better for us if the second bedroom had two single beds instead of a double.
Travelling group: Teenagers
Would you recommend this hotel to a friend?   Yes.
Recommended for:
Was this review helpful? Yes
This review is the subjective opinion of a TripAdvisor member and not of TripAdvisor LLC
Problem with this review? Thank you. We appreciate your input.

The location and proximity of this apartment to the Galata tower, Taksim shopping street and all the cafe's is unsurpassed. We had a party of five and everyone was very comfortable at this beautifully furnished apartment. The building is old and antique looking from outside but once you step inside it is very nice.

It is literally only a few steps away from Galata tower. Tarkan was wonderful to deal with and Monika made sure all of our needs were met. There were a couple of things that were missing from the apartment but they almost immediately replaced.

Date of stay: November 2012
Liked best: Liked the apartment and its location
Liked least: lack of good satellite channels, and no small dishes/bowls for breakfast
Travelling group: Extended Family
Would you recommend this hotel to a friend?   Yes.
Recommended for:
Was this review helpful? Yes
This review is the subjective opinion of a TripAdvisor member and not of TripAdvisor LLC
Problem with this review? Thank you. We appreciate your input.
Previous Next
1 … 5 6 7 8 9 …
Updating list...
Do you own a holiday rental? List it here.

Looking for a place to stay in Istanbul?
View all 766 holiday rentals