US$72
View deal
PricelineUS$73
FindHotelUS$73
EtripUS$73
View all 17 deals
Prices are provided by our partners, and reflect total costs of the stay, including all taxes and fees known to our partners. Please see our partners for more details.
Payments made by partners impact the order of prices displayed. Room types may vary.
doloress645
Los Angeles, California
1

The hotel is average, appeared to not have been updated in years. Due to Covid 19, the in-door pool was closed. There was no hot breakfast, instead, frozen breakfast sandwich's (that had to be requested at the front desk), yogurt, packaged pastries, juice, cereal, milk and coffee.
The room room was ok, beds comfortable, room appeared to be clean. That is until my grandbaby dropped an item behind the nightstand and found a used condom and other grim behind it. I was appalled! Especially since my 9 year old grandbaby found it. I took a picture (see attached) and marched to the front desk. I showed the picture to the clerk, then asked to speak with the manager. The manager was very apologetic and stated the rooms are supposed to be cleaned and checked by a supervisor. Obviously, the condom was missed! The manager offered another room, but I did not want to go through the same thing of finding it unclean. She then said she would have the room thoroughly cleaned, which it was. She then reimbursed me the payment for the whole weekend. I always carry Clorox disinfectant wipes when I travel, and wipe down everything on the airplane and in the hotel room. The condom was way beyond!!! Even if the normal cleaning is vacuuming around furniture in the room, a THROUGH CLEANING of the room should be done at some point!!!More

Show less
See all 95 reviews
Payments made by partners impact the order of prices displayed. Room types may vary.
Nearby Hotels 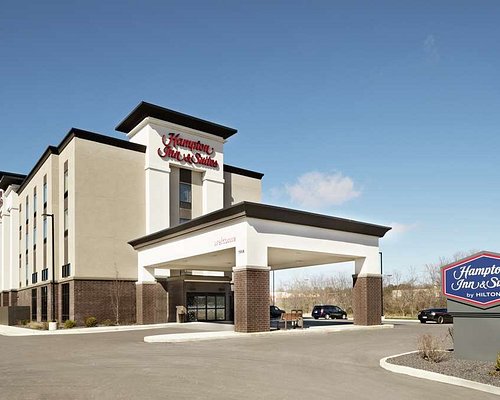 Expedia.com
View deal
Hotels.com
Traveluro
US$87
BestWestern.com
US$97
View all 19 deals from US$87
348 reviews
3.2 km from Comfort Inn Alton 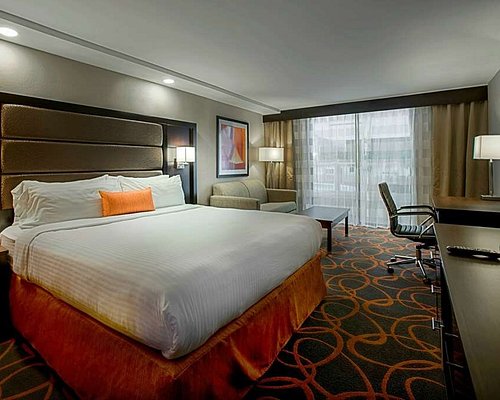 Room: hairs on the floor in the bathroom and room had a smell like it might have been a smokers room in the past. It made me congested.

I saw reviews of place feeling unsafe, I would say that's untrue with my visit.

This place needs to re-open their pool...the only hotel we have stayed at that pool that isn't open. They market a hot breakfast which is not accurate.

This review is the subjective opinion of a Tripadvisor member and not of TripAdvisor LLC.
julierU3038VM
1
Reviewed 18 May 2021
Pretty awful!

Old smoke stink in room. Where the exhaust fan in the bathroom should be had a towel stuffed in it. Bathroom light bulb out and ant crawling on the ceiling. And don’t open the curtains. The windows are so dirty you can barely see out.

This review is the subjective opinion of a Tripadvisor member and not of TripAdvisor LLC.
183stevez
Camdenton, Missouri
11225
Reviewed 12 February 2020 via mobile
Not Again.

Second time staying here. Front desk very rude both times. I stay in hotel 200 times a year Choice Hotels 90% gives me Diamond status. As part of my diamond status I receive a bottle of water. I had to argue with the front desk over a bottle of water that I am to receive as part of being a diamond member. They could care less about your business that want the money but not provide a service. Never will I stay here again.

This review is the subjective opinion of a Tripadvisor member and not of TripAdvisor LLC.
Glamgram123
2
Reviewed 1 November 2019
Warning to women and children

Dirty, bugs, all bedding smelled like a sweaty mechanic, the hotel double charged my credit card and I still haven't gotten it all back yet. 2" long centipedes on floors. I hope the heck they dont crawl in your bed.

This review is the subjective opinion of a Tripadvisor member and not of TripAdvisor LLC.
arat18
St. Louis
1833
Reviewed 17 September 2019 via mobile
Choose with Caution

Stayed here for the Bike MS event in Godfrey. We stayed here 3 years ago, and things seem to have taken a turn for the worse - I don't remember it being this bad before. Rooms are worn, and the smoke smell is terrible. There was someone sleeping in the hallway when we left the hotel around 5 am Sunday morning. I've stayed at a lot of Comfort Inns and this is by far the worst - surprised they are allowed to keep the Comfort Inn brand and not be downgraded.