“Outstanding Location”
MTVHXzhfQXZ3
other travellers have booked this property 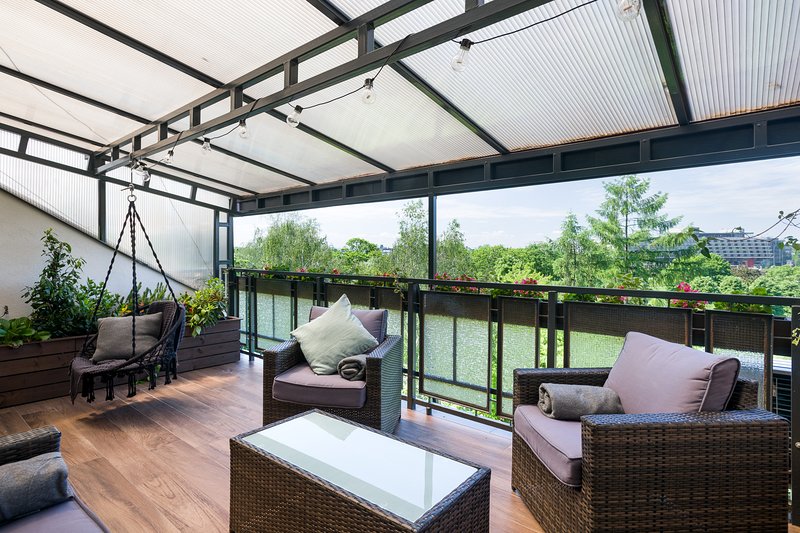 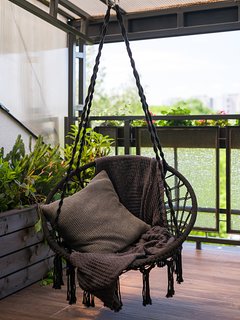 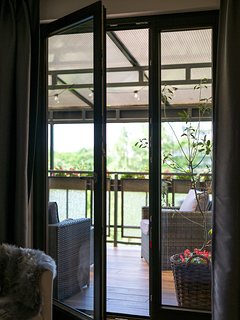 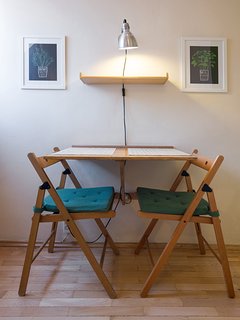 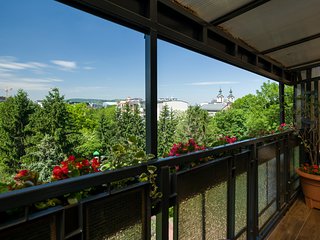 Excellent - based on 5 reviews
Write a Review

My wife and I had previously stayed in Krakow, using the Rental Agency through Jacek, although we could not get the same apartment, Jacek offered us this one, which was a bit further from the city centre. This time we went with other members of the family, including one member who was partially disabled. We already knew about the stairs, and they are, indeed, a challenge, even for relatively fit people, but we all managed to negotiate the 100 plus steps without too many problems. The apartment itself was warm, clean, and cosy, with the most fantastic views of the river and surrounding area... it must be really lovely on a warm summers night. There were 5 of us in the party, and we had no problems with the apartment. The Wi-Fi worked very well, and there was also a Internet PC in the apartment. There was also a washing machine which was situated in the bathroom. Getting into the City Centre was quite straight-forward, and the main Tram Stop was just two blocks away. Once we had worked out what we needed to do, we found that we were using the trams to get us everywhere. Basically, it was just a matter of getting a 72-hour ticket from one of the ticket machines at the main Tram Stops, then it was just a matter of getting on a tram and getting your ticket punched by one of the yellow ticket machines on the actual tram, and once you had done this, then you didn't have to do anything else. I believe ticket inspectors travel on the trams, and if they find you haven't had your ticket punched, then you are subject to a substantial on-the-spot fine. Anyway, I can highly recommend this as the best way to get about the City, and for 7 UK Pounds for 72 Hours unlimited travel.. it's a bargain.. you can get tickets for longer or shorter periods. We used Resort-Hoppa for transport to and from the airport, and they were excellent. We would certainly look at coming back here again during the summer.

Date of stay: November 2013
Liked best: The Location and views
Liked least: The 100 + stairs
Travelling group: Extended Family
Would you recommend this hotel to a friend?   Yes.
Recommended for:
Was this review helpful? Yes
This review is the subjective opinion of a TripAdvisor member and not of TripAdvisor LLC
Problem with this review? Thank you. We appreciate your input.

The apartment was clean, comfortable and well-equipped with a lovely terrace overlooking a park and river. It is on the fifth floor and so probably not ideal for those with very young children, but it was fine for ours (and the terrace is perfectly secure). It was in a quiet street but convenient for the Jewish Quarter and Old Town. We arranged a transfer from the airport and Jacek, the owner, was very helpful.

Date of stay: August 2013
Liked best: The terrace
Liked least: The five flights of stairs to get there!
Travelling group: Young Children
Would you recommend this hotel to a friend?   Yes.
Recommended for:
Was this review helpful? Yes
This review is the subjective opinion of a TripAdvisor member and not of TripAdvisor LLC
Problem with this review? Thank you. We appreciate your input.

Leicestershire
Reviewed 29 August 2013 for a stay in August 2013
Date of stay: August 2013
Would I recommend this holiday rental to my best friend?
Recommended for:
Was this review helpful? Yes
This review is the subjective opinion of an individual traveller and not of TripAdvisor LLC nor of its partners.
Problem with this review? Thank you. We appreciate your input.
Previous Next
1 2
Updating list...
Do you own a holiday rental? List it here.

Looking for a place to stay in Krakow?
View all 588 holiday rentals