where the rainforest meets the Sea... - Casa Vida Verde

“where the rainforest meets the Sea, beautiful...” 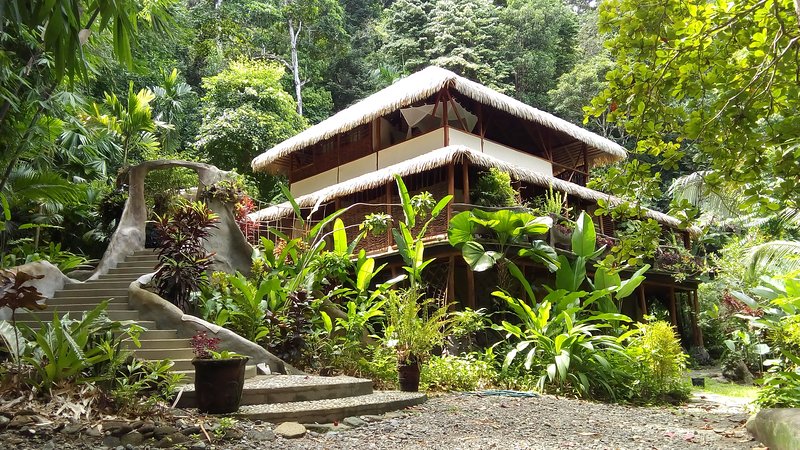 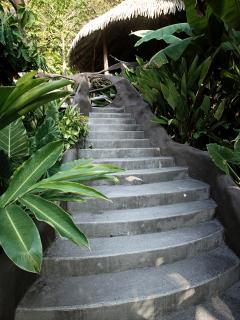 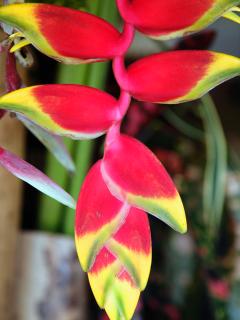 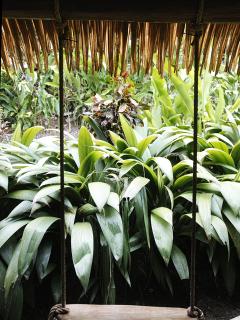 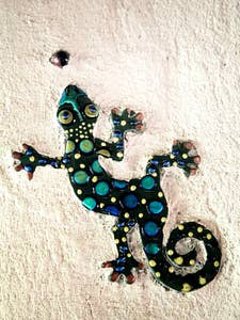 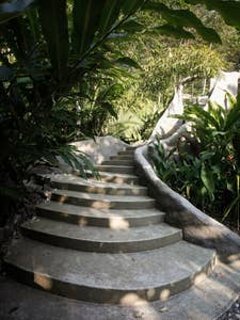 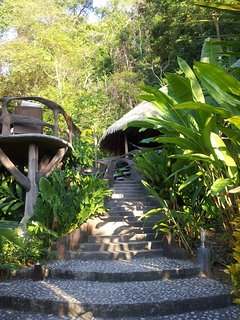 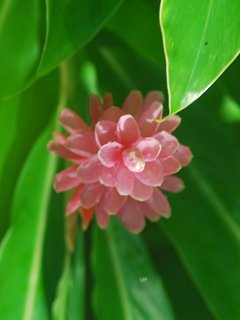 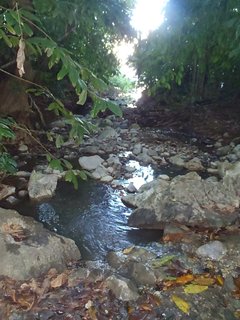 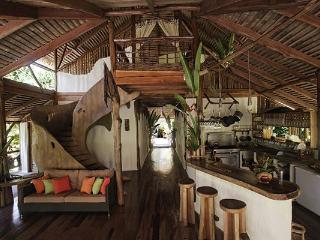 Excellent - based on 29 reviews
Write a Review

10 helpful votes
“where the rainforest meets the Sea, beautiful house and wonderful host,”
Reviewed 30 September 2015 for a stay in September 2015
1
person found this review helpful

The house is beautiful, right in the middle of nature with very good comfort and a very close walk to the beach. Carlos the host is very knowledgable and friendly, he gave us very good tips and guide us in a walk trek with amazing views. Sianni left the house stunning and clean our mess, she was also very friendly. Blackhu the dog is very humble and makes us feel safe, he played with us always and came to the beach to play with the coconuts.
I will go back and recommend this house to my family and friends.
Pura Vida !
Gracias Casa Vida Verde, Carlos, Sianni y Blackhu.

Date of stay: September 2015
Travelling group: Friends
Would you recommend this hotel to a friend?   Yes.
Was this review helpful? Yes
This review is the subjective opinion of a TripAdvisor member and not of TripAdvisor LLC
Problem with this review? Thank you. We appreciate your input.

Tried to book Life is a Wave but was already booked and this house was highly recommended. There were only 4 of us-parents and 11 and 13 year old.
Second trip to CR but first to Osa.

Road from PJ was awful-took almost an hour. We booked Irma to cook our lunches and dinners and were thrilled we did. Basic but tasty food and she cleaned up which is key with no dishwasher. GREAT NEWS-house just got an American style fridge and freezer so ice is readily available. Now if there were ice trays!

I understood we were remote but did not fully get it until we arrived. The sounds of the jungle were pretty scary our first night. DS slept w DH and I slept with DD! Beds comfy and linen changed every other day. You will always be in a state of damp, including pillows, but that is ok.
We did our boat trip out of PJ on 5th day so we then replenished groceries. Nature is right in front of you. Plantings and flowers at house were spectacular and encouraged birds and lizards. Monkeys overhead on the monkey trail. So so lush.

We were pleasantly surprised that it was cooler here than in Dominical. Weather was good-rained for a bit around 5pm and then it cooled down. Hottest time was morning and then sun came out w breezes. Pool was a necessity. Beaches were lovely but high tide was during day so couldn't really swim-too rough or undertows.

Saw a tayra (a medium sized black cat), macaws and 3 types of monkeys _never saw a squirrel monkey, lizards, frogs, birds, agoutis, toads right at house. Is on monkey trail so tons of monkeys. Once we got used to noises at night we were ok. Nothing but a frog and lizard came into house.

Solar much easier than expected-candlelight is lovely anyway. Kids loved the swings - was a house constructed with whims of owners kids and it showed. Wifi worked but was weak.

Caretakers extraordinaire, Carlos and Sianne-live right near house so a shout of Carlos was all that was needed, House kept clean, linens and towels changed. Their dog is a German shepherd who patrols at night. We asked for him to be leashed during day.

Carlos was so much fun. He took us to beaches to show us entrances and to Carbonara waterfall. He took out his telescope twice and we saw Saturn and various stars. We had some great conversations and he joined us for our last dinner. HIs wife, Sianne, gives amazing massages. My DD and I had one-might be the best yet. Cold stones, aromatherapy and a bit of Chinese medicine-I was so relaxed and happy at the end.

Activities-Andy of Everyday Adventures lives across st so we did hike, waterfall cllmb and kids did strangler fig climb. DD got to top. We all ate termites and got a poor man's pedi. Tons of fun. Rancho Tropical horseback ride with waterfall rapel - great ride and views, well kept horses and fab guldes, Carlos and Minor. Golfo Dulce Tour with Josh Sibley of Paradise Rocks-never saw dolphins (shock!) but went to Animal Sanctuary (amazing!) Sweetie is a star, snorkeled, and loved the mangroves. General walks along beach and "road." Only bad experience was Fri night at Martinas-RUDE, horrible service but good food. Would not return.

Was scared week would be too long but it was fine. Once we got used to sounds of howlers and spider monkeys (which were pretty scary at night) all was good and we slept well.

Next house was in Guancuaste with ac etc- will not lie-it was good to be in a cooler less humid place but we all gave it a 9 and were very happy we went.

Date of stay: July 2015
Liked best: Carlos and Sianne
Liked least: humidity
Travelling group: Teenagers
Would you recommend this hotel to a friend?   Yes.
Recommended for:
Was this review helpful? Yes
This review is the subjective opinion of a TripAdvisor member and not of TripAdvisor LLC
Problem with this review? Thank you. We appreciate your input.

We rented this house for a week with my wife's god-daughter and her family. There were six of us. The house is really unique, with an open-air design that makes it feel like luxury camping with all the comforts of home. The accommodations were perfect, allowing sufficient privacy for all while providing great space for group activities. The kitchen and dining area were more than adequate and the pool was better than expected based on the photos. The caretakers, Carlos and Sianne could not have been more helpful. There are beaches and hiking paths within a few steps of the house, and the butterflies, birds (macaws and toucans) and monkeys (all four species) will come to you if you just hang out by the pool and watch.

The house is solar powered, so lighting at night leaves a bit to be desired, but there are lots of candles to provide atmosphere and illumination. As with all the houses in Matapalo, you are a ways from town on a challenging road, but there is plenty to do in the immediate area.

This was our second trip to the Osa and Matapalo and we will be back again. We would come back to Casa Vida Verde without hesitation..

Date of stay: April 2015
Liked best: The constant parade of wildlife through the yard
Liked least: Lighting in the house at night could have been better (solar power).
Travelling group: Friends
Would you recommend this hotel to a friend?   Yes.
Recommended for:
Was this review helpful? Yes
This review is the subjective opinion of a TripAdvisor member and not of TripAdvisor LLC
Problem with this review? Thank you. We appreciate your input.

A wonderful house. We had a great time. The wildlife was amazing. We watched scarlet macaws, spider monkeys, white faced capuchin, and howler monkeys right from the veranda. Pool is a great way to cool down from one of the many hiking options nearby. Carlos the caretaker was super helpful and friendly. Kitchen Is well supplied. Just awsome.

Date of stay: April 2015
Travelling group: Extended Family
Your age range 50-64
Would you recommend this hotel to a friend?   Yes.
Was this review helpful? Yes
This review is the subjective opinion of a TripAdvisor member and not of TripAdvisor LLC
Problem with this review? Thank you. We appreciate your input.

A Don't even know where to begin my raving about this home. Your adventure begins with the home when you cross the bridge to enter and are treated with a comfortable living area, a nice hammock rancho ( for those sleepy days), a fun family room (that sleeps lots of people), the main level bedroom has a nice sitting area and amazing open (but private) bathroom, the upstairs bedroom is just amazing with its almost 180 open views of the rainforest and a open bathroom which was just amazing to be able to take a shower and watch a butterfly zip by and hear the monkeys in the trees and finally the dip pool is a must with heat and humidity of the osa. All the beds have a great mosquito netting and fan that make sleeping at night easy and peaceful. We stayed for two weeks and the floral arrangements through out the house would get changed out. They were beautiful and amazing each time.
The house has wildlife all around from the dart frogs that cross around the outskirts of the living area, jesus Christ lizards, iguanas, toads, frogs, macaws, and daily monkeys of different species. Listen to the trees as soon you hear them rustling you know you are going to be treated with monkeys and they sure do put on a show.
A additional Jewel is the care takers Carlos and his wife( cant remember her name sienna).
They made sure the house was kept clean from the elements and showed us amazing things about the rainforest and our universe. Sienna gave my mom a amazing massage ( this is a must when you stay at the house it is done right near the pool).
Finding the house can be difficult because of the lack of road signs around the country. When you come out of Puerto Jimenez you will leave on road 245, take this road for a long ways. You need to go down Matapalo beach road which after the second water crossing and a bus stop on the left it will be your first left. There is a big yellow sign(cant remember what is says) and there are two entrances going down to the road, take a right don't go straight. Casa vida verde is almost at the end of the road, you cant miss it there is a big beautiful sign.

Date of stay: March 2015
Liked best: The amount of wildlife
Liked least: Need a fan to help circulate air
Travelling group: Large Group
Would you recommend this hotel to a friend?   Yes.
Recommended for:
Was this review helpful? Yes
This review is the subjective opinion of a TripAdvisor member and not of TripAdvisor LLC
Problem with this review? Thank you. We appreciate your input.
Previous Next
1 2 3 4 5 6 7
Updating list...
Do you own a holiday rental? List it here.

Looking for a place to stay in Cabo Matapalo?
View all 29 holiday rentals