Not impressive - Hotel and Villas Nacazcol

US$50
View Deal
Free cancellation until 06/03/21
eDreamsUS$67
TravelocityUS$50
Agoda.comUS$67
View all 12 deals
Prices are provided by our partners, and reflect total costs of the stay, including all taxes and fees known to our partners. Please see our partners for more details.
Payments made by partners impact the order of prices displayed. Room types may vary.
Lucy0117
Quesada, Costa Rica
33

The place needs an update, the roads inside the hotel/village are destroyed with potholes or not paved at all and it has poor lightning. Stayed at the apartments and they look runned down, old comforters and hard mattress, old utensils in the kitchen. WiFi was not working that day. Just booked another hotel to enjoyed vacation.

See all 91 reviews
Payments made by partners impact the order of prices displayed. Room types may vary.
Nearby Hotels 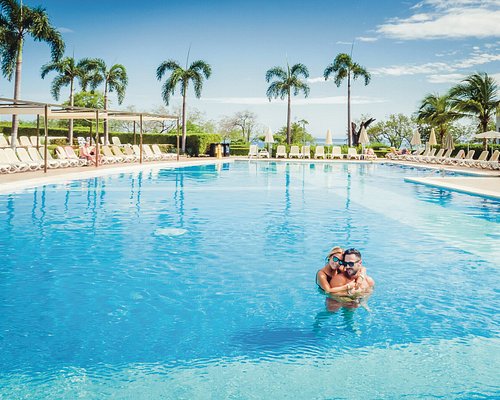 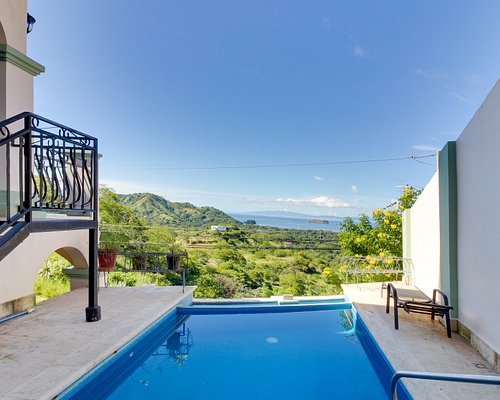 Hotels.com
View Deal
Tripadvisor
US$78
ZenHotels.com
Expedia.com
US$78
View all 9 deals from US$78
163 reviews
3.7 km from Hotel and Villas Nacazcol
We compared the lowest prices from 9 websites

This place is awful, it was a huge mistake. Very ugly villa without internet; and in addition to that very expensive. The roads between the building are incredible, full of holes that it hard to believe. I wouldn’t recommend this place to any Tourist out of Costa Rica; might be ok for Costa Rica.

We wanted to trade our timeshare for Costa Rica and this was the only resort available through Interval International. When we arrived, they did not have our reservation and had to make calls and after 20 minutes they gave us an older room in the back, #830. The 2 bedroom unit was clean and lots of windows but quite noisy and so we couldn't keep the windows opened at night. Also, our patio was on a walkway near the street so we had no privacy. Several nights there was loud music and partying late. Also, the room smelled bad, sorta moldy.
The pools were clean and very busy.
The kitchen was well equipped and we used it often.
Since most timeshares have activities and more upscale restaurants and amenities, we were expecting a little more. We did not eat the restaurant.
The wifi did not work in our room and we had to walk to the reception, and even there it was spotty.
If you stay here you should rent a car so see the many beaches in the area.

Like others I was with a group. Each of us was provided a wrist band, two towels and one card key. Rather than welcoming us we were warned that loosing a towel or card key would cost us. Our room was at the very back of the property which was about two blocks from the office and hard to find. Luckily we were helped by a security officer. Our shower head had a gadget with wires attached to it. During my shower the hose dislocated. I attempted to fix it when I received an electrical shock.

On a positive note they have a good restaurant. The menu is varied and the food and service was good. It makes up for the hotel front desk staff.

This review is the subjective opinion of a TripAdvisor member and not of TripAdvisor LLC
Anne B
Hudson, Massachusetts
156103
Reviewed 28 December 2016
It's good for the price

As others have mentioned, the hotel specializes in groups and we were part of a Habitat for Humanity group of about 30 people. It does seem like a hotel in search of an identity. It is a reasonably priced hotel for groups but it also has time shares and villas. The majority of people staying there when we were there were Costa Ricans. It seems like a local resort. It was a nice hotel but seemed like it's "glory days' were over. It could use a freshening up. The staff was helpful and the rooms were clean and maintained. We were there during Costa Rica's first hurricane in 150+ years. We felt safe and dry. Not a leak anywhere. As others have said, we scrambled to get the right number of coffee cups and towels in each room when we checked out. I can see why it is necessary but it does give it a "Big Brother" feel.
There were 2 large swimming pools each with its own bar and restaurant. There is even a small soccer field and a couple of children's playgrounds.
There is a small convenience store next door to the hotel so you can stock your room fridge with drinks and snacks. Coco beach is a few miles away so you need a car if you want to swim or sightsee in the area.
It was a pleasant stay. My only complaint....groups are on a meal plan there. The food is OK but they have a drink dispenser filled with the cheapest juice mix. It tasted like bad Cool Aid. Come on guys, at least mix up a fresh fruit drink!

Went as part of a tour group. It was dark when we arrived so it was a bit disorienting to get around. It's more like a little self contained village. At the arrival we were given a blue towel and a white towel. We were told it was critical to keep track of our towels and that each one had to be accounted for at check out. What it it with Costa Rica and towels? Maybe it's just the tour we were on, but towels seem to be very valuable. Anyway, the room was tight but nice. The bathtub felt a bit bouncy under the tub. It was a plastic surround and tub, so I guess the underpayment was not totally solid. The bathroom was tremendous, which was nice, as it offered an overflow dressing area since the room was tight. I should add that I was supposed to be in a "family " room because I was with my 2 teen daughters, but it was just a double bed and 2 twins jammed into the space where 1 should be. So it was super cramped. The AC blasted out cold air, so that was a nice change. Oddly enough,one of my fellow travelers said in her room, the a/c only worked if the room key was inserted into a slot on the wall near the entrance door. So, her room was always hot upon reentry. Mine was not like that at all. The pools were clean and big, and the food was ample and yummy!! Also, the bartender made good drinks. There is also a small supermarket adjacent to the restaurant area. The restaurant/bar also seemed to be open to the paying public. Overall, not bad, but could be so much better.