Bentleys Motor Inn
Bentleys Motor Inn
Lowest prices for your stay
Lock in the lowest price from these sites
US$115
Free cancellation until 04/11/21
View deal
Expedia.comUS$115
PricelineUS$115
Hotels.comUS$115
CheapTicketsUS$115
eDreamsUS$115
TravelocityUS$115
View all 15 deals
Prices are provided by our partners, and reflect total costs of the stay, including all taxes and fees known to our partners. Please see our partners for more details.
Payments made by partners impact the order of prices displayed. Room types may vary.
SallyK721
Hamilton, Waikato, New Zealand
1719

Recommended for a stay in Palmerston North. Convenient location, clean rooms that are well equipped. And very quiet. There are even squash courts and a gym. Kitchen had a couple of hobs and good set of crockery etc..

See all 105 reviews
Payments made by partners impact the order of prices displayed. Room types may vary.
Nearby Hotels 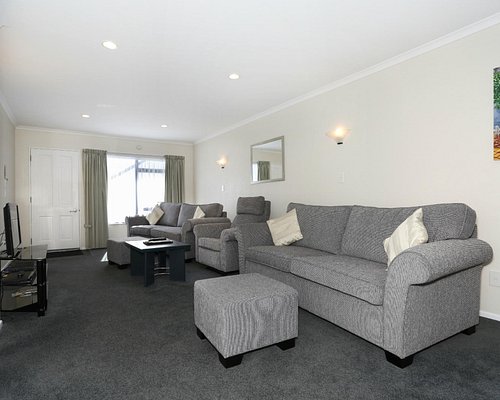 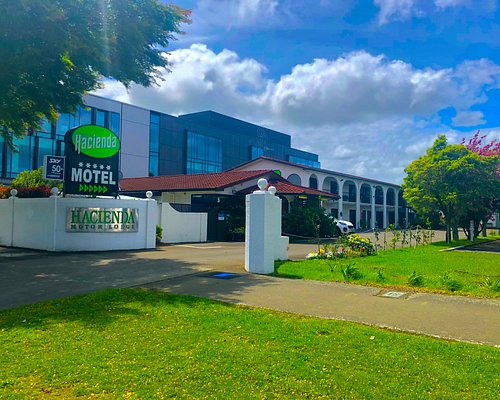 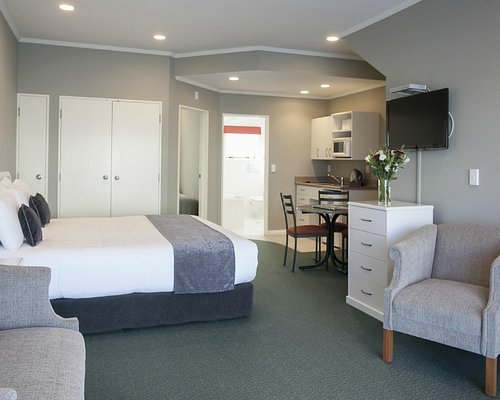 eDreams
View deal
Expedia.com
US$115
FindHotel
US$101
Booking.com
US$114
View all 14 deals from US$101
102 reviews
0.1 km from Bentleys Motor Inn
We compared the lowest prices from 14 websites
Sponsored
Kiwi Studios Motel
US$84

Booked at Bentleys because the reviews were so good. Had the worst nights sleep. Website says quiet, it is not. Neighbours playing music till so late until we complained. Cars arriving in the car park after midnight, which woke us. Cars leaving at 6am which woke us. Cars driving past on the street woke us, you would think they would put the executive rooms further away from the road for quietness.
The skylight in the room seems a bit stupid, light flooded our room from the early hours which again woke us.
Ordered breakfast, after reviews said it was good. Eggs Benedict, overcooked rubbery eggs, with about a teaspoon of hollandaise sauce drizzled over. The hash browns were drowning in oil, couldn’t taste the potato over the oil.
Not impressed, we were supposed to stay two nights but left after one to stay elsewhere. If you want a good nights sleep, stay elsewhere.

This review is the subjective opinion of a Tripadvisor member and not of TripAdvisor LLC.
charmanda2019
Hawke's Bay Region, New Zealand
273
Reviewed 21 September 2020 via mobile
Luxury Motel

We were very suprised at how luxurious our well appointed exec studio room was.with comfortable bed with a full sized spa pool in a room off the large heated floor bathroom. Will definitely stay again.

This review is the subjective opinion of a Tripadvisor member and not of TripAdvisor LLC.
Su M
Auckland, New Zealand
3923
Reviewed 17 September 2020
Beautifully clean & welcoming

My Husband and I stayed in Unit 5,In this covid time expectations are very high. So nice to arrive and see a sparkling clean unit warm and comfy bed.
The studio room was quiet had a good little kitchenette importantly a coffee plunger. Thank you for a great nights sleep

This review is the subjective opinion of a Tripadvisor member and not of TripAdvisor LLC.
Lovinglife6974
Bay of Plenty Region, New Zealand
2
Reviewed 10 September 2020 via mobile
Comfortable and quiet

Lovely, comfortable and quiet rooms. Friendly service on arrival at motel. I had mistakenly booked the wrong type of rooms, and the lovely man at reception helped me, without hesitation, to change my booking. Great spa bath. Easy walking distance to town.

This review is the subjective opinion of a Tripadvisor member and not of TripAdvisor LLC.
Taratat
Te Awamutu, New Zealand
195140
Reviewed 20 July 2020 via mobile
Super place to stay

Stayed here for two nights and it would be the friendliest welcome I’ve experienced in a long time. Unit was spacious and spotlessly clean. The bathroom was large, clean and supplied with soaps and shampoos. Quiet location but close to supermarket and restaurants. Will definitely stay here again.