US$59
View deal
Hotels.comUS$70
PricelineUS$66
TravelocityUS$70
View all 14 deals
Payments made by partners impact the order of prices displayed. Room types may vary.
Prices are provided by our partners, and reflect total costs of the stay, including all taxes and fees known to our partners. Please see our partners for more details.
aorrville
Orrville, Ohio
32

Alpenhorn Motel was the ONLY New Zealand establishment that refunded our money when the New Zealand government asked travelers to leave the country due to Covid 19. They must be really good people and deserve your business!

Trip type: Travelled as a couple
See all 142 reviews
Payments made by partners impact the order of prices displayed. Room types may vary.
Nearby Hotels 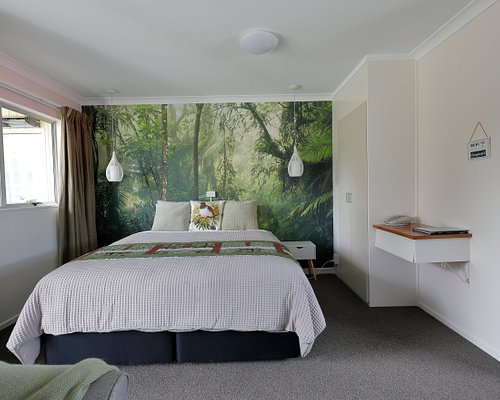 Expedia.com
View deal
Free cancellation
Reserve now, pay at stay
Booking.com
US$71
Priceline
US$78
Hotels.com
US$63
View all 13 deals from US$63
413 reviews 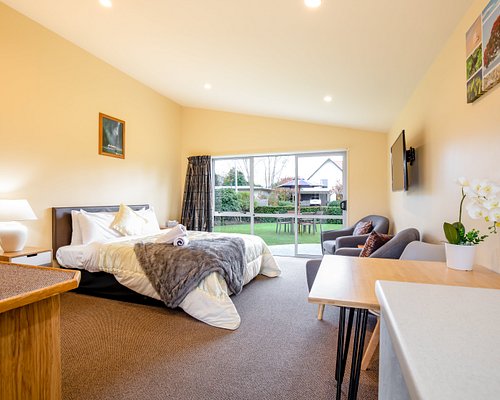 Expedia.com
View deal
Free cancellation
Pay up to 12X
Booking.com
US$76
Hotels.com
US$74
Priceline
US$82
View all 14 deals from US$74
222 reviews
0.2 km from Alpenhorn Motel
We compared the lowest prices from 14 websites 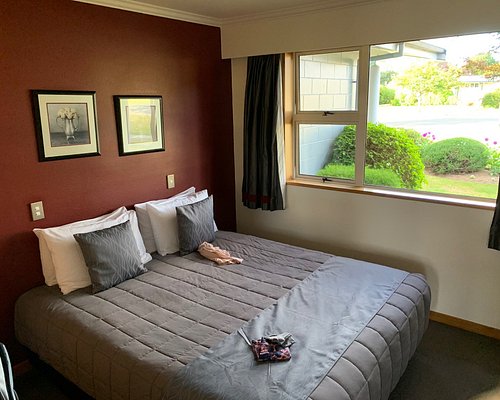 Expedia.com
View deal
Free cancellation
Pay up to 12X
Booking.com
US$68
Agoda.com
US$63
Hotels.com
US$74
View all 15 deals from US$63
210 reviews
0.3 km from Alpenhorn Motel
We compared the lowest prices from 15 websites
Top Rated
Fiordland Lakeview Motel and Apartments
US$152

Expedia.com
View deal
Reserve now, pay at stay
Booking.com
US$140
Priceline
US$152
Hotels.com
US$152
View all 15 deals from US$140
570 reviews
0.2 km from Alpenhorn Motel
We compared the lowest prices from 15 websites
Breakfast included
Shakespeare House
US$106

As stated in previously comments, basically clean, sheets not ironed and towels very ragged, with strings hanging and quite small. Definitely not worth the price nor the rave reviews. You can walk to town but it is a bit of a walk. The glow worms were great, but the whole town is tired.

This review is the subjective opinion of a Tripadvisor member and not of TripAdvisor LLC.
Hetravels
Puglia, Italy
236245
Reviewed 17 February 2020 via mobile
Disappointing

From the reviews I expected much better. Whilst everything appeared clean, the bed sheets and pillow cases were not ironed. How would one know wether the sheets been washed from the previous occupant? Properly laundered linen would be neat and crisp, this was NOT. Quite shuddering to think they had not been cleaned from the previous occupant. I’m sure this was not the case but it leaves one thinking it could be. The lady we saw in the office was very pleasant and helpful but the overall experience was one of basic facilities with cheap furniture and fittings.

This review is the subjective opinion of a Tripadvisor member and not of TripAdvisor LLC.
bmachfx
Halifax, Canada
4614
Reviewed 14 February 2020
Don’t prepay at this establishment

My wife and I were travelling around the South Island and had booked this motel for the 5th and 6th of February, prepaying through hotels.com. Severe weather just prior to our arrival date closed some roads, including the one leading to Te Anu, where this motel is located. Road was closed for a couple of days including the day we were to arrive. In early morning I called the hotel on four occasions, never getting past the voice mail, so I left two detailed messages to have them contact, to hopefully work out what to do with my prepaid reservation. I did not hear from them, so eventually just cancelled the reservation, and booked in another that could be reached. Hotels.com attempted to get my money back, but the motel refused, and that was the end of it. There were many people trapped in Te Anu, who could not get out, so I suspect either the motel double dipped, or I paid for someone else to stay there. Other hotels motels refunded, but not these people.

This review is the subjective opinion of a Tripadvisor member and not of TripAdvisor LLC.
snerznsmiley
Sydney, Australia
6928
Reviewed 11 December 2019 via mobile
At least it’s cheap

Stayed a night. Room was clean and tidy, kitchen facilities good and great WiFi. As there are only 3 TV stations available, they offer free dvds to watch. Only problem is that office closes around 4.30 so not able to ask for one. Bed was comfortable and room a decent size

This review is the subjective opinion of a Tripadvisor member and not of TripAdvisor LLC.
Peter H
Wanaka, New Zealand
8149
Reviewed 6 November 2019 via mobile
Ideal self-sufficient small motel complex

This block of around six motel units is the perfect quiet spot for your independent traveller.

You’re basically left to your own devices (key to our unit was left out for us on arrival, and the office seems to be closed or unattended the majority of the time). This didn’t bother us, as we knew there were numbers we could call if we needed anything.

The unit was well fitted out with everything you would need and could expect for the price.

The location is good being just a block from the lakefront / a short walk away to the town centre (fair selection of cafes and restaurants nearby).

A good reliable choice for a short Te Anau get-away.