The Muse Christchurch
Lowest prices for your stay
Lock in the lowest price from these sites
US$104
Free cancellation until 02/07/21
View deal
PricelineUS$105
Agoda.comUS$105
TripadvisorUS$105
Prices are provided by our partners, and reflect total costs of the stay, including all taxes and fees known to our partners. Please see our partners for more details.
Payments made by partners impact the order of prices displayed. Room types may vary.
158iaing
Auckland, New Zealand
8839

Room tip: Look out for promotions and Book accordingly. Deals to be had
See all 36 reviews
Payments made by partners impact the order of prices displayed. Room types may vary.
Nearby Hotels 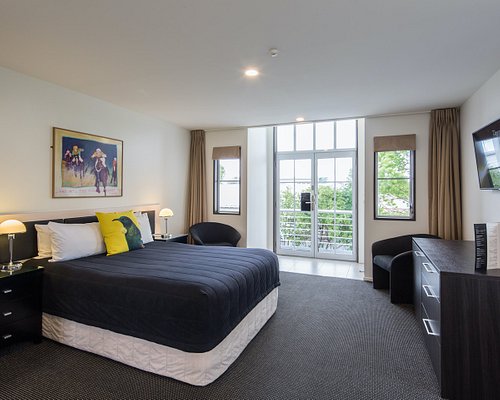 Sponsored
Pavilions Hotel
US$113
Booking.com
View deal
Free cancellation
Reserve now, pay at stay
Hotels.com
US$114
Agoda.com
US$106
Expedia.com
US$114
View all 17 deals from US$106
1,086 reviews
We compared the lowest prices from 17 websites

Top Rated
Breakfast included
Sudima Christchurch City
US$150
Booking.com
View deal
Reserve now, pay at stay
Official Hotel
US$168
Trip.com
US$143
Hotels.com
US$152
View all 16 deals from US$143
96 reviews
1.2 km from The Muse Christchurch
We compared the lowest prices from 16 websites 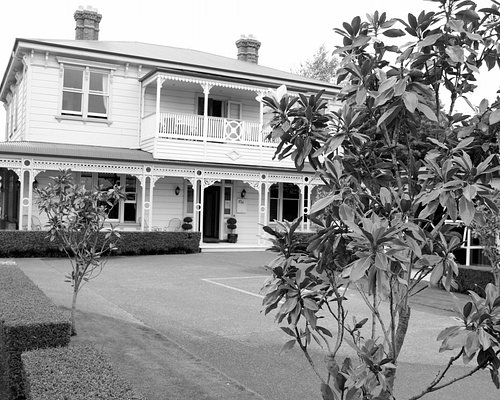 Merivale Manor
US$137
Booking.com
View deal
Free cancellation
eDreams
ZenHotels.com
US$118
Hotels.com
US$124
View all 14 deals from US$118
884 reviews
2.4 km from The Muse Christchurch

Taking safety measures
We compared the lowest prices from 14 websites
The George Christchurch
Booking.com
View deal
Orbitz.com
Trip.com
US$192
Hotels.com
US$215
View all 15 deals from US$192
1,756 reviews
1.3 km from The Muse Christchurch

Taking safety measures
We compared the lowest prices from 19 websites
Airport Gateway Motor Lodge
US$83
Booking.com
View deal
Free cancellation
Reserve now, pay at stay
Expedia.com
US$84
Agoda.com
US$80
Hotels.com
US$84
View all 15 deals from US$80
1,522 reviews
7.5 km from The Muse Christchurch

Pretty average. Good views but superior rooms don't have corner views as advertised in the website, so very misleading. The breakfast is very disappointing as this is still served in paperbags despite the cafe being open. A couple of sad looking croissants and spreads in small sachets and very small juice in a tetra pack. Classy, not. Tacky, yes!

This review is the subjective opinion of a TripAdvisor member and not of TripAdvisor LLC
Dondon35
Auckland Central, New Zealand
23
Reviewed 13 January 2021
Downhill.

Stayed for a week, second week of January, checked in at night staff not really to friendly he was kinda rude. Cleaning isn't that great anymore from when I stayed last time in August last year cleaning was amazingly done, now its not so great saw a guy working around with a iPad I said hello he didn't even spoke very rude if you ask me. I'm not sure where this place find their staff maybe they need to think about it.

We stayed one night at The Muse Hotel and overall found it a pleasant experience. it is centrally located so was within easy walking distance to shops, restaurants and bars. Our room was clean with lots of trendy touches plus we found the bed really comfortable and had a really good sleep! it was great value and would recommend.

This review is the subjective opinion of a TripAdvisor member and not of TripAdvisor LLC
Meganjones3
Auckland Central, New Zealand
11
Reviewed 21 December 2020
Won't be returning.

I came to checkin no one was at reception, then a lady with short blonde hair got up off the seat she was sitting on, strange and very unprofessional for a reception to be sitting on seats and not behind the desk, not only that she wasn't very friendly at all basically trying to rush the checkin to get rid of me. Everytime I came down to go out she was sitting down in the blue seats not professional....

I've been here a couple of times, I did read a review about the Indian night guy giving away parking for free that did happen to me aswell he's very rude and unprofessional, I wont be returning back to the muse hotel.

This review is the subjective opinion of a TripAdvisor member and not of TripAdvisor LLC
irishrover1916
Christchurch, New Zealand
11
Reviewed 15 December 2020 via mobile
Rude & Condescending Service

I went to check out the new roof top bar at the Muse hotel, as I was told it had recently opened. I went into the lobby and waited around 5 mins but there were no staff in sight. As there was no one to be seen I thought I would just head up via the lift to the rooftop bar. I got to the rooftop and could see that it was closed, so I headed back down to the lobby. The lift stopped on the way down and an Indian gentlemen entered who was the front desk attendant, he told me that the bar was closed. He then in a condescending tone asked me if I had "Read the sign" in the Lobby. I said no that I hadn't read or seen a sign in the Lobby. He then said to me "Oh another customer that can't read, I had two other girls arrive today that couldn't read too". He told me he was only joking (didn't seem like a joke with his tone) I was shocked beyond belief to be honest, it was just plain rude, condescending and ignorant. You can't say that to a customer, joking or not.
The opening/closing hour sign that he was referring to isn't even posted inside the hotel lobby, it's on small little print to the left of the main entrance. This front desk attendant really lacked any sort of professionalism, never even was in a proper uniform and had no nametag on.
It was the absolute WORST first impression of a hotel that i've ever encountered. Not impressed!