Bethlehem Motor Inn
Lowest prices for your stay
Lock in the lowest price from these sites
US$123
View Deal
Hotels.comUS$122
Expedia.comUS$122
eDreamsUS$123
CheapTicketsUS$122
TravelocityUS$122
Orbitz.comUS$122
View all 11 deals
Prices are provided by our partners, and reflect total costs of the stay, including all taxes and fees known to our partners. Please see our partners for more details.
Payments made by partners impact the order of prices displayed. Room types may vary.
LindsayM921
Dunedin, New Zealand
43

Extremely disappointing. My daughter had a reasonable sum of money stolen from her locked room while she out. There is no room safe, and neither were they offered the ability to lock up valuables. Clearly had to be an inside job, as nothing else identifiable was taken. Manager originally suggested he would look through footage, but when rung he said it impossible to check any length of footage. He says he has full trust in his workers, but if he is not prepared to check or ask questions, then things are unlikely to change in the future. He told lies about the door being left open constantly which was simply not true, and was very condescending in his tone when I spoke to him (seems to be a theme here if you read other reviews). If you want to be treated with respect and not have to face theft, then I suggest you don't stay here!!More

We were first informed of this incident on the day of check out by the high school team manager/supervisor for the trip. I asked her does she know when supposed money went missing? She said that the girl was unsure it could have gone missing any of the 4 days that they were staying with us. I informed her that it would be very hard to solve this as it is such a large window of time, it was over a weekend were we were fully booked every night and we continue to be extremely busy due to this time of the year. The room they were staying in had two back door which could have been closed but not lock while they go out to their daily athletics meet and there is not a camera on those particular back doors unfortunately. I started looking into footage after hours and noticed their front does get left open a lot but I simply do not have a spare 48 hours to check all of the footage hence way I asked if they could narrow it down to a few hours or even a day, but they said they have no idea of when it went missing. To say it is an inside job in all fairness is an insult and we are deeply offended by this remark. I have questioned staff actually and yes I do trust their work as they continuously hand in all difference types of lost property to us even money and wallets that get left behind. The suggestions and accusations made by this reviewer are also unfounded as she herself was not here at the motel her daughter was here on a school sports trip so she actually has no idea what the day to day running's of our business are, nor how the managers of the group said they loved their stay and had not issues otherwise. Take what you want out of this review but trust there are two sides to every story and we have no benefit to lying or being deceptive to our guest the team manager and I had a long discussion on how we could narrow it down but without a time frame or evidence it is near impossible to solve.

Report response as inappropriateThank you. We appreciate your input.
This response is the subjective opinion of the management representative and not of TripAdvisor LLC
See all 180 reviews
Payments made by partners impact the order of prices displayed. Room types may vary.
Nearby Hotels 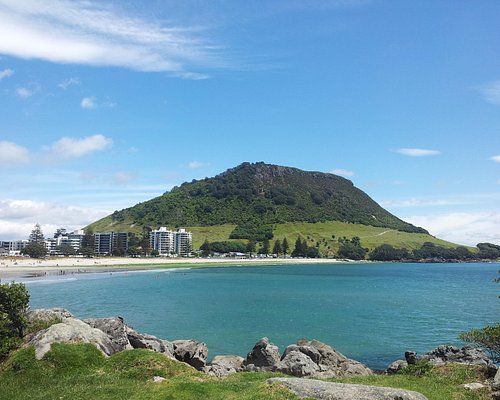 Sponsored
ASURE Harbour View Motel
US$144
Booking.com
View Deal
Free cancellation
Reserve now, pay at stay
Hotels.com
US$143
eDreams
US$144
Expedia.com
US$143
View all 14 deals from US$143
251 reviews
We compared the lowest prices from 14 websites 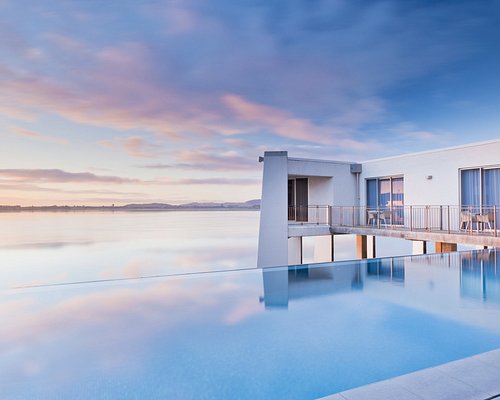 Trinity Wharf Tauranga
US$175
Booking.com
View Deal
Free cancellation
eDreams
US$175
Agoda.com
US$175
Tripadvisor
US$175
View all 14 deals from US$175
1,608 reviews
5.7 km from Bethlehem Motor Inn
We compared the lowest prices from 14 websites

From my perspective, this motel ticked all the boxes. The rooms were grouped around a courtyard which was set back sufficiently from Moffat Road that traffic noise was not an issue. The room was spacious and bathed in plenty of natural light. The room facilities were excellent. A full range of cooking utensils was provided which enabled me to benefit from the two ring hob and microwave oven. The bathroom had ample toiletries and the shower supplied hot water at a good speed. Being 400 yards from a major district shopping centre meant that food shopping could be done on a daily basis so that I always had fresh provisions.
The guest laundry was useful. The cost was reasonable and the efficient wash and dry cycles were not over long.
Comprehensive cleaning was undertaken daily with towels and even dishcloths and tea towels being changed each day.
The staff who I came into contact with were all polite and helpful.
The location 300 yards from the main SH2 highway meant that there was easy access to the expressway and on to the centre of Tauranga and Mount Maunganui.
If in the area again I would look to book this accomodation.
Highly recommended.

Wow, thank you very much for such a lovely review. We are so happy to hear you enjoyed your stay and that we were able to provide the service and amenities for your visit to Tauranga. We look forward to welcoming you back in the future.

Report response as inappropriateThank you. We appreciate your input.
This response is the subjective opinion of the management representative and not of TripAdvisor LLC
Peggy V
1
Reviewed 18 November 2019
clean, quiet stay with amenities

Them rooms are quiet clean and comfortable. All the utensils, cookware, and dining ware that we needed were there, Though we were too busy to use them, there as a pool and tennis courts. We did use the television and free WiFi. A large shopping center with a lot of good eating places is only a 8 minute or 4 minute drive away.

Thank you for taking the time to write a review on our motel. We are pleased to hear that you enjoyed your stay and that both the room and local amenities where suitable for your trip to Tauranga. We are very fortunate to be in the lovely township of Bethlehem so everything is so easy to get to. Thank you again and we hope to welcome you back in the near future.

Report response as inappropriateThank you. We appreciate your input.
This response is the subjective opinion of the management representative and not of TripAdvisor LLC
Dandelion8888_121212
Auckland, New Zealand
9263
Reviewed 3 July 2019 via mobile
Consistently good!

About the 4th time I have stayed here for work reasons over the years & every time have been a satisfied customer. On a busy main road, but well planned so no road noise. I am a light sleeper, but slept like a baby here- this place has excellent blackout curtains, comfortable bed and pillows and not a peep of noise coming through adjoining walls. Heat pump & small kitchenette. Clean and fresh crisp linen. Friendly & welcoming person on reception. Eateries just over the road, so a good spot.

Wow, thank you very much for the glowing review! We hope to maintain this standard each time guests stay and glad to hear our facilities are meeting our guests needs. Bethlehem is great area and yes we are very lucky to have such good amenities close by at the town center just down the road. Thank you again and look forward to welcoming you back in the future. Kind regards Matt and Saho

Report response as inappropriateThank you. We appreciate your input.
This response is the subjective opinion of the management representative and not of TripAdvisor LLC
TravelLoverNz
Auckland, New Zealand
1
Reviewed 23 June 2019
Great All Round

I am a travelling corporate and found this motel in Tauranga very comfortable and well priced in comparison to others I have stayed in.
Great shopping complex just down the road so you can get a easy take away if you are tried. Also it was a short drive to my appointments in Tauranga CBD and the Tauranga crossing.

Thank you very much for taking the time to write a review on our motel, we are always glad to hear positive feed back from our guests. Yes, we have a great location here in Bethlehem short drive to where ever you need to get, and have a great shopping center for all the main amenities one needs. We look forward to welcoming you back in the near future.

Report response as inappropriateThank you. We appreciate your input.
This response is the subjective opinion of the management representative and not of TripAdvisor LLC
Cindermargot
Auckland, New Zealand
7312
Reviewed 29 May 2019
Great Bay of Plenty Stop

I booked for two nights here by phone, no problems, I arrived late but the instructions I had as to the unit and where the key was all worked out, as the office was closed. However I became unwell and decided to cut my stay short and only stay the one night and head for home. When I went to the office the next morning they were very polite about it, there was no fuss a great respone. The bed had crispy clean white linen and the white towels in the bathroom were fluffy and wonderful after a great shower. Thenk you Behtlehem Motor Inn I will be back.

Room tip: I would go further to the back away from Moffat road as it gets quite busy.
Ask Cindermargot about Bethlehem Motor Inn
Thank Cindermargot

Thank you for taking the time to write a lovely review for us even though your stay was cut short. Hopefully next time you will bet to see out your stay in good health and visit your friends next time. Kind regards Matt & Saho

Report response as inappropriateThank you. We appreciate your input.
This response is the subjective opinion of the management representative and not of TripAdvisor LLC
View more reviews
PreviousNext
12…30