US$76
View deal
PricelineUS$88
Hotels.comUS$88
TravelocityUS$88
View all 15 deals
Payments made by partners impact the order of prices displayed. Room types may vary.
Prices are provided by our partners, and reflect total costs of the stay, including all taxes and fees known to our partners. Please see our partners for more details.
bennetto12
Auckland, New Zealand
338

Not entirly happy as my friend and I came down to rotorua for a break away and stress relief . On arrival the receptionists was friendly , but I did question why they didn't follow my instructions when I email to charge my card as I explained it was a surprise for my friend . The room was ok basic but clean. Went to the restrant for dinner food was amazing but the language in the kitten towards the waitress and when there was quiet a few people in the restrant was appalling and discusting especially when sware words is every second word . Doesnt matter what situation has happen you need to teach your chef know what is said at high pitch multiple times can be heard in dinning room and it not called for it ruined our whole experience.More

Show less
Trip type: Travelled with friends
See all 591 reviews
Payments made by partners impact the order of prices displayed. Room types may vary.
Nearby Hotels 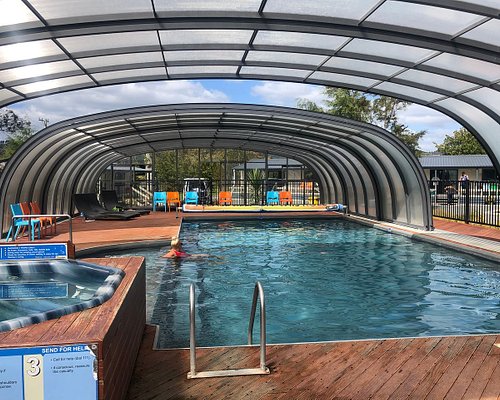 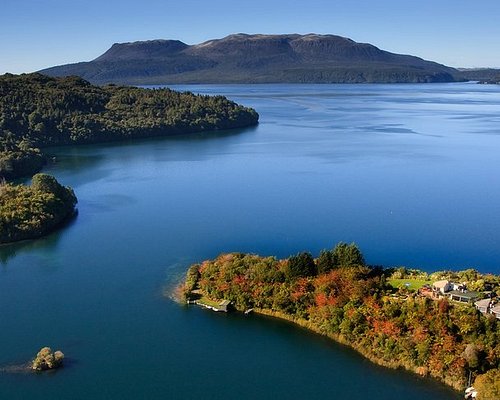 Peppers on the Point Rotorua
US$431

Expedia.com
View deal
Free cancellation
Pay up to 12X
Booking.com
US$201
Tripadvisor
US$198
eDreams
View all 14 deals from US$198
345 reviews
9.0 km from Wai Ora Lakeside Spa Resort
We compared the lowest prices from 14 websites
Breakfast included
B&B @ The Redwoods

Restaurant meals excellent. Staff very helpful, nothing was a problem when requiring information. Over all stay was excellent. Bed very comfortable. Needs some attention to the unit, but overall. Could not find any were to plug in cell phone in unit.

Room tip: We had a room upstairs which was very quiet, but for carry the bags up stairs was a challange as the lift was not working.
Ask 908doreeng about Wai Ora Lakeside Spa Resort
Thank 908doreeng

This review is the subjective opinion of a Tripadvisor member and not of TripAdvisor LLC.
LorraineM2288
203
Reviewed 8 September 2020 via mobile
Holiday

Nice location right on the lake. The rooms are dated and is need of refurbishment. Our bathroom wasn’t clean in fact dirty. Pillows hard The sink didn’t drain properly and the toilet area was smelly. Will not return.

This review is the subjective opinion of a Tripadvisor member and not of TripAdvisor LLC.
DrMattJenkins
11
Reviewed 10 July 2020
Lacklustre massage, unfriendly staff

We came here for a massage at the spa whilst on a trip to Rotorua. Whilst the place looks nice, the staff (2 people that we met) were cold, robotic and generally impersonal. Noticeable elements:

- Neither staff member introduced themselves initially; this didn't happen until we had completed our health forms and entered the massage area (about 10-15 minutes).
- Generally felt like they were reading from a script and didn't want to be there when they spoke to us. Overall it felt like they resented us for taking up their time.
- I could feel one item (a towel I think) being physically dropped on me whilst I was lying on my front before the massage started. No explanation/warning for this was given. I was not aware that I was a piece of furniture but apparently the "massage therapist" felt differently.
- Once massages were over it felt like they were just waiting for us to leave, barely spoke to us again until I spoke to them about payment details
- Massages themselves were pretty rote, mediocre and not worth 135 NZD; I have paid less than this for much higher quality elsewhere

I don't normally leave reviews (positive or negative) for places where I have been but this place was particularly poor and today gave us an overpriced, underwhelming experience which felt really mercenary given how much you pay. The whole point of a spa is that you leave feeling more relaxed. I left this place feeling annoyed and vaguely cheated.

This review is the subjective opinion of a Tripadvisor member and not of TripAdvisor LLC.
Ron and Lynne H
Mooloolaba, Australia
8920
Reviewed 14 May 2020
Quite Dated

Situated in a nice quiet area next to the lake. A new refurbishment is needed . This place is quite outdated and tired. One saving grace was the restaurant. Beautiful food and great service, but the rooms and the surrounds need a lot of attention.

This review is the subjective opinion of a Tripadvisor member and not of TripAdvisor LLC.
Connie C
Red Deer, Canada
910
Reviewed 8 March 2020
Unique little resort

A unique little resort. Staff very helpful. Only had breakfast here, but food was good. Rooms were nice with very comfortable beds. Was right on the beach, but no swimming in the lake. A cold and a heated pool, which were small, but sufficient. Hot tubs nice. Only problem was the fish flies, but don't believe they are a problem all the time. Would stay again.

This review is the subjective opinion of a Tripadvisor member and not of TripAdvisor LLC.
View more reviews
PreviousNext
1…345…