US$117
View deal
Booking.com
Orbitz.com
eDreams
View all 15 deals
Prices are provided by our partners, and reflect total costs of the stay, including all taxes and fees known to our partners. Please see our partners for more details.
Payments made by partners impact the order of prices displayed. Room types may vary.
PTM86
Brisbane, Australia
12

The service I received by who I believe was the manager, was appalling. tried calling 5 times to check what time they close as it didn’t start on their website or my confirmation, but no one answered. I booked the day of and was travelling up from Wellington, I knew I was going to be late. I was an hour away and they rang me to see if I was still arriving and that reception closes in 30mins, I said I had called 5 times already including emergency number, but no one answered. He just said “oh we’re busy in the restaurant”. When I checked out this morning, it appeared I had been charged twice for the room. I called to question why I’d been charged twice, he hung up on me. I’ve tried calling back again because I was mad by this point but the message service had been switched to their office has closed message. I’m now livid!!!

Im a kiwi living in Aussie and had returned home for the first time since pre-COVID to visit my family, and I’m disappointed that foreigners like this are charged with welcoming visitors to our beautiful country.More

Show less
Trip type: Travelled with family
See all 917 reviews
Payments made by partners impact the order of prices displayed. Room types may vary.
Nearby Hotels 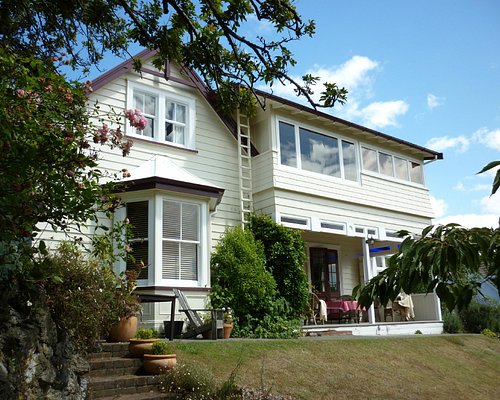 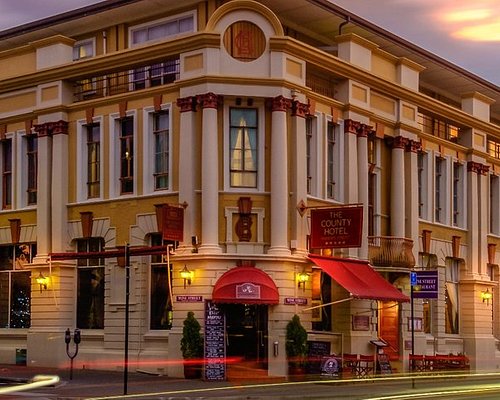 Taking safety measures
We compared the lowest prices from 13 websites 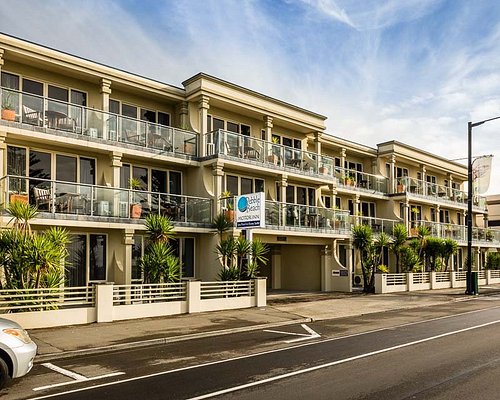 We have always stayed at Navigate for years and had amazing service until trying to book with person at front desk. Recently I went in to see him about his manner and was absolutely abused and screamed at and he is absolutely detremental to the survival of that hotel. He even chased me on to the street telling me to F**k off. He is incredibly disgusting and I would never stay here ever again. I will make it very clear as my life long mission to advise anyone heading to Napier to NEVER STAY AT NAVIGATE. This guy on front desk needs to be dismissed immediately.
Management you need to step up!!!

This review is the subjective opinion of a Tripadvisor member and not of TripAdvisor LLC.
A1201978
Auckland, New Zealand
24
Reviewed 5 July 2021
"Very rude and Angry Manger". who has no idea of customer service and would not help!!!!!

Did even get to stay here due to car troubles on my way to Napier. I contact the hotel to let them know what had happened. I spoke to a helpful employee in the afternoon and arranged to call them the next day to see if we could arrange to move my visit to another month.
Which as a Rep travelling all around the country sometimes problems arise and when I have contacted other motel and hotel they have helped out where possible.

The I have a very rude phone called from the so called Manger of the Navigate Hotel. He was phoning to see why I have checked in as I told him I had already called the hotel in the afternoon about the issues. He just went straight for the kill!!!

If your not checking in I m cancelling your stay!! There was no help at all. TOTAL LACK OF CUSTOMER SERVICE . If this is a manager god help his staff and other customers.......

This review is the subjective opinion of a Tripadvisor member and not of TripAdvisor LLC.
KarenJ813
Noosaville, Queensland, Australia
168
Reviewed 16 June 2021
Never got to stay!

Booked at this place then got an email asking for cc details or booking will be cancelled. Tried to ring many times then left a message saying I was happy to supply cc details and could they ring me back. Received a phone call from manager saying they were really busy and could not do it at this time. I was dumfounded - why ring me to say that. I asked why and he then told me i was abusing him and he did not want me staying. I was with a friend who heard the conversation both ends and we were both horrified as there was no verbal abuse at all - just the question as to why? Would never stay here even if i was paid to - very poor publuc relations.

This review is the subjective opinion of a Tripadvisor member and not of TripAdvisor LLC.
natasha d
Auckland Central, New Zealand
25
Reviewed 18 May 2021
Terrible service, dark, damp room - followed by an unreasonable demand to leave

Terrible hotel, dark damp room and just utterly appalling service - when I spoke with the "manager" in an attempt to resolve he was beyond disinterested, and incredibly rude (seems to be backed up by a number of other reviews) and when I walked off in utter frustration he ran after me, yelling, blockading entrance to my room, terrifying my children demanding we need to leave.

I should have known we'd be in for a struggle when I called and asked about the possibility of a 1 hour early check in and his reply was "room is not ready" without asking the reservation name....

They still have not refunded my room and the manager is engaging in ongoing retaliatory behaviour.

Honestly, don't waste your time staying here, we certainly never will - the hotel next door was overly accommodating.

This review is the subjective opinion of a Tripadvisor member and not of TripAdvisor LLC.
Wolfam123
73
Reviewed 13 May 2021
Poor service

Poor rooms.stained carpets.unwilling to resolve issues.Never had an issue at any accomodation until this one.Unhelpful rude and threatening staff.
Very disappointed no apology.My experience seems similar to others

This review is the subjective opinion of a Tripadvisor member and not of TripAdvisor LLC.
View more reviews
PreviousNext
123…
<script type='text/javascript' crossorigin='anonymous' async onerror='__scriptLoadError(this,true);' src='https://static.tacdn.com/assets/XjkW5l.3e0f803e.es5.js' data