US$75
View Deal
Free cancellation until 14/03/21
ZenHotels.comUS$114
FindHotelUS$75
Agoda.comUS$87
View all 14 deals
Prices are provided by our partners, and reflect total costs of the stay, including all taxes and fees known to our partners. Please see our partners for more details.
Payments made by partners impact the order of prices displayed. Room types may vary.
BoldonHill
Mackay, Australia
4914

Do NOT stay here.

Obviously the management has changed in the last year. Room was disgustingly filthy. Bandaids and tissues behind bed. Been a long time since a decent vacuum and clean. Room smelt like old stinky shoes. Shower head was clogged. Microwave was filthy. Booked a room for 4. Had 3 towels and one cup. Neighborhood is also dodgy with lots of yelling and screaming cars coming and going all night.
Do not stay here.

Trip type: Travelled with family
See all 246 reviews
Payments made by partners impact the order of prices displayed. Room types may vary.
Nearby Hotels 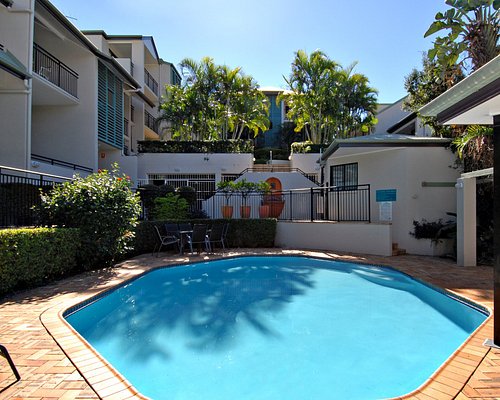 Hotels.com
View Deal
Free cancellation
Expedia.com
US$124
Agoda.com
US$91
Trip.com
US$155
View all 13 deals from US$91
90 reviews
We compared the lowest prices from 13 websites 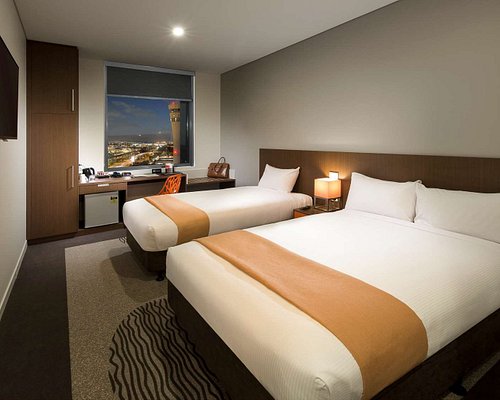 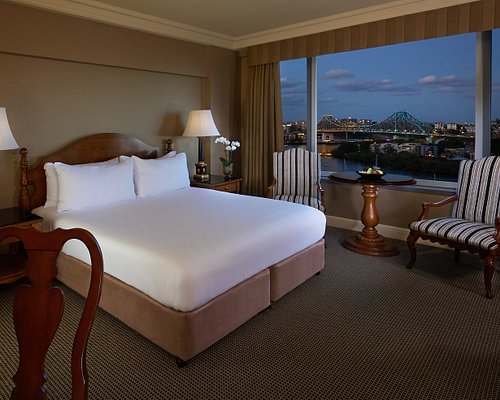 Hotels.com
View Deal
Free cancellation
Reserve now, pay at stay
Expedia.com
US$174
Agoda.com
US$166
ZenHotels.com
US$185
View all 13 deals from US$166
93 reviews

Expedia.com
View Deal
Free cancellation
Reserve now, pay at stay
Hotels.com
US$113
Agoda.com
US$113
CheapTickets
US$113
View all 14 deals from US$112
314 reviews
6.1 km from Annerley Motor Inn
We compared the lowest prices from 14 websites
The Great Southern Hotel Brisbane
US$71

Asian man very rude in office the room was filthy
Last couple of time I stayed the managers were awesome but Jason and Jo no longer there. Which is a real shame..
We decided to leave and requested a refund for the filthy room not that we got it. But least to say he understood then..
WOULD NEVER GO BACK NOW
I give it 0 starz

Hi, i am the new manager of the place on behalf of the man you are talking about, i apologies for your bad experience and will try to serve you best next time with good discount as well. Don't take the Asian man's response as rude, he just did not understand what you were saying, despite he offered a 100% refund at minute which is against our refund policy. i hope you understand
Thanks and regards
Manager

Report response as inappropriateThank you. We appreciate your input.
This response is the subjective opinion of the management representative and not of TripAdvisor LLC
bryantQ2716QS
1
Reviewed 20 January 2020 via mobile
REAL GENUINE 5 STAR VIEW OF CITY AT NIGHT!!!

Even though it's an older style motel, the view of the city at night the best I've seen in the last month of hotel accommodation. We paid the big money see a brick wall!!! But not here at Annerley. Wonderful hosts very homely with a beautiful breakfast.

Disgusting rooms
Rooms have been smoked in, potentially used for prostitution. Local council will be notified.
No advertised breakfast (despite advertised when booking through Expedia). When I questioned this with the manager and showed her the online booking which stated a free breakfast, the manager became aggressive and stated “well I’ll give you f.... breakfast- cereal and toast!
At this point I requested a refund, and I was told no way. I contacted Expedia who relocated us to Novatel Brisbane!!!

The manager and partner/ husband were the most disgustingly rude individuals I have ever come across!! If I could give this motel a rating under 1 and tell everyone how horrible this experience was, I would.

When I explained we were simply tired, wanted what we had booked and at this point just wanted to stay elsewhere after the 20 minute disagreement, her response was “I’m tired too”. Not something you want to hear after being awake since 2am. The manager was abhorrently rude and simply wanted an argument.

I am glad that the Novatel in Brisbane were able to provide myself, my mother, my 15 year old son and 90 year old grandmother accomodation at such short notice (9pm at night).

You came in and said you wanted bacon and eggs for breakfast that's why you booked here and became annoyed when we offered you cereal and toast as no where on expedia is it advertised that we supply a cooked meal.

We never swore at you and we could see that you were extremely flustered and i even rang expedia for you and you consistently told us i was not to blame to try and as we tried to diffuse your anger.

You were in a freshly renovated 1 bedroom apartment that had not been smoked in.

At no time did you ask us for a refund although i did tell you if you left that i couldn't refund you on a virtual card and would have to contact Expedia for this to happen as you paid them directly.

At no time were we rude to you and your son even apologized to us for your behavior as you left and he seemed quite embarrassed by it.

Report response as inappropriateThank you. We appreciate your input.
This response is the subjective opinion of the management representative and not of TripAdvisor LLC
Joseery
Thirsk, United Kingdom
255
Reviewed 11 January 2020 via mobile
Trip to the Brisbane International tennis

Our stay was great. Air con worked really well, the shower was hot and no water got on the floor. Brekky was good and service from staff was great. They were very helpful in getting cabs for us and directions for walking.

This review is the subjective opinion of a TripAdvisor member and not of TripAdvisor LLC
Amieewalker
1
Reviewed 22 October 2019 via mobile
Great place, great people

Fantastic place to stay. Stayed there for 2 nights with hubby and 3 of our girls. Owners and workers are fantastic could not do enough for us. Definitely recommend staying here, great prices, great rooms, fantastic service.