US$71
View deal
Expedia.comUS$83
PricelineUS$76
Hotels.comUS$83
View all 16 deals
Prices are provided by our partners, and reflect total costs of the stay, including all taxes and fees known to our partners. Please see our partners for more details.
Payments made by partners impact the order of prices displayed. Room types may vary.
Beachforme64
Nashville, Tennessee
141

We were very dissatisfied with this hotel. We entered the lobby to the smell of stale smoke in a smoke free hotel. We were told it probably came from people smoking outside but the smell never dissipated. Our rooms were on the fourth floor. Very, very hot. They advertise air conditioning but control it from 8 am - 4 pm. Our rooms never cooled and when I was trying to dry my hair in the morning, I was miserable. The halls are dark when you exit elevator and it takes time for lights to come on. Anyone can enter and be on the hotel floors. We got in the elevator and it took us to the basement where the laundry is done and then became stuck. We checked out a day early. Their brochure states they are a five star private hotel, but it is very outdated. This is more like a two star hotel.More

Show less
Trip type: Travelled with family
See all 156 reviews
Payments made by partners impact the order of prices displayed. Room types may vary.
Nearby Hotels 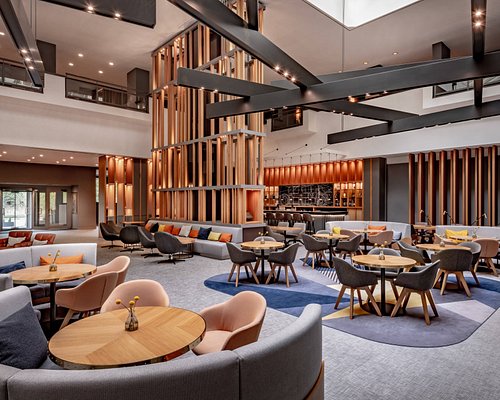 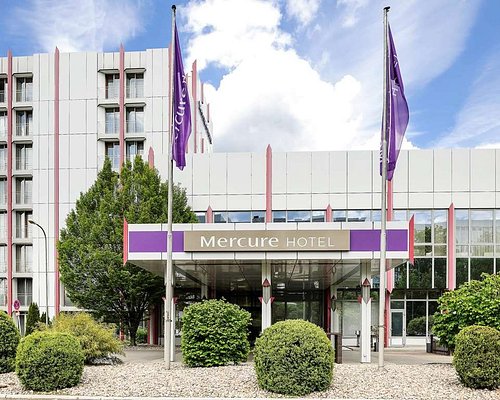 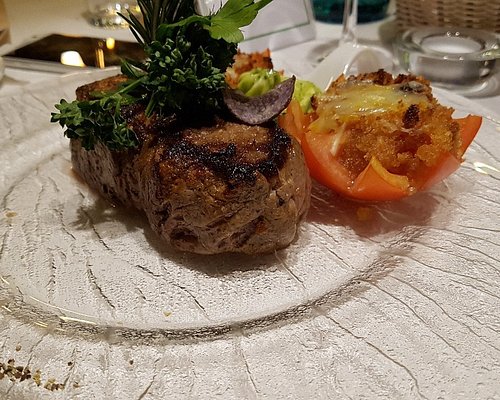 eDreams
View deal
Travelocity
Priceline
US$132
Orbitz.com
View all 11 deals from US$132
9 reviews
0.8 km from Hotel Erikson
We compared the lowest prices from 11 websites
Waldhotel Sindelfingen
US$119

This is NOT a four star hotel and ranks as one of the most indifferent I have stayed in.
I felt that it was also hostile to Americans .
The chaired in the room are shabby, the upholstery has many worn out frayed seams and holes- see picture.
There are no toiletries in the bathroom except for a wall dispenser of soap.
Much of the time, often in the evenings, there is no one at the reception desk . The hotel is across the street from the railroad station and the halls lights, on sensors not go on until you walk several feet down the dark hallway, off the elevator. This is NOT my idea of even reasonable security .
The dining room manager- her name is Mulla-was distinctly unfriendly , churlish to us. She barely greeted us, steered us to a tiny table in the rear- other couples were greeted warmly and offered large central tables. We were also not offered warm coffee, our dishes were not bussed. When my husband walked half way across the dining room to finally ask for more milk , the waitress picked up the remains of a milk pitcher from another vacated table and poured it into ours. Towards the end of out breakfast, the waitress picked up from our table an unused cup and small paper napkin, and used it to set another table.
We were given a room was on the first floor . The pillows were dingy with no pillow protectors , the duvets under their covers were browned with use.
The rooms are good sized, but this hotel is running on fumes ; perhaps there are a few patrons who are well treated, but management does not show much care, the hotel is dingy, not well maintained or gracious and I would avoid it.

This review is the subjective opinion of a TripAdvisor member and not of TripAdvisor LLC
Regan G
East London, South Africa
15
Reviewed 22 May 2019
Just Another Hotel

When I arrived things started off very well. I was there early and my room was ready. This was awesome as I was so tired from the long flights. I have been to Sindelfingen 4 times already and this was my first time at the Erikson. When I got to my room to lay down, the bed was not very comfy as I continuously rolled towards the centre. Breakfast to me was a real problem, as there was hardly any scrambled eggs in the morning unless you ask. The floor I stayed on has like a mini bar or conference centre and it gets very irritating with the doors being opened and closed all the time. I stayed right above the kitchen so the smell of smoke from the staff and the noise they make when standing outside the kitchen was disturbing. Would I go back there again, Yes, because I have had worse and this hotel marks the Average box for me.

Hotel stay is very comfortable and priced fairly well. There’s A/C in the room which is a plus for a comfortable stay. Breakfast is good, European style. Room service was not available during my stay so pleas keep this in mind and there is a parking fee for utilizing the garage.

This review is the subjective opinion of a TripAdvisor member and not of TripAdvisor LLC
yaughtjoh
Esslingen am Neckar, Germany
3425
Reviewed 10 August 2018
Fine hotel

The hotel is definitely not super modern but it is an enjoyable place to stay in Sindelfingen. Just across the S-bahn station and not far from city center or supermarket (walking distance). The staff is competent and friendly. Breakfast is quite nice but don't go too late either... The room for breakfast is maybe a bit too small during busy season, we had to share the table with random other guests since the room was full.

Stayed the night before a training session being held in the same hotel, so mainly booked on strength of convenience.
It was great to see the staff were very friendly and helpful, and the room was a good size with decent internet connectivity. Hotel was nice and quiet at night, and it was relatively easy to locate later at night.
Only bugbear for me was that they charge for using the hotel car park, which always feels a bit cheeky when you are paying for the room already.
However, in all a good business hotel.