We Enjoy this Hotel!

We have stayed at the Sindelfingen Marriott many times over the past couple of years. We keep coming back because of the staff. They are without a doubt some of the best, if not the very best, we have ever encountered in our travels. Whether front desk, restaurant, or housekeeping, you can count on friendly, professional, and personalized service.

We have stayed at several hotels the last few weeks, and a couple of them were using coronavirus countermeasures as an excuse for providing bad service. Not this hotel! The folks at the front desk (Lisa Büttner, Salem Kidane, Eva Kuttler, and Chloe Völmel) made us feel welcome and right at home. The front desk is the heart and brain of a well-run hotel, and the Marriott Sindelfingen staff works tirelessly and passionately. They are simply the best! We could see their warm smiles through their face masks. Victoria Gann at The Local (lobby bar and restaurant) also provided excellent service. Thank you all!

The rooms are average European sizes, and the bathrooms are somewhat small. However, the rooms are spotlessly clean, and the beds are comfortable. We will be back soon!More

Show less
Trip type: Travelled as a couple
See all 508 reviews
Payments made by partners impact the order of prices displayed. Room types may vary.
Nearby Hotels

Hotel Erikson
US$90
Booking.com
View Deal
Agoda.com
US$72
Hotels.com
US$79
Expedia.com
US$79
View all 13 deals from US$72
156 reviews
1.5 km from Stuttgart Marriott Hotel Sindelfingen
We compared the lowest prices from 13 websites 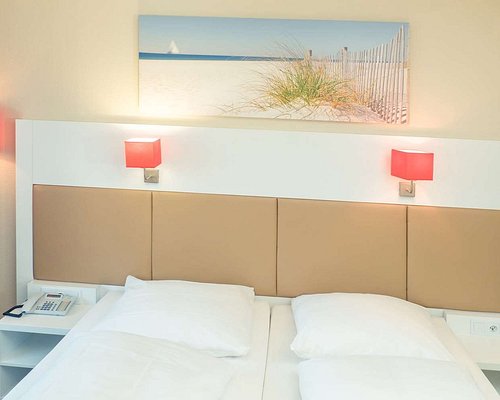 Taking safety measures
We compared the lowest prices from 13 websites

The staff made my 10 days in that hotel. Very helpful in organizing extras. I hot a table and an office chair for the time. The breakfast is ok, but not much to mention. The steakhouse is worth a visit. Peefect food and the option for local beef. The wellness are could be renovated, but clean and tidy. The rooms are large and the beda are perfect. The too floors have a great view in the morning.

My stay here was fantastic. The staff working here is absolutely friendly and very helpful. The room sizes are huge compared to many hotels in Europe. They serve an American breakfast and have a variety of choices to include omelettes made to cook. Definitely recommend this hotel.

This review is the subjective opinion of a TripAdvisor member and not of TripAdvisor LLC
Swilde6
Northern Virginia, Virginia
7422
Reviewed 13 January 2020 via mobile
Good Service

Stayed here for a week and had great service. The room was clean, hotel staff friendly and good location to walk to the mall and restaurants. Executive lounge was a nice place to meet after work but the amenities were not bad but nothing special. I will stay here again.

This review is the subjective opinion of a TripAdvisor member and not of TripAdvisor LLC
Marc_and_Kim_Z
Leinfelden-Echterdingen, Germany
724269
Reviewed 2 January 2020 via mobile
31 days ....

... would have stayed longer but we needed more room. Great location and a top notch staff.

The team in the executive lounge were totally awesome. The fitness center was always clean.

Parking was an issue if we came back after 7 but that was the only downside.

On business I often stay at chain hotels which reward your loyalty, so on a recent trip to Stuttgart I stayed at the Marriott Sindelfingen.

I had read various reviews about this hotel and was prepared to be disappointed about the executive lounge and condition of the hotel, and was pleasantly surprised at the quality of both. The lounge, although small, opened for the evening service at 1730 hours, and they had a really nice selection of hot food, typically German style, along with various salads, meats, and cheeses. They only had one beer, which was a little disappointing, but the house red wine was acceptable and in ample quantities. The servers worked their butts off and were friendly, even offering to top off your glasses, especially if you actually tipped them, which I did not see very many people do.

The lobby area was quite nice and clearly redone in the not too distant past, and the lobby bar was also quite nice, which a good selection of beers, wines, and liquors at reasonable prices. The rooms were fairly plain, but comfortable, and my non working room safe was quickly repaired when I mentioned it to the front desk. The shower has the odd glass half doors that swing in or out, and you have to be careful with the water or you will get it all over the floors, but I learned keep the bath mat to the far side to catch the excess.

Sindelfingen is a bit off the beaten path, but not far from some decent restaurants in town (a brisk walk or an easy cab ride), and about a kilometer away from the closest train station if you want to go into Stuttgart. There is a local mall (Breuningerland) with higher end clothing shops about a kilometer away and there are plenty of nice places to grab a coffee, glass of wine or even a sit down casual meal, so you will not want for a selection of food and drink choices. The Marriott had a steak house but I rarely saw people in it and did not give it a try, as I prefer to leave the hotel for most meals.