The Hotel Victoria
Lowest prices for your stay
US$140
View deal
Free cancellation until 07/08/21
Reserve now, pay at stay

US$140
View deal
Free cancellation until 06/08/21
Reserve now, pay at stay
Expedia.comUS$140
Priceline
eDreamsUS$140
View all 12 deals
Prices are provided by our partners, and reflect total costs of the stay, including all taxes and fees known to our partners. Please see our partners for more details.
Payments made by partners impact the order of prices displayed. Room types may vary.
FarAway141640
1

Excellent views, restaurant and staff! Had a really lovely weekend stay. Staff work so hard to make the atmosphere friendly and welcoming and the hotel is excellent situated for walking the lovely Lowestoft beach.

See all 727 reviews
Payments made by partners impact the order of prices displayed. Room types may vary.
Nearby Hotels 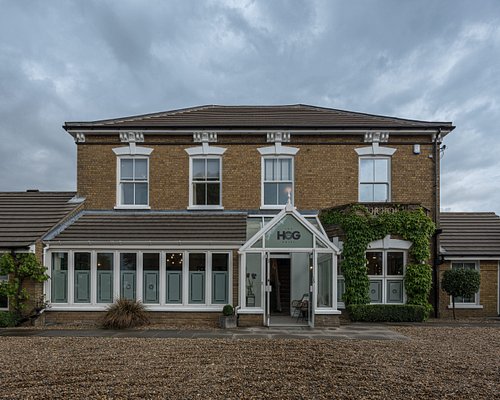 The Hog Hotel
US$216
Tripadvisor
View deal
Expedia.com
Hotels.com
Booking.com
View all 13 deals from US$216
151 reviews
1.6 km from The Hotel Victoria
We compared the lowest prices from 13 websites

Hotel Katherine
US$119
Tripadvisor
View deal
Free cancellation
Hotels.com
Booking.com
US$119
eDreams
View all 15 deals from US$119
57 reviews
0.3 km from The Hotel Victoria
We compared the lowest prices from 15 websites 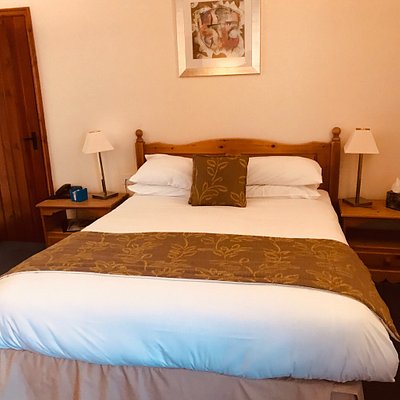 Expedia.com
View deal
Booking.com
Agoda.com
US$175
Hotels.com
View all 16 deals from US$175
815 reviews
3.1 km from The Hotel Victoria

As good as we remembered. Staff great, so friendly and obliging.Food great. Sea view great. Weather awful but a welcome break. Some bracing walks filling the lungs with sea air.We will be back when the weather improves.

Room tip: 306 brilliant but don’t choose it because we want it.
Ask 141alani about The Hotel Victoria
Thank 141alani

We enjoyed our stay at Hotel Victoria at Lowestoft very much. Friendly, helpful staff and delicious food. We were comfortable and made very welcome and will return again and again The view of the beach and sea is super and the promenade into town is very pleasant. The hotel is excellently situated to visit the many interesting places such as Southwold, Minsmere, Aldeburgh etc.

This review is the subjective opinion of a TripAdvisor member and not of TripAdvisor LLC
MrSunriseGdn
Reading, United Kingdom
4
Reviewed 10 December 2020
Affordable luxury

Another short two-night stay in the dependable Hotel Victoria. In all the times I have stayed here I have always had a relaxing and enjoyable time. The breakfast sets you up for the day. Looking forward to my next visit to Lowestoft and the Hotel Victoria.

This review is the subjective opinion of a TripAdvisor member and not of TripAdvisor LLC
Bazza2910
Great Yarmouth, United Kingdom
3
Reviewed 6 November 2020 via mobile
Excellent service,superb food

This review is the subjective opinion of a TripAdvisor member and not of TripAdvisor LLC
Suboo6
Benfleet, United Kingdom
5135
Reviewed 1 November 2020 via mobile
Welcoming hotel

Booked two rooms originally but had to cancel one which was easily done with one phone call (due to stay here with family but owing to personal commitments ended up only being the two of us). Chose this hotel for its proximity to Pleasurewood Hills park where we were visiting. Arrived and checked in with a little confusion due to the cancelled room, given key and went to room 202 which was a spacious, well laid out, sea view room. Went to bar for a drink and snack, shown to table and served quickly with a pleasant and friendly attitude. Ordered two baguette melts (Brie and pulled pork) these were gorgeous and full to the brim, salad on the side too!
Had booked dinner for 7pm and again were greeted warmly and seated on a table by the window, (sea view if not dark!!) dinner was again extremely pleasant prawn starter, very spicy chilli, brie good. Mains we both opted for pie, (steak & doom bar chicken & mushroom)both good although veggies were a little overdone for my liking. Desert we shared a cheese board which was plenty for two.
Breakfast was preordered and apart from white toast instead of brown was all good.
After a day at the theme park we were looking forward to a hot shower but unfortunately the shower was not great, could have got wet eventually I suppose but had a bath instead.
Second evenings dinner was as good as the first and they even moved our table for us as we were seated next to a rowdy group to begin with. We chose pate, chicken satay, both had the duo of pork which was well cooked and accompanied by better vegetables. Chose blueberry Frangipane and chocolate clotted cream cake, yummy.
They were participating in the eat out scheme so the bill including all drinks and decent bottle of wine on both nights only came to £200 in total.
Only comment would be that the hotel room could do with an update as they have updated the restaurant and bar areas making them more modern (think it could have been done more in keeping with the building).
Overall would highly recommend hotel for a comfortable stay right on the seafront.

This review is the subjective opinion of a TripAdvisor member and not of TripAdvisor LLC
View more reviews
PreviousNext
1…567…
<script type='text/javascript' crossorigin='anonymous' async onerror='__scriptLoadError(this,true);' src='htt