“Convenient and comfortable”
ejhmXzEzX2g1Ug==
other travellers have booked this property 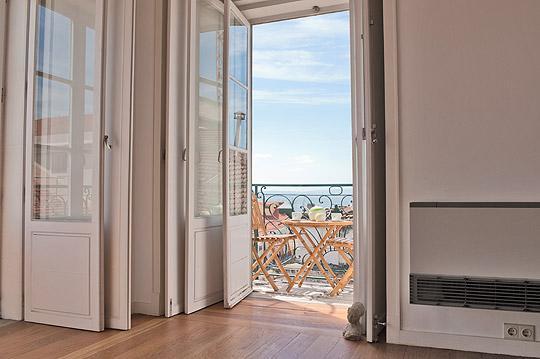 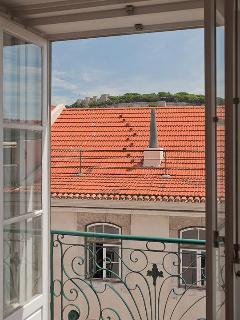 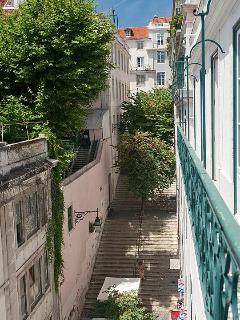 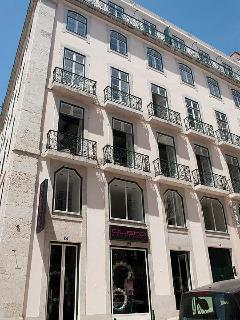 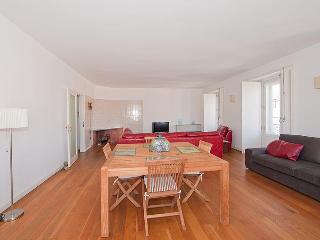 Very good - based on 19 reviews
Write a Review

We stayed in this apartment for 5 days while we explored Lisbon and environs. The place couldn't have been better situated for us as it was close to public transportation, restaurants and stores. We had beautiful views from the 5th floor and though there was noise from the street at night we were far enough away that it wasn't a bother. The apartment has comfortable sofas and large bed, a decent kitchen and shower/bath. Luis was terrific to deal with.

Date of stay: October 2016
Liked best: location
Liked least: no lights available in downstairs lobby near elevators so very dark at night
Travelling group: Spouse/Partner
Would you recommend this hotel to a friend?   Yes.
Recommended for:
Was this review helpful? Yes
This review is the subjective opinion of a Tripadvisor member and not of TripAdvisor LLC.
Problem with this review? Thank you. We appreciate your input.

We booked Apartment 5D on 81 Rua Nova do Almada for 8 nights in May 2016. The apartment is on the top floor and so is another privately owned apartment. The apartment is large, bright and airy but spartanly decorated. The entryway could use a bench or hooks to hang coats. The walls could use a few more pictures. The kitchen is nice but not very well equipped: no hot pads, cheap cooking utensils, a used sponge, only one kitchen towel, one extra tiny garbage bag, etc. The bedroom was very large and the bed very comfortable. There are two bathrooms, which are also nice. Be careful of the hot water, it is extremely hot! While this is a great location -- we walked just about everywhere we wanted to go in Lisbon -- it's also a very noisy location. First of all, the mechanicals of the building were underneath us and sounded like someone was running a gigantic vacuum cleaner. The noise starts at 8 a.m. and ends around 8 p.m. The staff did try and address this and did muffle the sound a bit, which we were very grateful for. Then there was the external noise. Let me preface this by saying that we lived in a noisy neighborhood in New York City for five years, so we're very used to city noise. Unfortunately this apartment is on a narrow one-way street with a sharp incline, so as cars drive up the street, they gun their engines. Traffic noise continues well past midnight. The garbage truck stops below every night at around 12:40 a.m. Alongside the apartment building is a long wide stairway that connects another upper street to this one. A restaurant has their outdoor seating on the halfway landing of these stairs. Thankfully the restaurant shuts down its outdoor seating around 9:30 p.m. Throughout the night people, mostly drunk, walk up and down these stairs. One night a group of ten people were out there for almost an hour yelling and singing until 2 a.m. Another night the people in the apartment adjacent to ours had a party until 3 a.m. Three nights in a row, we had to endure loud music and drunken bar games from an apartment across the street. They had their windows open. Every night we closed the large doors but this apartment is NOT SOUNDPROOF AT ALL. We complained about the neighbor's late night party to the rental company who suggested we were mistaken about where the noise came from and told us that we should have called the police. Not helpful. First of all, it's unpleasant to have the rental people tell you you're wrong about where the noise was coming from. We heard them come up in the elevator. They woke us up. And then we listened to them party for the next three hours. Needless to say, we got very little sleep and one night we were so upset that we almost packed up and moved elsewhere. I really wish someone else had warned us of the noise, which is why I'm doing so now. Perhaps their apartments on the other street are better and soundproofed. Do not stay here. Even with earplugs and a sound machine, we couldn't block out the incessant noise. If you're a night owl and a partier, you might be fine here -- although the sign on the apartment door says that YOU have to be quiet and respect your neighbors, otherwise you'll be asked to leave!!! How ironic. And by the way, the rental company never contacted us again after saying they were going to email the neighbor to ask about the noise. That was totally unacceptable. Needless to say, we were never more happy to LEAVE a place than when we left apartment 5D. It was one of the worst places we've ever stayed.

Date of stay: May 2016
Visit was for: Leisure
Travelling group: Couples
Was this review helpful? Yes
This review is the subjective opinion of a Tripadvisor member and not of TripAdvisor LLC.
Problem with this review? Thank you. We appreciate your input.

3 helpful votes
“Spacious, light-filled apartment in a superb location”
Reviewed 26 March 2016 for a stay in March 2016

This apartment was everything we could have wished for--and then some. Spacious, light-filled with wonderful views, well-equipped, spotlessly clean, and comfortable. Our hosts gave us the warmest of welcomes and made sure we had everything we needed to enjoy our stay. The central location was excellent for everything we chose to do.

Date of stay: March 2016
Travelling group: Spouse/Partner
Would you recommend this hotel to a friend?   Yes.
Was this review helpful? Yes
This review is the subjective opinion of a Tripadvisor member and not of TripAdvisor LLC.
Problem with this review? Thank you. We appreciate your input.

This a wonderful apartment, light-filled and spacious with many balconies and views in all of the rooms. The location is excellent, very convenient to access almost everything of tourist interest in Lisbon and close to many wonderful restaurants. It has been an absolute pleasure dealing with the staff--Silvia, Andreia and Luis have all been very warm, helpful and professional and have made sure everything worked smoothly from the Door to Door Shuttle pickup at the airport to a 3:30 am airport transfer from the apartment. I can't imagine finding a better place to stay in Lisbon!!!!

Date of stay: October 2015
Travelling group: Spouse/Partner
Would you recommend this hotel to a friend?   Yes.
Was this review helpful? Yes
This review is the subjective opinion of a Tripadvisor member and not of TripAdvisor LLC.
Problem with this review? Thank you. We appreciate your input.

We have been travelling for several weeks in London and Europe and this is the best apartment and service yet. Huge well-appointed apartment with river, street and castle views on 2 sides. The team were helpful and we had pre book in luggage storage, restaurant tips and help in locating a doctor. Follow up on any queries was quick and gracious.

Date of stay: September 2015
Liked best: Spaciousness
Liked least: Some noise on weekend at night
Travelling group: Spouse/Partner
Would you recommend this hotel to a friend?   Yes.
Recommended for:
Was this review helpful? Yes
This review is the subjective opinion of a Tripadvisor member and not of TripAdvisor LLC.
Problem with this review? Thank you. We appreciate your input.
Previous Next
1 2 3 4
Updating list...
Still can't find what you're looking for?

Looking for a place to stay in Lisbon?
View all 1,792 holiday rentals