US$168
View deal
Hotels.com
Travelocity
PricelineUS$188
View all 16 deals
Prices are provided by our partners for one room, with variable occupancy rules as provided by the property, and reflect total costs of the stay, including all taxes and fees known to our partners. Please see our partners for more details.
Payments made by partners impact the order of prices displayed. Room types may vary.
emilysN4465BI
1

Me and my family would definitely recommend this hotel!
When I first booked I never thought it would be a familiar hotel, with entertainment and all that stuff. I just booked for the great reviews and the pictures offered were very appellative.

Surprise, surprise! They not only have entertainment, but a quality team working there. The team bellux were friendly and full of smiles (even tho they had to wear masks) since day one. My kids were amazed by the kids club and the night they dressed as Alice in Wonderland. The costumes were out of these world. Thanks to Erica, Luiggi and Hugo.

The food here is amazing, and the staff in the restaurant is not only firendly, they're also very funny. A special shout out to Paulo and David from the bar.

Big apartment and a big pool (even tho very cold)! You have plenty of stuff to experienced here. Not only in the hotel but also outside. It was our first time in Albufeira and we will definitely come back.

Thanks to everyone envolved of making this holiday very special.More

Show less
See all 1,469 reviews
Payments made by partners impact the order of prices displayed. Room types may vary.
Nearby Hotels 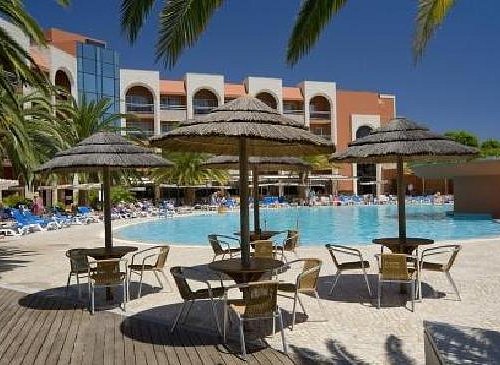 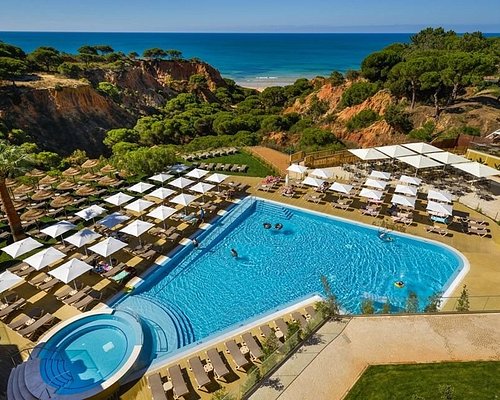 Taking safety measures
We compared the lowest prices from 14 websites
All Inclusive
TUI BLUE Falesia
US$244
Tripadvisor
View deal
Free cancellation
Pay up to 12X
Expedia.com
Booking.com
US$245
Hotels.com
View all 17 deals from US$244
3,720 reviews
3.5 km from Vila Petra Aparthotel

Great hotel, fabulous staff, and the guys from Bellux who run the kids club are just fantastic

The pool is massive, the rooms are of a decent standard, just a really nice hotel and nice place to spend a couple of weeks.

We look forward to welcoming you again in the near future.

Report response as inappropriateThank you. We appreciate your input.
This response is the subjective opinion of the management representative and not of TripAdvisor LLC
TheHavenLegacyPark
Wolverhampton, United Kingdom
111
Reviewed 3 June 2021
Excellent hotel

Just spent 10 nights staying at Villa Petra in Albufeira.
Apartment was well equipped with oven and dishwasher as well as the usual coffee, microwave fridge etc.
Hotel and grounds are maintained to a very high standard, ideal for guests of all ages.
Thanks for a great holiday


We look forward to welcoming you again in the near future.

Report response as inappropriateThank you. We appreciate your input.
This response is the subjective opinion of the management representative and not of TripAdvisor LLC
enterprise1000
Liverpool, United Kingdom
3639
Reviewed 31 May 2021 via mobile
A well presented and exceptionally clean family hotel with great staff, generous rooms, and lovely bars and restaurant.

We’re four days in to a ten day stay at Vila Petra.

The staff are fabulous, everyone is very friendly and helpful, and the hotel is absolutely immaculate. Seriously, I’ve never seen a hotel as clean and well presented.

The hotel is located just off the ‘old’ strip and away from the noise of the ‘new’ strip. Sadly, this end has suffered from a lack of trade last year and several of the bars and restaurants haven’t yet opened.. hopefully they will reopen as the season goes on.

The rooms are generously sized, ours has two balconies. Sleep has been blighted by a rather ignorant gentlemen who plays loud music on his balcony, reception have spoken to him but I suspect he’ll be removed from what is a lovely family hotel.

The only criticism I could possibly bring is the timing of the downstairs bar and pool bar which don’t open until 11am/midday. I like to get to the pool early and have a coffee, to have to go the the first floor bar is a bit of an inconvenience. Maybe this will change as the season goes on and the hotel gets busier.

We haven’t had any of the aforementioned issues with the pool man yet, but the hotel is very quiet so far. He did politely mention yesterday that from today the hotel would be busier and no inflatables in the pool, which does appear a little miserable.. so beware before buying inflatables! I can’t imagine he likes enforcing that rule very much but that’s not his fault and maybe something the management could consider for the future, I’ve never come across an inflatable ban before, maybe they could explain why and then people would be more understanding.

In what concerns the no inflatable rule in our pool, this rule has the sole purpose of promoting a nice ambient and the highest standards of hygiene, for all our guests.

We look forward to welcoming you again in the near future.

Report response as inappropriateThank you. We appreciate your input.
This response is the subjective opinion of the management representative and not of TripAdvisor LLC
Paty_Enc
1614
Reviewed 20 January 2021 via mobile
Great service

Absolutely a beautiful hotel we loved de food the service and omg the people are so friendly.. Thank you for all the excellent attention with your clients.. See you next time we will return this time with friends..

We are delighted to hear about your stay with us!

Looking forward to welcoming you back.

Report response as inappropriateThank you. We appreciate your input.
This response is the subjective opinion of the management representative and not of TripAdvisor LLC
P9358DTannettem
Birmingham, United Kingdom
11
Reviewed 6 October 2020 via mobile
Family Break

We went to Villa Petra on the basis of the fantastic reviews. The fact is I wouldn't stay there again. Reception staff very unfriendly. Member of staff round the pool I'm sure waits till he can tell you about what you are doing wrong. On arrival the bathroom floor was filthy, had to ask the cleaner to come in to mop it. Worrying during Covid. Buffet was extremely limited, same food all the time. The price should have been reduced to reflect this. The staff in the restaurant were a joy.

We could not be sadder, we take our guests satisfaction very seriously and regret that we have not met your expectations.
Also, we are very strict in what concerns cleaning and covid measures as per our guest's feedback. We are sorry you have a different experience and opinion.