Will return - ST HILDA'S COTTAGE, luxury cottage, private hot tub, a mile from the coast in

Review of ST HILDA'S COTTAGE, luxury cottage, private hot tub, a mile from the coast in 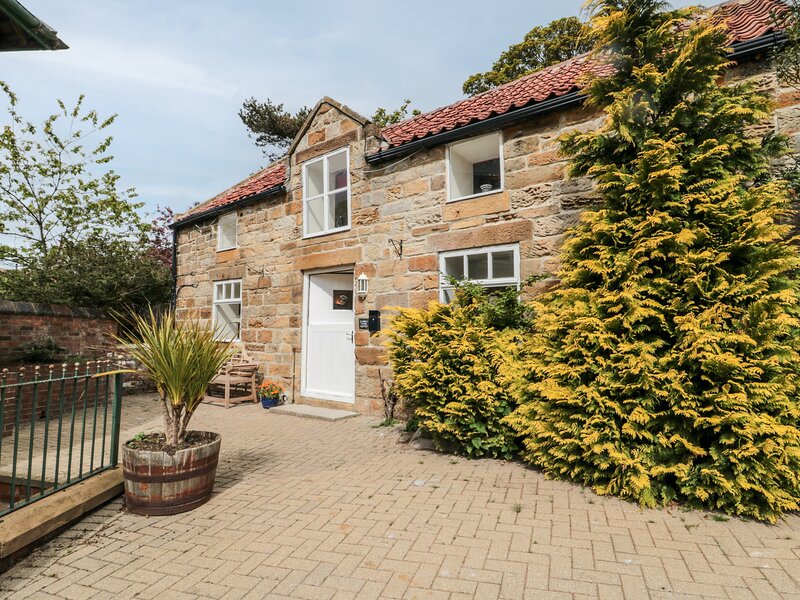 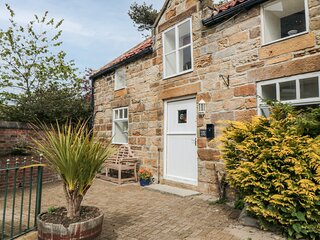 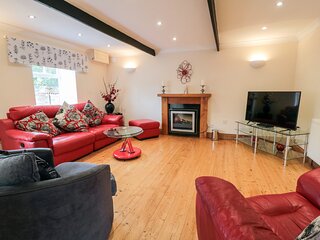 Very good - based on 29 reviews
Write a Review

We stayed for a week it helped weather was lovely .The cottage is in a small village local pub badger and hound serves good food .The cottage is modern large on a small holding with various animals the fresh eggs are lovely and you can collect your own .Lovely cliff walks from the cottage into stathies and runswick bay .Everyone is so friendly and if you have a dog they are welcome everywhere .The hot tub is a nice addition and very welcome after a long walk
We will definatley stay again comfortable cottage in a great area

Date of stay: April 2017
Was this review helpful? Yes
This review is the subjective opinion of a Tripadvisor member and not of TripAdvisor LLC.
Problem with this review? Thank you. We appreciate your input.

We stayed over valentine's week. We were initially concerned over some of the reviews on trip adviser however they are a little out of date. The lodge is superb and yes being on a farm does mean getting a little muddy when collecting your fresh eggs, but well worth it

The owner Linda was so helpful and just couldn't fault the stay. The hot tub was amazing and just what was needed after long walks. Highly recommended

Date of stay: March 2017
Was this review helpful? Yes
This review is the subjective opinion of a Tripadvisor member and not of TripAdvisor LLC.
Problem with this review? Thank you. We appreciate your input.

Visited with my husband and our dog for 3 nights, only negative was it just wasn't long enough! Absolutely loved this cottage. Owner was incredibly friendly; there if you need anything but gave us plenty of space to do your own thing. Hot tub was amazing & being able to see the farm animals every day & collect fresh eggs ourselves was a lovely novelty.

2 local, dog friendly pubs within a few minutes walk. We particularly enjoyed the Brown Cow as the staff & locals were very friendly and the food was great. Great place to relax after a long walk.

Would recommend walking along the coast into Staithes and Runswick, both take around half an hour to get to from the cottage & the views along the way are stunning.

We will definitely be back & can't wait to visit again :)

Date of stay: February 2016
Was this review helpful? Yes
This review is the subjective opinion of a Tripadvisor member and not of TripAdvisor LLC.
Thank you for taking the time to share this lovely review with us all, we are absolutely over the moon that you enjoyed your time at St Hilda's Cottage. It sounds like you had the best of both worlds, throwing yourself into country living collecting eggs and seeing the farm animals whilst being able to enjoy stunning walks along the coast - wonderful! We certainly hope that you return for another visit, next time for longer!
This response is the subjective opinion of the management representative and not of TripAdvisor LLC
Problem with this review? Thank you. We appreciate your input.

I absolutely love Hinderwell and this is my third visit to this cottage which I booked directly with the owner who kindly allowed me to also take along my two dogs. Hinderwell and (previously) the cottage are an ideal location for me to work in peace and quiet. I had visited in November 2014, February 2015, and April/May 2015.

Owners are friendly and generally helpful; I had not reviewed previous visits in the hope that by the third visit any constructive criticisms from earlier visits would have been overcome. I also recognise what the owners are trying to achieve with this cottage and the site in general and had discussed and raised several constructively critical points with Manager on both first and second visits (based on background in hotel and leisure sector) that needed attention ASAP for it to come even close to being a luxury property, and also a couple of areas of potential health and safety issues (i.e. precariously hung artwork and the spiral staircase!).

I was looking forward to my third visit in April 2015; on arrival I found property had had some work carried out but very evidently as a "quick fix"; but this time the pillow cases in red bedroom were dirty with lipstick and other stains, bed runner had several piles of bird poo on it (goodness knows who made the bed because the poo was showing ...!!!), bed runner in blue room also dirty with stains (so I washed and dried this myself); 5 out of 6 of the white bath towels were badly stained and duly reported, but no offer of replacement so I took them over to the B&B and asked for replacements and that they also wash the red bed runner and they apologised and obliged willingly on both counts.

When I came to use the oven I couldn't because it was so dirty and I raised this point with the owner too who said he would speak with the cleaning staff! So I either ate salads or cooked my food on the top of the oven for the duration of my stay which should have been for 7 nights and departing on the 8th morning.

In the meantime I had noticed a rat in the small back garden of the cottage and duly informed the owner. He arranged for a pest controller to come in the following day and suggested i take my dogs for a walk whilst they did what had to be done; first night the controller did not show up at all and the second he had a unsuccessful visit as that night the rat visited again. My dogs were going crazy all night until about 4.30 am the following morning as they could hear the rat/s moving under the property. The following day I saw one again in the garden.

Notwithstanding all of this on the 5th day I was informed that there had been a double booking error between the owner and his booking agents and that (despite the fact that mine was the first booking) the new visitors were due in on Sunday at 3 pm, so I was asked to vacate the cottage and move into either a caravan or the B&B (where a room would also be provided for my driver who was due to arrive on the 7th evening ready for departure on the 8th morning.) I expressed my concerns about this as my dogs would have to move with me and they were also moulting very heavily and this would be unfair to both parties.

In the event, and as the rat had also reappeared yet again that night, I decided to cut my holiday short and return home so, with a tremendous amount of inconvenience to others, I arranged to be picked up early and left 2 nights early (without having seen the owner.) I had briefly discussed payment of my bill with the owner and in the event I deducted an amount for the two nights I didn't stay!

This is such a huge let down and massive disappointment, and i sadly have elected not to return in October (which was already booked) as I am not convinced anything will have much changed.

This really attractive cottage (inside and out) has the potential to be a "perfect getaway and holiday base" but in my humble opinion can certainly not be considered or identified as 5 star luxury by any means. The holiday letting agents also need to rework their description of the property as a matter of some urgency as it is very misleading; there is NO large TV or stereo in the lounge, and there is NO TV in the blue bedroom.

Date of stay: March 2015
Liked best: Hinderwell village and the delightful residents.
Liked least: Dirty bed linen, stained towels,dirty cooker, rat/s in garden and being asked to vacate early into the B&B because of double booking when I had made the first booking. Having to cut my holiday short and leave early.
Travelling group: Solo Traveller
Would you recommend this hotel to a friend?   No.
Recommended for:
Was this review helpful? Yes
This review is the subjective opinion of a Tripadvisor member and not of TripAdvisor LLC.
Problem with this review? Thank you. We appreciate your input.

My boyfriend and I came to stay at St Hilda's cottage for a relaxing long weekend to get away from it all. On our arrival Dave was very welcoming and had even left us a little welcome pack of cakes, tea, coffee and milk which was very well received after our 6 hour journey. The location was perfect, tucked away enough to feel private but also close to the local shop and pub, where the portions are enormous and absolutely delicious! Make sure you pay a visit the local sites of Whitby and Robin Hoods Bay for lovely beach walks. It's also worth a trip to the Mallyan Spout waterfall too! - Back at the cottage we loved visiting all of the animals on the farm and thought the goats and peacocks were hilarious! The hot tub was fantastic, we enjoyed sitting in it with a few bottles of bubbles most evenings. The lay out and finish of the cottage is very well thought through and to a good standard. Almost everything that has been moaned about in past reviews and in the guest book has been rectified, so please don't be put off visiting this lovely cottage!

Date of stay: December 2014
Was this review helpful? Yes
This review is the subjective opinion of a Tripadvisor member and not of TripAdvisor LLC.
Problem with this review? Thank you. We appreciate your input.
Previous Next
1 2 3 4 5 6 …
Updating list...
Do you own a holiday rental? List it here.

Looking for a place to stay in Hinderwell?
View all 20 holiday rentals