US$32
View deal
Hotels.comUS$39
PricelineUS$39
Expedia.comUS$39
View all 17 deals
Prices are provided by our partners, and reflect total costs of the stay, including all taxes and fees known to our partners. Please see our partners for more details.
Payments made by partners impact the order of prices displayed. Room types may vary.
James V
Welshpool, United Kingdom
83

Extremely good value. A little compact, but perfect for a quick stay over. Some additional features like more hangers for clothes / hook for coats and a towel rail would have given this 5 stars across the boardMore

Show less
Review collected in partnership with this hotel
This business uses tools provided by Tripadvisor (or one of its official Review Collection Partners) to encourage and collect guest reviews, including this one.

Thank you for taking the time to provide feedback of your recent stay with us.


We are over the moon that you thoroughly enjoyed your stay with us with our facilities and service being all to your satisfaction. As a Super Budget Brand offering value for money, central location, amenities at your door step, within in easy access via all major travel links and above all a comfortable night stay is what we strive to deliver.

We can't wait to welcome you back when you next visit. In the meantime, stay safe.

Report response as inappropriateThank you. We appreciate your input.
This response is the subjective opinion of the management representative and not of TripAdvisor LLC
See all 1,167 reviews
Payments made by partners impact the order of prices displayed. Room types may vary.
Nearby Hotels 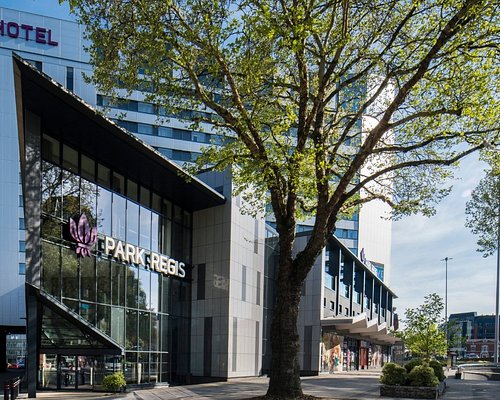 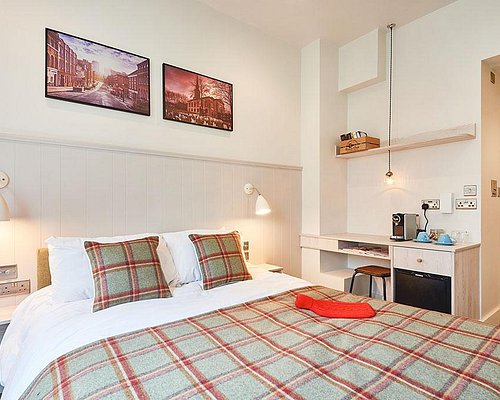 Taking safety measures
We compared the lowest prices from 19 websites
Top Rated
Sponsored
Staying Cool at Rotunda
US$139
Booking.com
View deal
Reserve now, pay at stay
Expedia.com
US$139
FindHotel
US$136
Hotels.com
US$139
View all 16 deals from US$136
1,207 reviews

Taking safety measures
We compared the lowest prices from 18 websites
Genting Hotel
US$129
Booking.com
View deal
Free cancellation
Expedia.com
US$129
Priceline
US$129
Hotels.com
US$129
View all 19 deals from US$129
3,556 reviews
12.8 km from easyHotel Birmingham City Centre

I could spend only one night at the hotel as I was just passing though England and did not have much time to spend in the city. The hotel was good and I would come back again when I visit the city next time in future.

We are really glad that you enjoyed your stay with us quite so much. We pride ourselves on our concept with the comfy beds, powerful shower and great staff, so it is always good when a guest appreciates these.

Report response as inappropriateThank you. We appreciate your input.
This response is the subjective opinion of the management representative and not of TripAdvisor LLC
RobboG57
1
Reviewed 18 February 2021 via mobile
Cheap and cheerful

2 nights on business. Great location close to essential shops and places to get food from. Staff professional and friendly and rooms clean and cosy what more could you want. Would most definitely return.

We appreciate you taking the time to provide feedback of your recent stay with. We are delighted that overall your stay met your expectations from customer service, facilities and location. Thank you so much for your lovely comments of the site team, we pride ourselves delivering exceptional customer service to ensure our guests have a wonderful stay with us. Our central location with easy access from major motorways links and situated just a street away from New Street is ideal for all travelers.

We look forward to welcoming you back when you next visit. In the meantime stay safe.

Report response as inappropriateThank you. We appreciate your input.
This response is the subjective opinion of the management representative and not of TripAdvisor LLC
kovukingsrod
Fredrikstad, Norway
11
Reviewed 26 January 2021
Train was cancelled, so I needed to stay the night

I study in Wales and was travelling from London. My train from London to Birmingham was all fine, but then my second train to Wales was cancelled due to flooding, and I was essentially "stranded" in a city I´d never been to before at 11 at night. Upon telling a friend, they recommended this hotel to me. "Cheap as chips" and a three minute walk from the train station, which is all that really mattered to me. However, I came in to a lovely receptionist. I got my room, small (expected, due to the price) but very quaint and also modern! Ordered a wine and some indian food and receptionist informed me when it had arrived downstairs (they actually came to my room as they couldn´t reach me on phone to tell me). Enjoyed my meal sat on the floor looking out the huge windows. I left early next morning to reach my train, but am actually happy it was cancelled in the first place as I got to discover something new and had a very nice experience I wouldn´t have had otherwise!

Review collected in partnership with this hotel
This business uses tools provided by Tripadvisor (or one of its official Review Collection Partners) to encourage and collect guest reviews, including this one.
Ask kovukingsrod about easyHotel Birmingham City Centre
1  Thank kovukingsrod

We are over the moon that you thoroughly enjoyed you stay with us and thank you for taking the time to provide your feedback. This is extremely valuable to us, allowing us to monitor our standards and service levels.

Being a Super Budget Brand providing value for money and a comfortable stay is always our objective along with our customer care, service and facilities. Our location is ideal for all travelling guests, with amenities on the door step or a short walk away and easily accessible via a variety of travel links.

Reading your feedback we felt as though we were there with you on your customer journey and eager and excited to read the next chapter of events.

Seen you when you next visit. Stay Safe.

Report response as inappropriateThank you. We appreciate your input.
This response is the subjective opinion of the management representative and not of TripAdvisor LLC
petemG8912UI
11
Reviewed 28 November 2020 via mobile
Birmingham

I’m currently working As a key worker in Birmingham. My colleague and myself
Booked two rooms via the Internet EasyHotel was £1 cheaper a night than the previous hotel we stayed at

I will NEVER use this company again !!
This was the worst hotel I have ever stayed at , And I’ve stayed in hotels all over the world

This one was very cramped, no shelves no desk no chair, two fixed coat hangers to the wall with nowhere to put anything

The space around the bed was ridiculously cramped, the room was stuffy and very claustrophobic, it was a very grey drab room with zero space to do or put anything. There is no kettle no cups, nothing If you want a hot drink you must go downstairs and purchase them at £1.60 a time absolute daylight robbery and not exactly good for a comfortable stay.

Then there’s the noise. You can hear everything around you, the heating has a mind of it’s own, the fan doesn’t switch off in the bathroom, the shower was however ok it wasn’t exactly powerful but did have hot water

The staff are rude and very unhelpful and quite unprofessional The first night my television didn’t work, I had to go downstairs to reception and try to explain the PIN number - yes I did say pun number. At easy hotel you need a PIN number to watch the television. How friendly and relaxed is that ??

Anyway o had to go back to reception three times because the television wasn’t working. After this they swapped my room to an equally dismal room non of the rooms have windows - which for £1 extra per night I could have had a much nicer experience elsewhere

The fight continued until 4 am ish when I did contact reception. Although amazingly they had zero knowledge of any noise. And truthfully didn’t seem that concerned at all

All in all this was the worst hotel I’ve ever used and the staff were equally rude I complained at least 8 times about various issues and at no point did anyone
Express any real concern. In fact it was pointed out to me every time that I’d booked a budget hotel. I’ve used many many budget hotels

Otherwise Avoid at all costs !!

Thank you for taking the time to give us your significant feedback.

We are sorry to read your experience during your stay with us. Please accept our apologies for the problems with the noise. Our staff makes rounds every 2 hours to ensure we keep noise levels to the minimum. Unfortunately as a lone worker we can't do this round more regularly. If you can please next time come to our reception which is open 24 hours and we will try to find a solution for you to try to make your stay enjoyable and peaceful.
Please accept our apologies regarding maintenance issue with TV. Thank you for making us aware of the issue and we will be looking forward to resolve it as soon as possible.
We appreciate our rooms being on the smaller side therefore we keep the furniture in the room minimal to make the most of the space we have. We hope this has not caused you any inconvenience.

Your feedback is of great value to us and will help us tremendously in our efforts to maintain and continuously improve our standards to the highest level. It has been a pleasure to have you as a Guest.
Despite your experience during your stay, we do hope to have restored your trust in us and sincerely hope to welcome you back in one of our hotels to show the service levels that pride ourselves for.

Report response as inappropriateThank you. We appreciate your input.
This response is the subjective opinion of the management representative and not of TripAdvisor LLC
e7kueisgv0
1
Reviewed 12 November 2020
Good place to stay

Nice place to stay. Close to newstreet st. Staff are friendly and helpful. Could improve services by providing telephone or easier way than walking down to contact front desk. Could arrange for microwave for re heating food.

Review collected in partnership with this hotel
This business uses tools provided by Tripadvisor (or one of its official Review Collection Partners) to encourage and collect guest reviews, including this one.
Ask e7kueisgv0 about easyHotel Birmingham City Centre
Thank e7kueisgv0

Thank you for taking time to review your stay with us.
We happy to hear you enjoyed your stay at our centrally located hotel.
Our staff are our greatest asset, so we are very happy they were friendly and helpful during your stay.


Looking forward for your next visit!

Report response as inappropriateThank you. We appreciate your input.
This response is the subjective opinion of the management representative and not of TripAdvisor LLC
View more reviews
PreviousNext
12…195