US$81
View deal
Hotels.comUS$88
PricelineUS$93
Trip.comUS$86
View all 17 deals
Prices are provided by our partners, and reflect total costs of the stay, including all taxes and fees known to our partners. Please see our partners for more details.
Payments made by partners impact the order of prices displayed. Room types may vary.
Stretford_Soldier
London, United Kingdom
3939

Good overnight stay. I was concerned reading some of the reviews but found the hotel to be clean, friendly and exactly what I needed for an overnight stay. I didn’t have breakfast but my room was everything I needed and very good value given the spec and location

Room tip: The gym is small but serves its purpose.
Trip type: Travelled with family
See all 2,006 reviews
Payments made by partners impact the order of prices displayed. Room types may vary.
Nearby Hotels 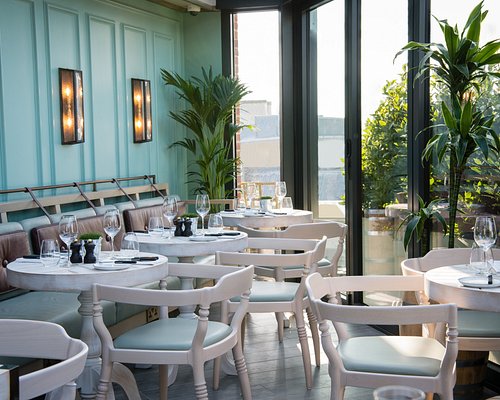 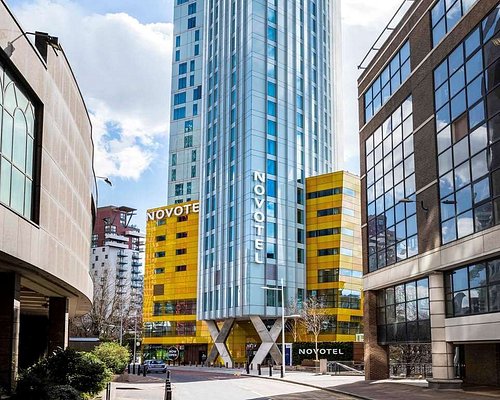 Taking safety measures
We compared the lowest prices from 18 websites
Tower Suites by Blue Orchid
US$136
Booking.com
View deal
Free cancellation
Expedia.com
US$142
Trip.com
US$120
Hotels.com
US$142
View all 15 deals from US$120
164 reviews
7.5 km from Blakemore Hyde Park

For our anniversary, me and my partner travelled 150 miles to enjoy the wonderful city of London together.
Upon our arrival at the Blakemore hotel, things seemed lovely, stylish and professional.
Things rapidly went downhill....

We entered our room 401, to be greeted with a large patch of soaking wet carpet, which we immediately informed reception about.
They reassured us it was just the carpets that had been cleaned and are still damp.
So we decided to leave it at that and continue with our evening...

Later that night we came back to our room which completely stunk of urine!
Myself and my partner put our nose to the carpet which was 100% urine.
In shock and disbelief, we found ourself back at reception explaining that the wet patch was in fact urine.
The staff didn’t really care and every time we tried to explain, we were shut down and stopped from speaking to be told they were automatically transferring us to an upgrade room 510.

We finally thought things were fine until we entered room 510.
As it was getting past midnight and from travelling from 7am to get to London, we just wanted to crawl into bed and sleep.
After pulling back the bedsheets, yet again we were greeted with a large yellow patch in the middle and brown stains which looked like poo..
Normally this would be shocking but due to the state of the previous room, it was at no surprise to us that we found this on the bedding..
Absolutely exhausted. We decided to just leave it and my partner slept on the floor while I slept on a small sofa in the room.
The next morning we left and decided to write an email about our stay to someone in senior management as we were told no such management is on site for us to speak to...

Finally we got a response a week later.. we spoke to someone claiming to be the trio of “general manager, head office and the owner”

Never in my life have I been spoken to like such a piece of crap. I was branded as a liar, rude, cheap and apparently not welcome back into the hotel.

The general manager had no intention of listening to our complaint at all, said he had better things to do.
We were told because we paid £53 for the room that we got the service that our money paid for.
His words... “ what do you expect for £53, that wouldn’t get you a cup of tea for two in half of London”.
We were told to go and stay in a Travelodge instead.

No offer of a refund or an apology.
This is absolutely infuriating. 0 manners or professionalism...
4* hotel? Yeah right... it’s a shame Gordon Ramsay’s hotel hell is not around anymore to teach you how to run hotel properly.

Honestly stay away at all costs.

There are NO amenities in the room (apart from tea/coffee making facilities) despite the fact these are advertised. I understand because of covid why some things may need to be taken out, but there was no welcome pack so we didn’t know the phone number to call reception if there were any problems, how to connect to the wifi or what facilities or services were available at the hotel. There are also no toiletries (apart from one small bar of soap) which I wouldn’t expect from a 4* hotel - plus toiletries are disposable so I don’t know why covid would affect that.

The hotel’s website said if you booked directly through them you could get late checkout till 12pm but when we asked reception in the morning we were rudely told this was not possible at all.

Overall this is NOT a 4* hotel and they should do much better to improve guests’ experience. I wouldn’t stay here again.

This review is the subjective opinion of a TripAdvisor member and not of TripAdvisor LLC
deepankaj_UK
32
Reviewed 29 May 2021 via mobile
The advise is - Stay Away, Rude Staff , no care for guests

We are currently staying in the hotel, air conditioner not working in both rooms, outside temperature 20 degrees, rooms are hot and stuffy. After making lots of arguments we have been given replacement for one room but other one is 29 degrees, staff says we can’t help. Pathetic Custoner service , rude staff and no care for customer. No option but to sleep in the room so hot, with doors open.

I am Helmut from Germany. I make no apologies for my nation and I'm very pleased with eating many many sausages. I recommend eating sausages. I had the full German breakfast and ate all sausages. Heil sausage

This review is the subjective opinion of a TripAdvisor member and not of TripAdvisor LLC
shaz123459876
Manchester, United Kingdom
31
Reviewed 24 May 2021 via mobile
STAY AWAY FROM THIS HOTEL! POO STAINED DUVETS! FALSE ADVERTISEMENT! RUDE EMPLOYEES!

We were meant to stay in Norfolk Towers and was moved to this so called “4* deluxe hotel”.

Unfortunately, don’t have any pictures of the room we were given, but stay away from this hotel!
Cleaners do not clean your room! Asked for bedsheets so that I could do it myself and the head of concierge Christian told me I should’ve told the cleaners to do it even though I’d asked BEFORE going out. I opened the duvet covers to find poo stains and again Christian told me to deal with it.

Check in was MEANT TO BE at 3 but didn’t get in u til after 6:00 as they “couldn’t find the room”. We were told to share rooms until one could be made available. We were told to sit and wait but was left in the back of the queue every time.

The SERVICE was horrendous. The workers seem so unhappy and are so rude to you (Christian especially). When we asked why it was taking so long to check in, they told us that it’s not their problem as it’s busy. We were not the only customers who this complaint. We asked to raise a complaint and Christian said there’s no one and nowhere for us to do that.

We paid for an executive double room and was put in what seemed like a club room, if you’d even call it that. The advertising is FALSE! The room was smaller than our friends who had the club double. Tiny bathroom, tiny bed and little space for movement! We went to ask reception why the room was smaller than the club double, especially as we paid a lot more for our room, they lied and told us that an executive room is meant to be smaller than the club double. They said it’s the layout. We also had breakfast included in our deal and was told we had to pay extra for the English breakfast AFTER it was given. The breakfast was HORRIBLE! For the price paid, this was by far the worst one experience we’ve had! We do not recommend and will never return!
We were so told by Christian that Norfolk has worse rooms and service so be careful of both!