Booking.com
Priceline
StayForLong
View all 7 deals
Prices are provided by our partners, and reflect total costs of the stay, including all taxes and fees known to our partners. Please see our partners for more details.
Payments made by partners impact the order of prices displayed. Room types may vary.
Sarah Jane D
Wirral, United Kingdom
3529

The check in was quite bizarre. No welcome or how was your journey, just you owe £455 can you pay it now please. Fair enough but a strange way to handle guests who have just driven over two hours. The girl was primarily waiting on staff and obviously very quiet in personality. Not everyone is suited to front desk duties and she should definitely not be there. At a 5* establishment I except all the usual pleasant conversation and an offer to assist with luggage etc - zilch.

Upon arrival in the suite there was a large black refuge sack full of the previous occupants bathroom bin contents and dirty towels - yuk. This was completely unacceptable.

The suite, however, was stunning and this is where the hotel excels. It really is a beautiful building with modern twists sympathetically showcased. Likewise breakfast is pretty much faultless. Bar service is polite and timely.

The first night’s food was good. Very tasty and we enjoyed our meal. The second night was pretty much a disaster. The soup was not soup it was veg stew. The chicken was dry and unseasoned. The duck leg was hard going and the mussels had not been prepared properly. I wouldn’t recommend the restaurant for evening meals.

Also they liked you in and out. There was no encouragement to linger or have post dinner drinks in the bar area. There was zero atmosphere and we were back in the suite by 9.15pm. Rain hampered a walk into the village so a slightly livelier bar would have been appreciated even just for coffee and a liqueur.

One member of staff stood out, Amy Potts. Now if they could carbon copy Amy by five they would be onto a winner. She was excellent. Very customer focused and understood what the word hospitality meant.

Would I recommend Applegarth? As an upmarket B&B yes. The prices for the suites are eye watering though and for that I expected a much warmer welcome, better food in the restaurant and more of a “special atmosphere”. I was very disappointed.

With a few tweaks this place could be amazing. I fear though that in the current climate they can sell these rooms five times over and so are not interested in constructive criticism or even return custom. Such a shame.

Show less
Trip type: Travelled as a couple
See all 1,707 reviews
Payments made by partners impact the order of prices displayed. Room types may vary.
Nearby Hotels 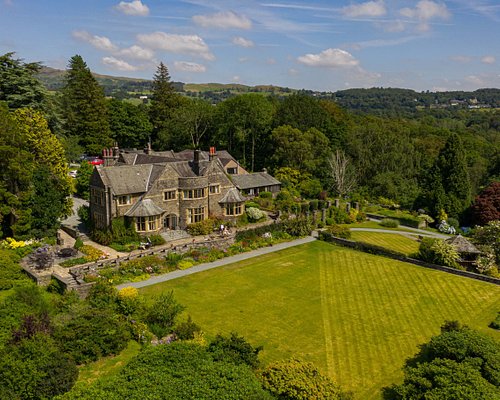 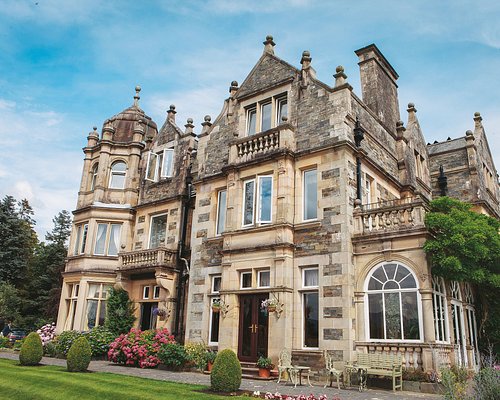 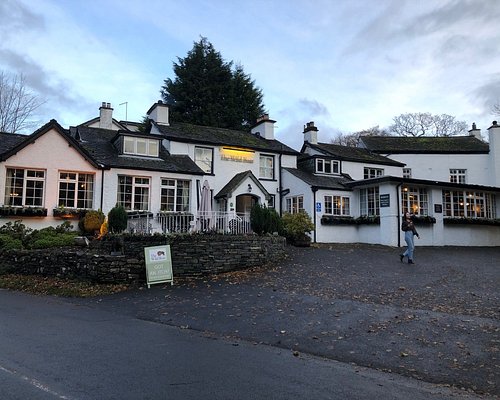 Breakfast included
The Wild Boar
US$267
Tripadvisor
View deal
Free cancellation
Reserve now, pay at stay
Expedia.com
Hotels.com
US$269
Booking.com
US$267
View all 18 deals from US$267
1,497 reviews
4.0 km from Applegarth Villa Hotel and Restaurant (Adult Only)

Taking safety measures
We compared the lowest prices from 18 websites
Kotel Windermere
US$234
Tripadvisor
View deal
Free cancellation
Pay up to 12X
Hotels.com
Booking.com
US$233
Expedia.com
US$234
View all 12 deals from US$233
63 reviews
0.6 km from Applegarth Villa Hotel and Restaurant (Adult Only)

Expedia.com
View deal
Free cancellation
Pay up to 12X
Hotels.com
US$107
Agoda.com
US$96
Travelocity
US$107
View all 13 deals from US$96
371 reviews
0.9 km from Applegarth Villa Hotel and Restaurant (Adult Only)
We compared the lowest prices from 13 websites
Breakfast included
The Elleray Rooms

This was the first time at the Applegarth with high expectations that may have been too high. Personally, it was a bit of a homecoming as I was born in Cumbria. We had booked for a three night stay.

It is true to say that the room itself met our requirements although taking the lid off the hot tub was a challenge. But we felt that the hotel fell far short in other areas, particularly bearing in mind the room rates.

Firstly, the overall service was lacking. For example, upon arrival, we parked in the car park and telephoned to notify our arrival( as directed for Covid reasons). The response was that they were ready for us. There was no offer to help with suitcases but rather, we had to make a number of journeys up a very steep slope from the car park and then up a long flight of stairs to our room ( no lift). I would expected some assistance as a basic service.

Most of the time, the reception desk wasn’t even manned. Expecting customers to ring bells would be more likely in a basic guesthouse to get some attention.

Upon checking in, we were told rather too curtly, that there was an outstanding balance as if I had been remiss. This was not outstanding but we were told that we had to pay, in full, upfront and not upon departure.

The overall standard of food at both dinner and breakfast was very average. The breakfast menu seems to lack dishes that would generally appear in a luxury establishment. On the last morning, our poached eggs were under cooked. They were left on the plate and we were not even asked why.

Trying to make a dinner reservation was not easy. Seemingly, we were told there were no tables on the last evening of our stay as the individual thought we were non residents!

And a rather small detail, but the staff did not exactly dress for a smart establishment.

It was a rather disappointing stay.

This review is the subjective opinion of a Tripadvisor member and not of TripAdvisor LLC.
Sm0
Lancashire, United Kingdom
222147
Reviewed 4 weeks ago via mobile
Fab stay

This was our second time at this hotel, and we were not disappointed. We treated ourselves to room 2. Tastefully decorated, large room with great view and fabulous spa Bath, not to forget the large round bed. All very clean, great service and a good choice for breakfast. Location great to park up and enjoy Windermere and Bowness.

This review is the subjective opinion of a Tripadvisor member and not of TripAdvisor LLC.
janebabe
barnsley
4110
Reviewed 15 August 2021 via mobile
Late 50th birthday

Another lovely time at Applegarth. Our favourite hotel in the lakes. Always make you feel welcome. Had a outstanding renovation while been in lock down.
Meals are always beautifully presented and taste lovely.
Lovely bar area to relax and enjoy a cheeky drink or two.
Very central to the heart of the lakes.

This review is the subjective opinion of a Tripadvisor member and not of TripAdvisor LLC.
staceyc4ysr
1
Reviewed 15 August 2021 via mobile
Mini Moon

We visited Applegarth Villa Hotel in Windermere for our ‘Mini Moon’. The hotel was beautiful, clean and central for the local bars and shops. The staff were amazing, friendly and very helpful, we will definitely be going back and would highly recommend it to anyone else.

Many thanks for a perfect weekend.
Dave and Stacey Cayzer

This review is the subjective opinion of a Tripadvisor member and not of TripAdvisor LLC.
emzzie340
Merseyside, United Kingdom
3
Reviewed 14 August 2021
Belated 40th Celebrations

WOW! AMAZING! FANTASTIC! Just some of the words to describe the adult only hotel and our stay.
The owners and staff are so lovely and helpful and go above and beyond to make you feel welcome.
We stayed in room 1 suite, luxurious is a great word to describe it.
We didn’t use the restaurant on an evening but did for breakfast.
The breakfast menu has so much choice and everything is cooked to order and tastes delicious.

If there is ever a place to stay in Windermere then Applegarth Villa is the place!

This review is the subjective opinion of a Tripadvisor member and not of TripAdvisor LLC.
View more reviews
PreviousNext
1…345…
<script type='text/javascript' c