The Falstaff Hotel, Canterbury
The Falstaff Hotel, Canterbury
3 people are viewing this hotel
Lock in the lowest price from these sites
US$109
Free cancellation until 01/10/21
View deal
Expedia.comUS$115
Hotels.comUS$115
Official SiteUS$115
PricelineUS$115
Trip.comUS$109
eDreamsUS$109
View all 17 deals
Prices are provided by our partners, and reflect total costs of the stay, including all taxes and fees known to our partners. Please see our partners for more details.
Payments made by partners impact the order of prices displayed. Room types may vary.
Simon R
Corsham, United Kingdom
2

Review of The Falstaff Hotel, Canterbury
Reviewed 4 weeks ago

Our room, a junior suite, was lovely and spacious, and the bed was comfy. The bathroom was fine, although as the fan was broken it became a sauna guide quickly.
Our main issue was that despite asking for dietary requirement on booking, confirming them with us at check-in and us receiving multiple emails between check-in and breakfast about our breakfast reservation, when we finally sat down to eat we found that there were no vegan options available. After some back and forth between the waiting staff and the kitchen someone was sent to buy a vegan yoghurt and a check with the chef revealed that the mushrooms could be cooked in vegan butter. So, after nearly 45 minutes we were able to eat.
My complaint to the manager was scribbled on the bottom of his jotted and I was not at all reassured that he thought anything more than ‘hey ho, these things happen’. They do. But having asked, confirmed and advertised the availability of a vegan breakfast , not to have provided one is very poor. More

Dear Siomon R - Thank you for your feedback and we appreciate it. We will review the fan and make sure it is replaced. We are reviewing the training for the team on that morning, as there are options for Vegans, especially cooked, so it is disappointing we did not provide the options and service better. We are looking at additional options as we always want to improve on our service. We hope to see you on a return visit and we can provide the breakfast of preference. Kind regards, Miles S

Report response as inappropriateThank you. We appreciate your input.
This response is the subjective opinion of the management representative and not of TripAdvisor LLC
See all 1,684 reviews
Payments made by partners impact the order of prices displayed. Room types may vary.
Nearby Hotels 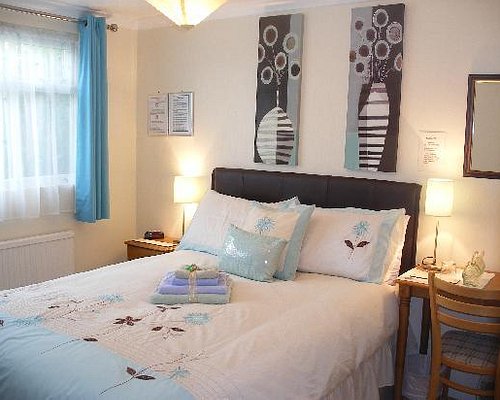 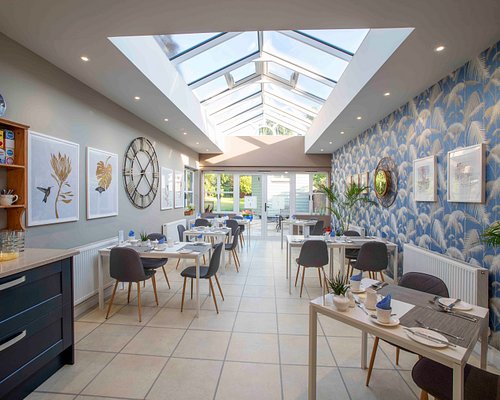 Breakfast included
Yorke Lodge Bed and Breakfast
US$206
Tripadvisor
View deal
Free cancellation
Pay up to 12X
Expedia.com
Hotels.com
US$206
Travelocity
US$206
View all 11 deals from US$206
285 reviews
0.6 km from The Falstaff Hotel, Canterbury
We compared the lowest prices from 11 websites 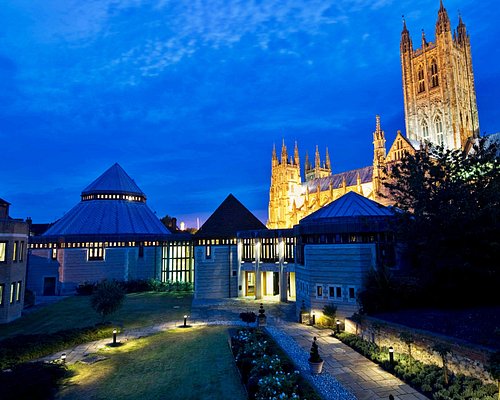 Taking safety measures
We compared the lowest prices from 14 websites
Breakfast included
Cathedral Gate Hotel
US$120
Booking.com
View deal
Free cancellation
Expedia.com
US$121
Hotels.com
US$121
Priceline
US$120
View all 16 deals from US$120
610 reviews
0.5 km from The Falstaff Hotel, Canterbury

Easy walking distant to cathedral, shops, restaurants, pubs. Friendly staff at the hotel, car park was busy but managed to get a space. They were having some renovation to the front of the building when we stayed, but it did not interfere with our stay. The only thing that we would say that could be improved on was the breakfast, the sausages were not good, and yet there is a fab butchers in the high st!

Dear debattravel - Thank you for your review. We are just rendering the front of the hotel, so there is no major works to inside of the hotel, it will not effect any of the rooms during their stay. We will contact our butcher concerning the sausages as they had to change them for a week, due to high demand. I'm sorry for any inconvenience. Thank you and kind regards, Mile S

Report response as inappropriateThank you. We appreciate your input.
This response is the subjective opinion of the management representative and not of TripAdvisor LLC
William T
Warrington, United Kingdom
5024
Reviewed 4 weeks ago
A perfect base to explore Canterbury

Large comfortable rooms, excellent plumbing, friendly staff and it has parking. Very clean and the rooms are well maintained. Good breakfast in the morning and a pleasant bar for the evenings. Easy to find and close to many good restaurants.

Dear William T - Thank you for the lovely feedback and we are delighted that you enjoyed your overall stay. Thank you and kind regards, Miles S

Report response as inappropriateThank you. We appreciate your input.
This response is the subjective opinion of the management representative and not of TripAdvisor LLC
Sindy D
London, United Kingdom
2010
Reviewed 4 weeks ago
Wow!!!

We visited the Falstaff 18h august 2021,as soon as we stepped through the doors we were greeted with a welcoming smile,shown where the car park was .Our room was a classic room and we wasn't disappointed,a lovely 4 poster bed,lovely furniture oh and the pillows.....your head just sank and was enveloped in comfort.The breakfast was worth the £10 and then there was the cocktail bar,well what can I say there were a few consumed and enjoyed watching them being made.We will definitely be returning to this gem of a place

This review is the subjective opinion of a Tripadvisor member and not of TripAdvisor LLC.
kateclark2016
Rothwell, United Kingdom
84
Reviewed 4 weeks ago
Falstaff Hotel very central

The Falstaff Hotel is a stones throw from the town which has a wide choice of restaurants and bars. The car park is on a first come first served basis. Unfortunately it was full when we arrived but there is a car park directly opposite which we used for one night and the next day we were able to park in the hotel car park. We didn’t stay in the actual hotel but were taken to a separate building. We had a cozy double which was small but ideal for a couple of nights stay. The shower was amazing!!! The rooms are a bit tired and could maybe do with a lick of paint here and there but they were ok. The bed was very comfortable and we slept very well. The staff are very friendly. The breakfast has a good choice and was very nice. They are very accommodating if you want something else other than what the menu has to offer. The bar is fantastic with a huge range of drinks to choose from and the cocktails are delicious. Overall a really pleasant stay and we would definitely stay there again

This review is the subjective opinion of a Tripadvisor member and not of TripAdvisor LLC.
whamp
London, United Kingdom
113
Reviewed 4 weeks ago
Great room & location

Opted for the Superior room with green walls, the bed does take up most of the room but is otherwise homely. There is a bar just outside the building from which you can hear the chatter of people in the evening, with the windows shut it wasn't a huge issue. I found the room to be clean and tidy, the staff friendly and a great central location for a short walk to the train stations or local wander.

This review is the subjective opinion of a Tripadvisor member and not of TripAdvisor LLC.
View more reviews
PreviousNext
1…789…