'The Big House', all to yourself! - The Gothic Mansion

Review of The Gothic Mansion 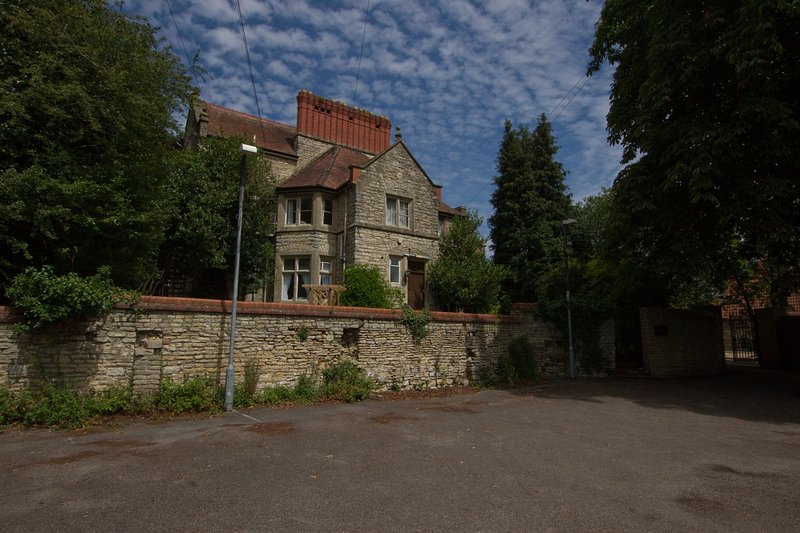 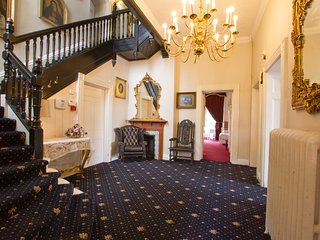 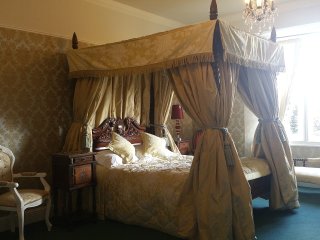 Very good - based on 62 reviews
Write a Review

We stayed at The Gothic Mansion for a birthday, and it was an utter delight! From the start, everything was clean and ready-to-use, from the more than adequate kitchen utensils to the games and random selection of DVDs in the sitting room. It's like having an entire hotel to yourself, or being in an episode of Inspector Morse (every time I walked down those grand stairs I imagined I was the snooty rich lady who's hiding something ;) )
The bedrooms all differ greatly, which makes it fun to choose your own, and the owner has spent some time restoring the house from its previous use as an orphanage - she's already done a lot, with beautiful original furniture sourced from all over Bristol and the UK in most of the rooms and some gorgeous new bathrooms (including a hot tub!). Even though we didn't need all of the rooms, every bed was made up with spotless linens. (My boyfriend and I had the four-poster and it had proper sheets and blanket and coverlet, not just a duvet chucked on top - such attention to detail! I don't really know how she does it all herself.)
We had a fab time and cooked massive breakfasts and dinners in the huge kitchen, ate at the the huge dining tables, played foosball in the second lounge, sat out in the garden and played on the swing, and went on a ghost hunt! (No ghosts - we played pool and darts in the cellar instead). We really tried to make the most of it, which was easy as we weren't using it as a base to see the city, just to relax.
This isn't some bland hotel with tons of money thrown at it to be perfect by a conglomerate: this is a sympathetic, ongoing renovation by a private owner, with tons of charm and thought put in, and is absolutely great for parties! I'd recommend it for large parties that fancy somewhere homely with a bit of luxury thrown in.

Date of stay: August 2014
Travelling group: Friends
Your age range 25-34
Would you recommend this hotel to a friend?   Yes.
Was this review helpful? Yes
This review is the subjective opinion of a TripAdvisor member and not of TripAdvisor LLC
Problem with this review? Thank you. We appreciate your input.

Incredible ! We had the run of this amazing mansion and were able to bid farewell to a dear friend leaving these shores for adventures abroad, in some style.
The place is extraordinary and unique.
Also as we sat in the beautiful garden balloons started floating over , talk about serendipity! Highly Recommended.

Date of stay: August 2014
Was this review helpful? Yes
This review is the subjective opinion of a TripAdvisor member and not of TripAdvisor LLC
Problem with this review? Thank you. We appreciate your input.

I booked The Gothic Mansion for a family gathering back in may (19 of us). when we arrived we were greeted with lovely size bedrooms, kitchen with full facilities and a Jacuzzi. (made my day)
I must say we were very at home here and sad to leave as it was like home from home only a lot bigger and cosier. the owners were very helpful in letting us know of places to eat out e.t.c as we are not from Bristol but their knowledge was great and instead of wondering should we go here or not, we were able to go there knowing it had been tried and tested.
And I must say , getting the king size bed was a bonus, lovely deep sleep is something I don't get very often but defiantly did get whilst I was staying here. overall I was very impressed.

Date of stay: June 2014
Liked best: jacuzzu
Liked least: nothing
Travelling group: Extended Family
Your age range 25-34
Would you recommend this hotel to a friend?   Yes.
Recommended for:
Was this review helpful? Yes
This review is the subjective opinion of a TripAdvisor member and not of TripAdvisor LLC
Problem with this review? Thank you. We appreciate your input.

I booked the mansion with other familes coming for a reunion weekend.
we meet up every year in a different location and had scoured the internet for a large property, which was child and dog friendly.
The house was huge and offered alot of facitilites, especially for the young ones in our group.
we very much enjoyed the new bathrooms, especially the jacuzzi,.
i dont think i have ever seen a bathroom that nice even in the 5 star hotels!
we found the owners to be very weelcoming and extremely accommodating
we would return to this property again and can recommend it to anyone !!!

Date of stay: June 2014
Travelling group: Extended Family
Would you recommend this hotel to a friend?   Yes.
Was this review helpful? Yes
This review is the subjective opinion of a TripAdvisor member and not of TripAdvisor LLC
Problem with this review? Thank you. We appreciate your input.

3 helpful votes
“Quite literally a mansion to ourselves for the weekend. Fantastic!”
Reviewed 3 July 2014 for a stay in June 2014
3
people found this review helpful

I recently organised a party for a large group of about 50 people at this place. Needless to say I was astonished. The building itself is absolutely beautiful both inside and out. Given the price I was expecting it to be quite modestly furnished. How wrong I was! This place is quite literally a mansion, very stylish, no doubt about it. The rooms are huge. Everything worked perfectly and the owners were lovely. Everyone had an amazing time. The only downside was the fact that they had neighbours who were very sensitive about the noise levels. This meant that we couldn't have anyone in the back garden after 10.30 and had to be mindful of keeping the windows shut. We also had issues regarding the music. It doesn't mention this on the website (though they might have updated it since) but you can't use PA equipment in the house. So whatever you do, do not book this place if that's the sort of party you intend on having. If, however, it isn't then you're good to go.

The owners were very friendly and accommodating. The kitchen was well equipped. We didn't run out of hot water at any point despite spending hours in the hot tub. All in all, everyone was very impressed. I highly recommend this place.

Date of stay: June 2014
Liked best: Hot Tub!
Travelling group: Large Group
Your age range 25-34
Would you recommend this hotel to a friend?   Yes.
Recommended for:
Was this review helpful? Yes
This review is the subjective opinion of a TripAdvisor member and not of TripAdvisor LLC
Problem with this review? Thank you. We appreciate your input.
Previous Next
1 … 5 6 7 8 9 … 13
Updating list...
Do you own a holiday rental? List it here.

Looking for a place to stay in Bristol?
View all 142 holiday rentals