Worst place ever run away from this... - Pontin's Camber Sands Centre

Priceline
ZenHotels.com
Agoda.com
View all 7 deals
Prices are provided by our partners for one room, with variable occupancy rules as provided by the property, and reflect total costs of the stay, including all taxes and fees known to our partners. Please see our partners for more details.
Payments made by partners impact the order of prices displayed. Room types may vary.
Sidlittle987
41

Worst place ever run away from this place

If only I had read the reviews first before booking .place is a hell hole took a hour to check in and took me ten minutes to check out this place needs to be knocked down looks like some kind prison camp from 1950s, stained beds dirty apartments curtains hanging down windows haven't been cleaned in years and the whole place outside smelled of weed .so run for your life and never turn back how anyone would be proud to manage this place is beyond me safe to say we had it on our toes and we will never go back .pontins all I can say Shame on you for taking people's money because to me this is some kind of con making money scamMore

Show less
Trip type: Travelled as a couple
See all 5,011 reviews
Payments made by partners impact the order of prices displayed. Room types may vary.
Nearby Hotels Breakfast included
The Gallivant
US$509
Tripadvisor
View deal
Free cancellation
Pay up to 12X
Hotels.com
Expedia.com
US$509
eDreams
US$508
View all 14 deals from US$508
2,058 reviews
0.7 km from Pontin's Camber Sands Centre

Taking safety measures
We compared the lowest prices from 14 websites 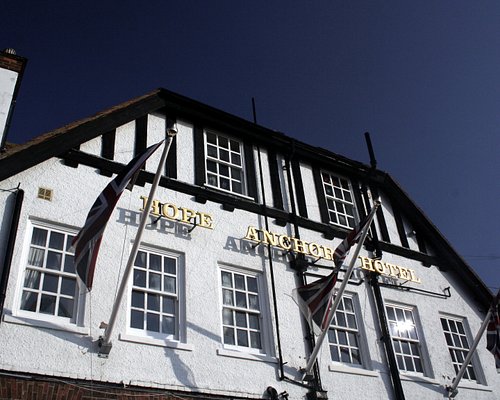 How the HELL has THIS place NOT been demolished yet? … I REALLY DON’T KNOW?????

AWFUL AWFUL AWFUL And THAT is being “KIND” … I have NEVER stayed anywhere SOOOOO bad in ALL my life!!!
And they have the AUDACITY to call it a “Holiday Camp” PMFSL it’s MORE like a BLOODY “Prison Camp” if you ask me … It is certainly NOT far off it THAT’S for sure!!!

The rooms are DISGUSTING … The light KEPT flickering on and off, the Toilet Door DIDN’T even shut properly, the curtain rail broke as soon as we pulled the curtains, the sofa-bed was hard and lumpy, same as the Bed, the cupboards were falling apart and the fridge door WOULDN’T even close PROPERLY!!! And to “TOP IT ALL OFF” … The “Clientele” well, let’s just say there is A LOT to be desired there … Noisey, bad-mouthed, playing VERY loud Music until the EARLY hours of the morning, smoking Cannabis, and especially with little kids around … Just TOTAL AND UTTER disrespect for EVERYONE-ELSE around them … BUT I guess THAT’S the sort of people they attract!!!

The Restaurant down by the “Entertainment” (IF you can “ACTUALLY CALL IT THAT” … Queues of people and ONLY ONE person serving … So in-turn VERY long waits … NOT to mention EXTREMELYYYYY overpriced!!! And THIS is just to name but “A FEW”

EITHER throw a good MILLION at it to sort it the F*CK out OR demolish it … SIMPLE AS!!!

(Although in ALL honesty I DON’T even think THAT throwing a MILLION at it would be ENOUGH!!!)

VERY disappointed!!! and will certainly NEVER EVER be returning!!!

This review is the subjective opinion of a Tripadvisor member and not of TripAdvisor LLC.
HNW90
1
Reviewed 3 weeks ago
Do not go!

Despite reading the reviews, we thought we would give it the benefit of the doubt seeing as it was a cheap sun holiday. How wrong were we!!
Arrived at 2.30 Friday, check in was at 4 so we started queing at 3.30, finally checked in at 5.30.... stupidly long queue just to check in. Arrived at our chalet, cleaning was basic, very out dated style and the fire alarm was hanging off the ceiling.
If you enjoy queuing then this is the place for you!! Spent 2 hours Friday and Saturday queuing for swimming to be told before we got to the hut that it was fully booked both times.
Paid for food in the restaurant and when we got to it (after queuing!) There was no food, asked when more was coming out, to be told there wasn't going to be. So a plate of chips each it was.
No cutlery, having to pick your own out of a washing up tray and clean it yourself and wipe down wet trys. Also no pudding when we got there either.
Had a lovely wake up at 1.30am for an hour with people arguing, shouting and fighting etc. Teddy and Levi thanks for stealing our chair and using it as a weapon, could have brought it back! Your girlfriends felt protected though!
On a serious note we paid for another ferry (we live on the Isle of wight) and went home a day early as couldn't stand it anymore. Didn't feel safe, hungry and bored of queuing for everything. Even had to que from the other end of a large shop for half hour just to pay.
Seriously under staffed but the staff that were there (some) had great customer service and a smile. Entertainment was great, well done entertainment team.
Would be better closing it all down, doing the chalets up and housing the homeless.
The whole place is so run down and dangerous, I'm shocked it hasn't been closed down already just on health and safety.

This review is the subjective opinion of a Tripadvisor member and not of TripAdvisor LLC.
Amy B
53
Reviewed 3 weeks ago via mobile
Most disgusting place I've ever had the displeasure of going to.

The most disgusting place I have ever stayed in my entire life. The place should have been shut down a long time ago. Disgraceful that they can still be in operation.
Went with the family for a short break...got to the room and the toilet was broken, urine all over the place, window in the bathroom was smashed. Rooms hadn't been cleaned, bins still full and mouldy food in the fridge. Had to queue for over an hour to make a complaint and speak to someone about moving rooms - which didn't happen. 3 days later is when they sent someone to board up the broken window and we had to clean the rooms ourselves. Was the most disgusting place I've ever been - please for the love of God, if you're thinking about going here, just don't!

This review is the subjective opinion of a Tripadvisor member and not of TripAdvisor LLC.
stephanietV1831UF
Stanford-Le-Hope, United Kingdom
31
Reviewed 3 weeks ago
Avoid! The place should be shut down

Arrived on the Friday at check-in time and the queue was ridiculous, we had upgraded to club and it seems the only thing that was beneficial was the speedy check-in as we missed a queue. Our accommodation was supposed to be more superior to the standard but there is no difference whatsoever so not sure what we upgraded for.The cleanliness was massively lacking. I had a one-year-old with me and refused to put her on the floor it was so dirty are used the wipes to clean the floor and they were black. The sofa was sticky.There was hairs left in the shower. The cooker was dirty. There was spiderwebs and spiders on all the doors and windows. The toilet hadn’t been cleaned properly. The windows have not been cleaned for years (probably since it opened in 1968!). We also discovered the previous guests had cling filmed the smoke alarm So they could probably smoke drugs inside. There was a strong smell of drugs around the camp. Kids were left to their own devices. Some holiday goers really noisy playing music till really late. Would not be returning ever!! AVOID AVOID AVOID!!

This review is the subjective opinion of a Tripadvisor member and not of TripAdvisor LLC.
scannellsf
13
Reviewed 3 weeks ago via mobile
Stay away.

I am writing this on my journey home from what was meant to be a 3 night break away. I arrived in camber sands early morning on Friday and decided to spend the day at the beach.
The beach is beautiful and myself and my family had a wonderful day until we arrived at pontins. I had booked the break through sun holidays and have always had lovely breaks away with them so was hoping that the reviews I had read about pontins were people just being a bit fussy about a cheap break away. I was wrong. It is a mess. Booking in took forever and when we finally got to our chalet we were greeted at the door by q pile of rubbish all open and containing dirty nappies. Lovely! I went to reception immediately and showed the manager a picture of the mess and looking unbothered she told me she would get somebody to clean it when she could. The rubbish was still there when we left.The chalet itself is very dated and I had to clean it before I could unpack anything.

Everything in the park is tired and in need of updating. Walking around there is a strong smell of drugs and children being left to look after themselves whilst their parents drink.

Trying to make the best of a bad situation we booked dinner as far away as possible and stayed out as late as we could. We returned around 10.30pm and all seemed quiet until the other holiday goers returned from their nights partying. Luckily my kids are heavy sleepers but I am not. I stayed awake for most of the night listening to their partying and fighting until they decided party time was over at around 3.30. I was also quite worried about the flimsy lock on the door between us and them.

We got up today put our keys in the box and left. Not wanting to endure another night . If your looking for a nice family break away I would give it a miss.

This review is the subjective opinion of a Tripadvisor member and not of TripAdvisor LLC.
View more reviews
PreviousNext
1…101112…
<script type='text/javascript' crossorigin='anonymous' async onerror='__scriptLoadError(this,true);' src='https://stat