What Reefton does best - Dawsons Hotel

US$78
Free cancellation until 10/12/21
View deal
Booking.comUS$78
eDreamsUS$78
FindHotelUS$78
Agoda.comUS$78
TripadvisorUS$78
Prices are provided by our partners, and reflect total costs of the stay, including all taxes and fees known to our partners. Please see our partners for more details.
Payments made by partners impact the order of prices displayed. Room types may vary.
Stewart G
Wells, United Kingdom
270161

What Reefton does best

Refton is a 'one off'. The first place to have electricity in New Zealand probably hasn't changed much since the first switch was flicked, but why would it? The town is just fine as it is, and Dawson's i a good place to sit aswhile and soak in the atmosphere of what feels like a Wild West town, with the occassional truck going through.

See all 26 reviews
Payments made by partners impact the order of prices displayed. Room types may vary.
Nearby Hotels 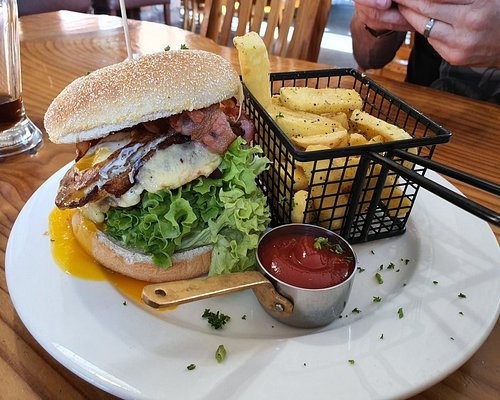 Expedia.com
View deal
Orbitz.com
Trip.com
US$91
Travelocity
View all 11 deals from US$91
195 reviews
0.1 km from Dawsons Hotel
We compared the lowest prices from 11 websites 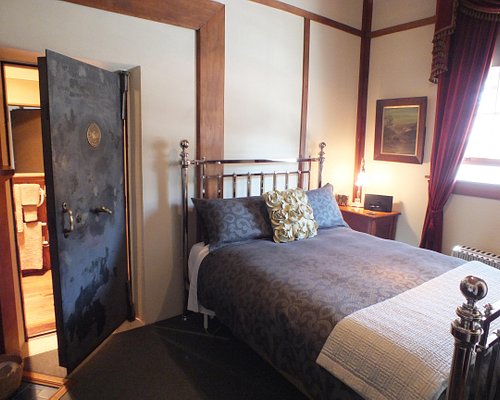 Hotels.com
View deal
Orbitz.com
Agoda.com
US$45
Travelocity
View all 12 deals from US$45
42 reviews
0.3 km from Dawsons Hotel
We compared the lowest prices from 12 websites
Quartz Lodge

Passing through Reefton is a common occurence and we decided to stop at the Dawsons. It was warm and cozy which was so nice as it was freezing and raining. I ordered the lamb shank. R ordered a burger. The lamb was absolutely delish and the burger wasn't bad at all. Definitely recommend it for a meal. It got quite busy while we were there... will most certainly go back.

This review is the subjective opinion of a Tripadvisor member and not of TripAdvisor LLC.
Sweetings91
Christchurch, New Zealand
21
Reviewed 21 April 2019 via mobile
Lunch

Amazing lunch on Easter Sunday! We ordered the Cajun chicken salad and the alfredo pasta.
Fantastic venue, service and food!
Would highly recommend stopping here for lunch if you’re stopping by. Really central and affordable too!

This review is the subjective opinion of a Tripadvisor member and not of TripAdvisor LLC.
morrison303
Auckland Central, New Zealand
113
Reviewed 16 April 2019 via mobile
A good option for dinner in Reefton

Not a lot of restaurants to choose from in the lovely historic town of Reefton but we chose to eat here going on previous reviews. Our choices of fish and chips, rib eye steak and chicken burger were all great. Friendly, laid back, typical kiwi small town pub experience.

We’d driven over to Reefton that afternoon following SH7 through the Lewis Pass from Waikari; a pleasant run through dense forests once we’d crossed into Westland from Canterbury. Reefton is a gem of a traditional 19th century township and has the distinction of being the first place in New Zealand to have electrical street lighting – in 1888 = some reports extend this to the entire southern hemisphere – where, of course, there’s only 30% of the land and 10% of the people on the planet. Innovative pioneers then.
Dawsons is down the main commercial strip on the right; name across the front of the single-story building behind a monument of three coal trucks and a copy of one of the original first street lamps. Walk out of Dawson’s and you’re in the main/historical town either side of Broadway – cafes, supermarkets (2), restaurants, places of interest and town trails. Lots of information boards available describing the town, the early settlers and their effort to establish a viable community across the main divide from Christchurch – mining, farming, timber, forestry, land-clearing; bandits too.
Dawsons features traditional style weatherboard building with seating out front and a series of motel units at the rear. Parking in between, and reception in the main building. Check-in was instant and we were in unit #2 within five minutes of parking.
Motel units were in a rectangle facing into a small central garden area planted with natives. There might have been 20 or more units (but #19 was the highest number seen). There’s also a laundry room with equipment that was coin operated.
The room was compact – dominated by a double bed (and there’s also a single bed) with shuffle space around in between once we'd spread out; small fridge, table and tea/coffee-making equipment, small wall-mounted tv. Bed was comfortable. The ensuite was at the rear of the room and contained a separate toilet. Shower with plentiful hot water.
Wifi was available in the main buildings. Code pinned to the bar above reception. Wifi worked fine. We found a space to work in the empty dining room and later ordered our evening meal and shifted further down the table to enjoy it in the same place – leaving the laptop set up. We had been informed that the kitchen shut for 20.30.
Shared an enjoyable plate ‘Cajun Chicken Salad’ mixed greens, red onions, couscous, nuts, olives, cheese, etc. with garlic bread and chips as sides. Meal well-presented and more than adequate for two. Fresh water available at the bar – help yourself. The meal cost NZ$32.
We were there for Saturday evening – and that’s ‘What about popping down to Dawsons Time’. The main bar/seating outside was heaving; the point being, you needed to have your meal ordered/prepared before the others …. or you’ll have to wait. We had around 10 in the queue before us mid-evening and waited 40 minutes to eat.
No issue, however, we were already in place, and eventually had the dining room to ourselves for our meal. The others were eating in the main bar, outside or in the television room – watching footie.
Issues? Issues are a frame of mind - couple of minor ones - the miniscule wall mirror in the ensuite requires a step-ladder for the ‘height challenged’, and the curtain in the unit was beyond its ‘sell-by date’. Old, barely covered the window/door and did not have a stopper one end of the runner – so kept falling off. Place could be noisy when full. We counted three units occupied and the place was …. quiet/peaceful. Pleasure.
Early departure/any departure – leave the key in the door and go (if you’ve paid earlier).
Our stay cost NZ$100/night. Good value for current-day New Zealand.
Here’s an additional experience too. Leaving the dining room after our meal that evening, the fire siren started up somewhere close to the hotel – the piercing rise and fall of the wailing calling the volunteer firemen to their station (and reminiscent of a WW2 news-reel/movie with the Luftwaffe approaching London); outside in the dark with nothing moving on the street, there was this eerie sense of unknown forces at work.

Room tip: All units are at the rear of the hotel - away from the bar, restaurant, road, etc.
Ask Peter S about Dawsons Hotel
Thank Peter S

This review is the subjective opinion of a Tripadvisor member and not of TripAdvisor LLC.
sala5000
Martinborough, New Zealand
16026
Reviewed 25 February 2019 via mobile
Basic motel

Basic price. Room was small but generally clean. The bed was comfortable. No microwave just electric jug and toaster.

The motel rooms are at the rear with parking at the rear of the hotel. So parking isn’t right outside your room.

This review is the subjective opinion of a Tripadvisor member and not of TripAdvisor LLC.
View more reviews
PreviousNext
123…
<script type='text/javascript' crossorigin='anonymous' async onerror='__scriptLoadError(this,true);' src='https: