Agoda.com
Prices are provided by our partners, and reflect total costs of the stay, including all taxes and fees known to our partners. Please see our partners for more details.
Payments made by partners impact the order of prices displayed. Room types may vary.
amdgriggs
Sheffield, United Kingdom
1150543

Straightforward Hostal, ideal for biking the Via Verde

We’ve just stayed here for one night and it’s been ideal for that - an unpretentious Hostal on the opposite side of the main road from the restaurant, cafe and shop in the fine old station building. The rooms are plain but big, the beds are firm, and there’s space downstairs near the old reception where you can store bikes safely overnight. Charming it isn’t, though - the Hostal at least. The cafe and restaurant are a different thing altogether- really busy at lunchtime and offering an excellent menu del dia for 10 euros a head including a drink. I had a fine salmorejo followed by the most generous plate of tomato and mozzarella salad I’ve seen in a long time, with a small plate of chips, plus a glass of fresh orange juice - set me up nicely for a couple of hours cycling along the Via Verde on a very hot afternoon. Don’t forget to have a look around the station while you’re here - there’s a wealth of old railway rolling stock, station paraphernalia and more and they’re doing their best to create a quirky garden area on the other side of the track too.More

Show less
Trip type: Travelled as a couple
See all 12 reviews
Payments made by partners impact the order of prices displayed. Room types may vary.
Nearby Hotels 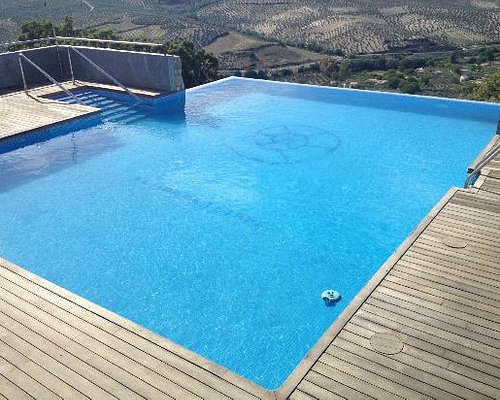 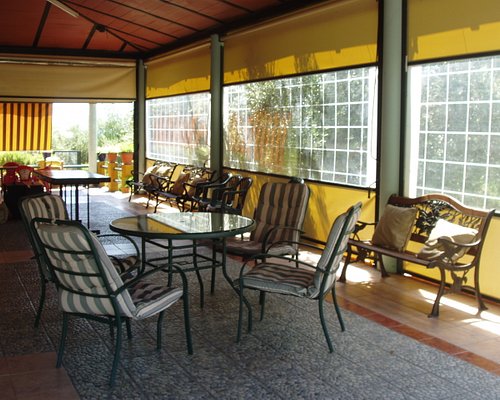 The hostal is opposite the bar. The bar restaurant offers cheap basic food but little heating for the cold weather.
The hostal seems unwelcoming with the door shutter half down and dark unlit reception.

Room was ok and clean but basic. Towels were frayed and grey. Shower curtain was a normal curtain which we found a little strange.

Room was freezing when we arrived. The air con/heater got the room to a reasonable temperature after 7 or 8 hours.

We stayed 2 nights and we did not have beds made or towels changed.

This review is the subjective opinion of a TripAdvisor member and not of TripAdvisor LLC
colind531
Denver, Colorado
82
Reviewed 16 February 2016
Good wayside stop, probably great in summer.

I stayed in Hostal Nicol's while taking a road trip around Spain. There was some sort of glitch with the map system on tripadvisor (now fixed), so I originally thought it was in Cordoba (city), but I won't hold that against them.

On the plus side, they were kind and pleasant people, and welcomed me in even though I arrived just before midnight. The water was hot, the beds were comfortable, the restaurant serves good food with local olive oil, and it looked like they have a little museum about olive oil production.

On the minus, the room just didn't get warm enough, even though the radiator was turned on full and I was sleeping right next to it. (This was in February.) Maybe if there had been more people in the hotel and more heat had been turned on it would have been fine, but I was a little cold. Worse, I had some work that I needed to get done while I was there, and the wifi service was too slow for me to do much on-line. It was ok for checking e-mail and sending a few messages, but it was really difficult manipulating files of any size. Also, it seemed like it might get a little noisy if there were lots of people staying there, especially if there were kids running around in the halls.

All in all, Hostal Nicol's seemed like it would make a lovely little stop around that part of Spain, crossing through the olive-growing region between Cordoba and Granada. However, I wouldn't recommend going during the winter or if you have anything important you need to accomplish online.

This review is the subjective opinion of a TripAdvisor member and not of TripAdvisor LLC
Derrick D
Solihull, United Kingdom
15685
Reviewed 14 February 2016
Old Railway station a welcome stop on a days tour

I really hope that this is the place where we stopped for half an our traveling from Cordoba to Grenada.
We only had cake and coffee, the cake was superb, but were enchanted by the family atmosphere and presence, as well as the sale techniques of the son straight out of Derek Trotters School of Sales.

The area at the back has a number of railway artifacts, long since passed in to disuse.

Right in the middle of Olive country - oh, there was an olive press and they sold all things to do with Olive Oil - the soap is wonderful.

This review is the subjective opinion of a TripAdvisor member and not of TripAdvisor LLC
sally t
Aylesbury, United Kingdom
193116
Reviewed 26 May 2015
An old station turned into a diner

We stopped here for lunch on a Cosmos tour; it's an old station - you can see the old ticket office and an antique railcar in the grounds. We sat outside and enjoyed the lunch which we'd pre-ordered through tour rep: sandwiches, salad, gazpacho, hake...
Hubby's sandwich got forgotten but arrived in the end. Those who didn't want to buy were allowed to eat own food in grounds.
There's an olive oil factory next door, and lots of their own products - olive soap, facecream, foods - on sale in shop, with an outgoing, market trader kind of guy on cash desk!