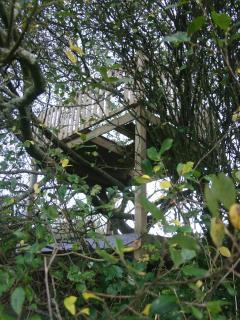 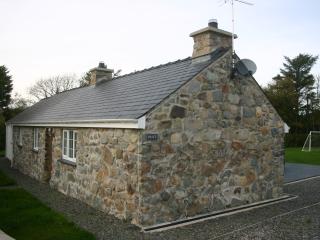 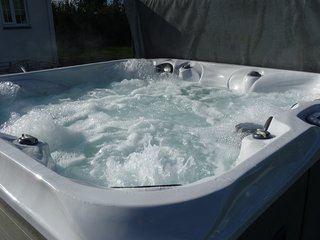 Excellent - based on 82 reviews
Write a Review

8 helpful votes
“"Amazing, outstanding, epic, magnificent cottage" as quoted by my nieces and nephew”
Reviewed 14 April 2016 for a stay in April 2016

Great location for us to explore the peninsula. Easy drive to Aberdaron. Visited Abersoch, Pwllheli, beaches, Plas yn Rhiw. The cottage was very well equipped. The hot tub and play station were a hit with the kids. Other garden games were available and were used too. The kitchen was lovely to sit in during the morning sun. The slate floor throughout the cottage was a great, hard wearing surface for the movements of 3 dogs and 3 kids.

It would be great if the garden was completely enclosed with a gate to keep the dogs in but the lane in front of the cottage was super quiet anyways so it didn't cause us a problem.

Date of stay: April 2016
Travelling group: Extended Family
Would you recommend this hotel to a friend?   Yes.
Was this review helpful? Yes
This review is the subjective opinion of a Tripadvisor member and not of TripAdvisor LLC.
Problem with this review? Thank you. We appreciate your input.

Just got back from a weekend in Pant, could not fault a single thing. The cottage itself is stunning, clean and had everything and more you could possible need for a break away. Cottage is set in a lovely quiet area, great place to let our boys run wild (in the garden) knowing they we're save & happy though a little muddy,. Thank goodness for the tiled floor!
We arrived on Friday & had the most chilled & relaxed weekend we could possibly have wished for everything you could possibly need was to hand.
We did not leave the cottage as the children were more than happy to play outside. The football goals, tree house & trampoline kept them entertained for hours. Once they had finished outside there were plenty of board games/DVDs & PS3 games to keep them happy. We will def be booking to stay here again.

Date of stay: January 2016
Liked best: Everything
Liked least: No complaints at all
Travelling group: Friends
Your age range 25-34
Would you recommend this hotel to a friend?   Yes.
Recommended for:
Was this review helpful? Yes
This review is the subjective opinion of a Tripadvisor member and not of TripAdvisor LLC.
Problem with this review? Thank you. We appreciate your input.

We came to Pant at the end of October. We had teenage children as well as a younger child and an elderly Grandad. The cottage had everything we could need and was spotlessly clean and had a nice home from home feel. The outside area was just what was needed for the football and the " secret " tree house. The children all loved the hot tub. The lights in it were a nice touch. Grandad enjoyed his morning walks down the country lane. The dining table was big enough for us to all sit around. The attic bedroom was most loved by our teenage daughter who would happily sit up there reading her books on the rare of rainy days. We went to the pub on Wednesday evening down the road in Sarn behind the pottery shop. We were made to feel very welcome. Our teenage boys were allowed in to watch the football. They even did the pub quiz in English for us. It was a lovely place to stay with nice people around. I would definitely stay again in the future.

Date of stay: October 2015
Liked best: The view to the garden from the kitchen
Liked least: Going home
Travelling group: Extended Family
Would you recommend this hotel to a friend?   Yes.
Recommended for:
Was this review helpful? Yes
This review is the subjective opinion of a Tripadvisor member and not of TripAdvisor LLC.
Problem with this review? Thank you. We appreciate your input.

The cottage is really nicely decorated, (although a little personal) and the grounds are lovely with a large garden and lots of garden furniture, hot tub etc. We paid the extra £50 for use of the hot tub but when we arrived the hot tub wasn’t on, there were flies everywhere, lots of stones in the bottom of it and scum around the side so we can only assume the filter wasn’t working properly. Once the hot tub warmed up hours later, it kept tripping. We eventually worked out it was the hot tub speakers so don’t use them.

The kitchen was well equipped, which was one of the reasons we opted for this property in particular as we are keen cooks, however be careful of the step that the log burner is on as a few of us tripped over it. Also, after we returned the owner messaged us about some tomato sauce on one the tea towels, so perhaps take your own with you so as to not upset the owner.

The cottage is equipped with wifi which is great and a cool music system. However, the description says that there is a Playstation, plenty of DVDs and satellite TV so we didn’t bring any films or means of playing them. But there was only Freeview and the Playstation required an update so would not recognise the DVDs. When we asked the owner for the password so we could update the Playstation to use it, he wasn’t prepared to give it to us.

The cottage was in a nice quiet location and not too far for trips to the beach and Abersoch. However, I would not recommend it as, the owner was quite rude after we had returned; he called us to accuse us of losing a sofa cushion despite it being on the sofa; and didn’t return our deposit for nearly two weeks, despite us doing a thorough clean before we left.

Date of stay: October 2015
Travelling group: Friends
Would you recommend this hotel to a friend?   No.
Was this review helpful? Yes
This review is the subjective opinion of a Tripadvisor member and not of TripAdvisor LLC.
After over 40 bookings and 15 reviews on TripAdvisor, this is the first negative feedback the cottage has received.
- The guests did contact me to say they were having trouble using the Playstation and asked for the administrator password. I explained that I could not give it to them because it would give them access to my bank account. I texted to apologise for the problems they were having and they texted back to say they had worked out what they were doing wrong and that everything was working and they were able to watch DVDs and films on Netflix.
- They did also contact me to say the hot tub had "tripped" and turned off. Within 10 minutes I had arranged for an electrician to visit the property the next day but they texted me back to say everything was working fine and that I should cancel the electrician. They said water had got into the iPod dock for the speakers.
- The review says there is only Freeview. This is not true. There is a satellite dish and a Humax Freesat box at the property which gives access to 200+ channels.
- The review says the cottage is "a little personal". The only personal item in the cottage that I can think of is a picture of my children on the lounge wall.
- The review says the hot tub was dirty. I spoke with the cleaner and she insists that it was clean prior to the guests arrival; the guests never mentioned the cleanliness of the hot tub on the two occasions that I spoke with them during their stay, and it was clean when I visited the property with my family the weekend after they stayed. Nonetheless, I did strip down the hot tub, changed the filters and gave it a deep clean the week after they departed.

I suspect the real reason for this negative review is as follows:
- The guests departed on Mon 12th Oct and on Tue 13th the cleaner contacted me to say the cottage had been left untidy and dirty, furniture was out of place, there was glass on the kitchen floor, three tea towels had been stained and needed replacing, a bolster cushion was missing from the sofa and mops and brushes had been strategically positioned around the house to make it look as if the guests had cleaned up after themselves.
- I travelled to Wales on Sat 17th Oct and met with the cleaner. By this time the house had been cleaned so I have no way of knowing the true state the house was left in by the guests. However given that this is the first time in over 40 changeovers that the cleaner had said something like this, I felt I should believe her.
- I contacted the guest about the missing cushion and she said she didn't know anything about it. I later found it buried inside the sofa bed.
- I texted the guest to say I was disappointed with the state the cottage had been left in but because nothing major had been broken, I would refund the deposit in full
- I refunded the deposit in full on Tue 20th Oct, 10 days after the guest departed (and so within the 10 day window advised by TripAdvisor)
This response is the subjective opinion of the management representative and not of TripAdvisor LLC
Problem with this review? Thank you. We appreciate your input.

4 reviews
“Great house and hot tub in outstanding location.”
Reviewed 16 August 2015 for a stay in August 2015

House is furnished to high standard, no clutter, no naff ornaments, etc. Hot tub was a great hit with the family and the children enjoyed the trampoline and tree house.

House is very warm, well insulated. Could not hear a thing indoors.

Explore the beeches, they are great

Date of stay: August 2015
Liked best: The uncluttered feel to the property
Liked least: Dryer did not work
Travelling group: Extended Family
Would you recommend this hotel to a friend?   Yes.
Recommended for:
Was this review helpful? Yes
This review is the subjective opinion of a Tripadvisor member and not of TripAdvisor LLC.
Problem with this review? Thank you. We appreciate your input.
Previous Next
1 … 11 12 13 14 15 …
Updating list...
Still can't find what you're looking for?

Looking for a place to stay in Aberdaron?
View all 74 holiday rentals