US$96
View deal
Free cancellation until 24/04/21
Reserve now, pay at stay
Booking.comUS$96
CheapTicketsUS$96
eDreamsUS$96
View all 14 deals
Prices are provided by our partners, and reflect total costs of the stay, including all taxes and fees known to our partners. Please see our partners for more details.
Payments made by partners impact the order of prices displayed. Room types may vary.
Rochyharvey
1

My husband and I stayed here on Sunday night and enjoyed every minute of it! We found the motel lovely and clean with all the amenities you needed. The owners were absolutely lovely and very accommodating.
This motel with a railway behind and on the main road was very quiet and we had a lovely night!
We would highly recommend this motel and would stay again in a heart beat!

Trip type: Travelled as a couple
See all 63 reviews
Payments made by partners impact the order of prices displayed. Room types may vary.
Nearby Hotels 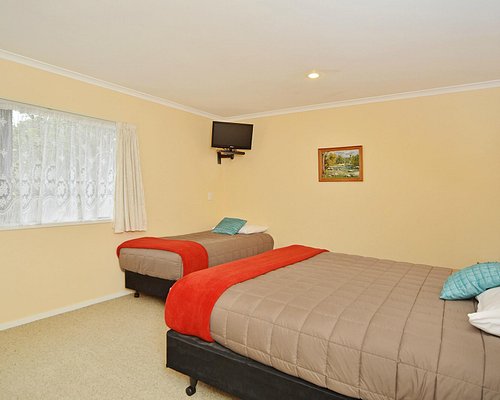 Priceline
View deal
Free cancellation
Reserve now, pay at stay
Booking.com
US$93
eDreams
US$93
Agoda.com
US$94
View all 7 deals from US$93
92 reviews
0.2 km from Bassingers Motor Lodge
We compared the lowest prices from 7 websites 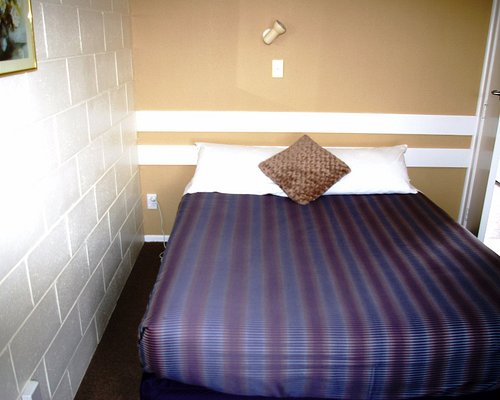 Priceline
View deal
Free cancellation
Hotels.com
US$97
Agoda.com
US$83
CheapTickets
US$97
View all 11 deals from US$83
46 reviews
0.6 km from Bassingers Motor Lodge
We compared the lowest prices from 11 websites 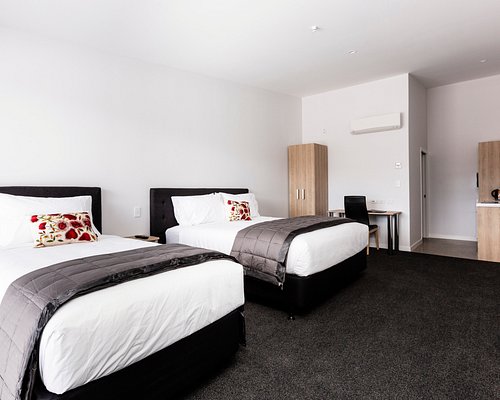 Stayed 1 night and enjoyed the hospitality and cleanliness of the facilities that we decided to extend our stay for another 2 nights. The owner Garry was very friendly. As the room we were given this time had double glazing the train noise was minimal. We stayed here last year and the place is getting better with age because of all of the improvements Garry & Monica have made to the motel & facilities. Try it you would like what Bassingers Motor Lodge has to offer.

This review is the subjective opinion of a TripAdvisor member and not of TripAdvisor LLC
234felixm
Wellington, New Zealand
397
Reviewed 26 December 2018 via mobile
Awful.

My wife booked via expedia which has no mention of the noise issues this place had. State highway at the front, railway line at the rear.

When reviewing the accommodation online she mentioned the noise. This saw the manager turn up at our unit door (6.30pm on Christmas day) wanting to talk to her about her comments. I made it clear to him it was not the time nor place for such a discussion.

Despite this he decided to email her to pursue the matter.

At check out the next morning he insisted on raising the issue again and was emphatically told to let it go. He continued, essentially accusing my wife of being a liar and insisting on having the last word.

I was furious and ended up letting him know of my anger in the bluntest possible terms.

His facetious and insincere wishes of a Happy New Year pushed me past boiling point.

What a way to ruin my family's Christmas

This review is the subjective opinion of a TripAdvisor member and not of TripAdvisor LLC
rugbytommo
Dunedin, New Zealand
132
Reviewed 24 October 2018
Excellent

Great location on SH1 at north end of Levin. Owner very obliging and helpful. Facilities were all that were needed and would definitely stay there again if passing. I can recommend it. Parking good. Fine for wheelchair.

This review is the subjective opinion of a TripAdvisor member and not of TripAdvisor LLC
Jo1969_12
Melbourne, Australia
7237
Reviewed 30 August 2018
Very clean

We stayed here for 1 night in early August.
The room was lovely and clean. The only downfall was the trains
at night time!
The owner Garry was very accommodating and was not far from the town centre.
Thank you for our stay.

This review is the subjective opinion of a TripAdvisor member and not of TripAdvisor LLC
Nat595
Taihape, New Zealand
8
Reviewed 26 July 2018
Great Accommodation

We booked 3 rooms for work. All rooms were very clean and tidy. The beds were comfy and clean. We were made aware of the train but they had double glazed windows and I never heard the train once in the night. My work mate did hear a couple of them but they were not overly loud. Will be coming back to stay one day.