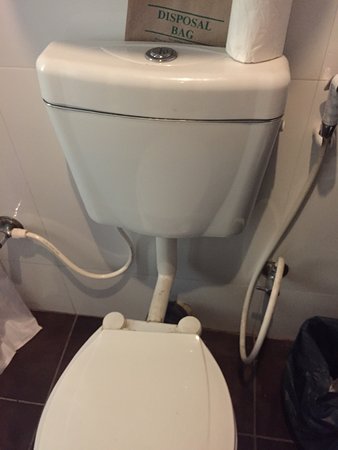 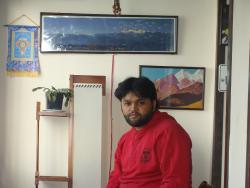 US$23
View deal
Hotels.comUS$30
Booking.comUS$27
PricelineUS$30
View all 14 deals
Payments made by partners impact the order of prices displayed. Room types may vary.
Prices are provided by our partners, and reflect total costs of the stay, including all taxes and fees known to our partners. Please see our partners for more details.

Nice laid back hotel near 1.5 kms from MG Marg near Mannan Bhavan
July 2022
Good
May 2022
Read all 527 reviews
Sanjay Chowdhry wrote a review Jun 2017
New Delhi, India322 contributions121 helpful votes
+3
Insecure Place Think at least 1 lac times before choosing this Terrible Terrible Terrible Hotel
Insecure place for your family as staff especially Mr Avinash tries to dominate and humiliate. Think at least 1 lac times Before booking this Terrible Terrible Terrible Stay-Total Mismanagement by Hotel Staff, No responsible person in the hotel to check Bad Mouthing &…
Read more
Date of stay: June 2017
Response from thenettleandfern, Manager at Treebo Trend the Nettle and Fern Hotel
Responded 21 Nov 2017
Dear Mr Chowdhury, In all our years of serving our guests who have stayed with us, we have never ever come across a person like you who can fabricate facts, write so many lies and malign other people's integrity. You forgot to mention the real truth about leaving your jacket in the taxi that you had booked for Nathula. Responsibility of belongings lie with the passenger at the time dropping off and not the driver. The driver, Mr Amit who is very well known to us was on another tour to nathula the next day called and informed us that he would return the jacket later in the evening which was communicated to you. Later in the evening, the jacket was returned to you at the hotel. Inspite of us assuring you about the same, you insisted that he return to gangtok from his tour and hand it to you rightaway. When the driver's mobile network was unreachable as he was driving to nathula and back, you had already accused us of stealing your jacket and you took all the liberty to abuse and misbehave with my staff.When the staff were firm on not being spoken to rudely and abused in bad north Indian language, you then left the hotel only to return with your police G D report! We have all the cctv footage of the incident. My staff as seen in the cctv footage was never threatening you and in fact there were other guests from Delhi at the lobby that day who were so embarrassed by your behavior that they apologized to us on your behalf as they also lived in Delhi ! The footage shows that you were swearing at our staff in rude North Indian bad language and it seems that you went to the police station thereafter to write your frivolous complaint which the police never entertained other than a receipt of a GD Report. Your story of not being served dinner on arrival is also plain lies as we call all our guests who check in late and offer dinner on arrival even if it is past midnight. We did call you and asked about your dinner and you informed us that you would not be needing it. Our kitchens close at 10.30 p.m and that's when you arrived and asked for dinner. As regards your complaint of different staff answering your call at different times of the day or night, all out staff have shifts and its not necessary that one person has to reply to you every time you call the front office. You seemed to have had problems with just about everything from our toilet seats, bathroom tiles, cistern, size of tv, no hd channels, no bathroom stool in the shower cubile !! :):), and then the long list of food complaints from items in the breakfast to dinner etc. You simply forgot that you paid only Rs 2100 ( $ 30 ) for you, your wife and your child ! Your accommodation charges were probably half your amount than even your taxi ride from bagdogra !! I think paying as little as that and wanting services of hotels which are 4 star and above is being rude and acting cheap ! Your tantrums didn't end when you reached Delhi and then called your Online travel agent, Go ibibo to refund you for your stay for all the 4 days and threatened them with a police complaint and legal notice threats !! :):)
Read more
Been to Treebo Trend the Nettle and Fern Hotel? Share your experience!